The Prince and the Thief

My story starts like any normal story—with a stolen diamond necklace. A heavy diamond necklace, at that. It rests in a secret pocket sewn inside my tattered trousers, bringing a smile to my face. I know this one’s going to fetch good money.

A luminous full moon illuminates the inky night sky, creating the perfect atmosphere for a robbery. Crimson Street spreads out all around me, its gears twisting and turning. Candles burn down inside streetlamps, and the people out at this time of night are the sort nobody wants to keep company with. Nobody except me, that is.

No guards patrol Crimson Street, for even they know it is beyond hope. The house windows are dark, and the only people awake are drunk or drinking. The underbelly of the city, however, has just come to life. Pubs, revolutionary clubs and pawn shops selling stolen trinkets open only after all traces of sunlight are long gone.

I round the corner at Hatty’s & Fatty’s, an old pub that smells of roast beef, gravy and ale, just as the gears under Crimson Street rewind. The streets begin to break apart, rearranging themselves like long iron ladders. People and objects roll around like marbles on a granite floor. I jump over a gap and on to the fifth offshoot, which happens to be an alley, avoiding stumbling over a drunk man who comes rolling down. Rats and bandicoots scurry in the dark corners of broken streets. When the rearranging stops, I’m standing in a quiet alley. I walk in the dark, aware of all the moving shadows. I still upon hearing a sharp crack.

“P-please… Spare me.” The voice originates beyond me.

I hide in the shadows. Yellow light pours from the back door of a house a few feet from me, framing a heavy man on his knees. Over him stands a city guard, dressed in purple and gold uniform, holding a whip. His face is harsh, lips curved into a cruel smile. The light frames another figure standing by the door—a young girl with her head covered in a white maid’s cap. She’s young with long brunette hair and muddy brown eyes.

“You haven’t paid your taxes.” The guard’s voice is menacing.

“I-I couldn’t… I have so much debt and… the farm isn’t doing well. Crops failed this year—”

A loud crack resounds on the broken stones, sending shards of cobblestone flying. “Enough! I’m tired of hearing excuses all week. It’s your duty to pay tax to his majesty.”

“But the tax is too high. We can’t afford to eat if we pay taxes—”

Another whip. This time it hits the farmer’s shoulder, stripping a piece of his tattered white shirt with it. His skin reddens, a few shallow capillaries bursting open. A red mark forms under his right cheek.

“Make sure you pay up by tomorrow,” the guard says. “In the meanwhile,” He grabs the hand of the girl at the door. “I’ll keep your daughter. Come get her once you pay your dues.”

“No, please—” The civilian grabs onto the city guard’s leg. The young girl tries to break free, but his grasp is too strong.

“Those who don’t pay taxes don’t have rights,” the guard says, dragging the girl.

My right leg moves on its own, stepping into the light, but the heavy necklace in my pocket holds me back. I don’t like seeing city guards on regular days and today is a job day. I can’t risk being found out and losing a year’s worth of living expenses. I raise my hand and icy blue sparks crackle at the tips of my fingers. I close my eyes and pray nobody ever discovers this before unleashing a jet of water in the guard’s face.

“What the—” He looks around, startled, but doesn’t let go of his grip on the girl. Unlike royal palace guards, city guards don’t wear armor. I pull my sleeves back, getting ready to do more damage, but before I can, the earth begins to shake.

When I turn, a shadow stands cloaked in black. My eyes widen as his hand extends, sparks of green light crackling at his fingertips. Something cracks, and the earth begins to shake. “What—”

I lose balance, sliding backwards towards the shadow, but manage to catch myself just in time to break the fall. I land under the cloaked shadow. From this close, I can see the boy’s hands emitting a green light.

The shaking earth splits and two vines emerge from under the earth, wrapping around the city guard’s hand. He immediately lets go of the girl, who falls back into her father’s arms.

Wind begins to blow, the cloak sliding away from the shadow’s face. His black eyes are intensely focused on making his magic work, the green light now surrounding his bony fingers. His face is pale as the moon, his jaw angular, and his cheekbones sharp. The vines that wrap around the guard constrict him tighter.

“Stop it. You’re going to break his bones,” I say. The shadow loosens his grip but doesn’t let go. The farmer and his daughter are looking in our direction for the source of magic. “Guards and tax collectors are nothing but trouble.”

“Stay out of this,” the shadow says through gritted teeth, the vines growing taller. I hear the tension in his voice.

“You’ve got magical abilities. You’re a noble,” I chatter on, trying to distract him into letting the guard live.

“Mind your own business.” He’s not flushing so he must be serious.

“What’s a nobleman’s son doing in Crimson Street?” I don’t know why I’m making conversation with a nobleman’s son in an alley when I should be running for my life. In my defense, it’s my first time seeing a nobleman’s son helping a common man. And his gold bracelet is particularly attractive. I count four large rubies set in gold. That thing’s going to fetch a fortune at the pawnbroker’s.

Aristocrats spell trouble for a jewel thief like me, but there’s something calming about this one as I lightly pry the ruby bracelet from his hand. He’s too absorbed in his magic to notice.

I admire his control. Being a noble, he’s received years of magical education and training. The precision with which he controls his abilities is not something that can be acquired overnight. The vines don’t falter despite my persistent attempts to distract him. They climb higher and higher, tossing the city guard over to the other side. The city guards are shocked by the sudden intrusion. Perhaps they didn’t expect to encounter any magic at Crimson Street tonight.

By the time the bracelet is securely in my pocket, the boy lets go of the vines, the magical light draining from his hands.

“Did he survive?” I ask, stepping closer.

Now that the magic’s gone, I smell the acrid smoke and decaying compost mingling with the air, and hear rats moving in gutters.

“Yes.” His voice is a slow whisper. As I turn my head, his eyes bore into me.

Up close, I notice how young he is. He can’t be older than my eighteen years.

“Who are you? I’ve never seen anyone with the power to manipulate water in Ambrosia City.” He breaks the spell.

He’s right, of course. Water powers are virtually unheard of in this part of the world. What’s more, commoners having magical powers is already considered a threat to the aristocracy.

That’s my cue to leave. Nobody can know who I am because secrecy is a thief’s currency. So I say, “Uh… it was nice meeting you. Bye!”

I run as fast as I can, with a large smile on my face, never looking back.

A vine rises up to grab me, but fortuitously, Crimson Street breaks open before that vine circles my leg. The gears turn and buildings rearrange themselves, allowing me to escape through a crack.

“Wait!” His voice is lost in the turning of gears. 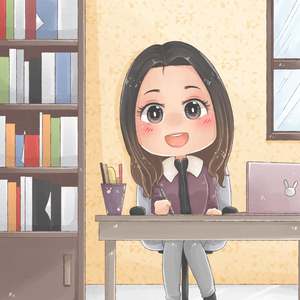 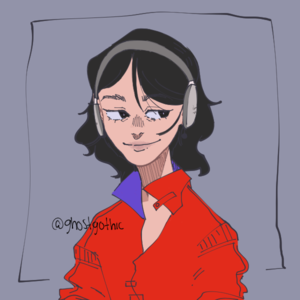 This is the first bl novel I’m going to read on Tapas, I’m excited!! 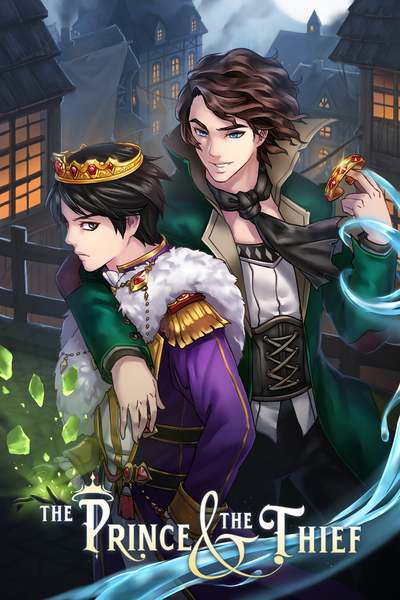 The Prince and the Thief

Eighteen-year-old Will is a jewel thief with only one goal in life — to be rich. That's why when he spots Aidan, the second prince of Ambrosia saving a peasant girl from royal guards, he steals the prince's ruby bracelet. Unfortunately, Will stumbles into Aidan again during a robbery, and the two strike a bargain.

In a world where same-sex relationships are forbidden in the royal family, Aidan is attracted to men. To make matters worse, his uncle is in possession of love letters that Aidan exchanged with his old lover. In a desperate attempt to retrieve the incriminating letters, Aidan hires Will and offers him a chance to save his neck. However, the unlikely partnership blossoms into something more even as political tensions threaten to separate the two. Will they end up together or be torn apart by the hands of fate?
Subscribe 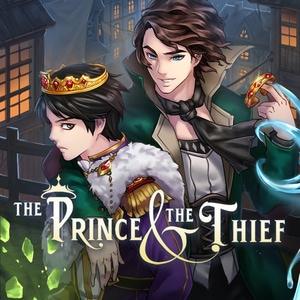