The Secrets of Jean-Baptiste

It’s funny how quickly dreams-come-true can dissolve into nightmares.

Art’s walking out of his third gas station and another printed copy of his resume short when it happens. He hits something solid, immovable, and very, very cold. Smashes his nose on it, actually, so hard something inside breaks—a blood vessel, no bone or cartilage. It’s getting colder the closer Calgary gets to the first snow, and Art’s got the kind of skin in winter that cracks like saltines.

Something liquid-hot and slippery and wrong drips to his hand as he covers the aching bridge and groans. God, it better not be blood. What the hell did he run into? Art forces his eyes open through the pain, ready to give whatever wall suddenly cropped up out of nowhere a swift kick for its attack on him, but there’s a bit of a problem.

What he ran into was not a wall.

A chest clad in the nicest three-piece suit Art’s ever seen, jet black and fitted to every line and angle of the wearer’s body, tapered at the waist and ankles and wrists.

The suit belongs to a man with dark hair and eyes the color of ink, impeccable bone structure, soft lips. The suit and white button-up shirt also have drops of angry red blood on them.

“Oh my god,” Art cries, caught between trying to wipe it off and pinching his nostrils shut as hard as he can. “Oh my god, I’m so sorry. I’m so—shit, are you okay?”

“I believe I should be asking you that.” A handkerchief appears beside his hand. “Please, feel free to use it.”

It’s silk and water on his skin, finer than a handkerchief has any right to be, and Art’s nose is on fire and bleeding faster than an old faucet, and the mystery suit man is smiling like he’s amused, or maybe disturbed, and the only thing Art can think is I’m so screwed.

There’s no way he can afford to pay for dry cleaning.

He can’t even afford rent.

Art’s ratty messenger bag—the one he’s had since high school when they were still cool—slips off his shoulder and slaps to the asphalt. Inside, the gas station attendant that reluctantly took his resume like it was made of bees frowns at them. Art’s heart leaps to his throat. He can’t afford to give a bad impression, either.

“Thank you,” Art says, nodding to the handkerchief as he clutches it to his nose. “But your shirt—I swear I didn’t see you there, I was in a rush to get to the next—uh…” He trails off, unwilling to reveal the destitution of his circumstances to this incredible stranger.

The stranger stares at the handkerchief, soaking in Art’s blood. He licks his lips. “Apologies aren’t necessary, friend. It was an accident on both our parts; I’m afraid I was just as careless as you were. If anything, I’m ashamed for injuring you.” His pupils dilate, dark and cold.

The man pauses. Inhales. Slow and steady. Like he’s savoring something. He says, “I’m Jean-Baptiste Dubois,” and holds out a hand.

Art switches fingers squishing his nose and grips Jean-Baptiste’s hand. “Arthur Culver. Thanks for being a good sport about this.”

Art has a thing he doesn’t talk about. It’s not something he hides, but people look at him funny when they find out, say things like That can’t be true and What are you, some kind of freak? so through the sheer mortification of being thought of as odd, he keeps it close to his chest.

Art’s thing is this: He can tell when someone is lying, and Jean-Baptiste Dubois is not lying.

Art clears his throat. “Hey, uh, it’s been nice to run into you and then meet you in that order, but I’ve got to go. I have a few more stops to make before I go home tonight.”

“Errands on a Tuesday?”

Art laughs. “Kinda. Just me and this stack of resumes.”

The flow from Art’s nose stops. He sniffs, swipes a clean part of the handkerchief beneath his nostrils to wipe away any remaining blood, grimaces at it. It’s covered in red. “Yeah, uh, doing my best. Just trying to find something I’m qualified for, you know? It’s tough in this market.”

Even tougher for a college drop-out that’s only been employed once in six years. Art’s desperate, he’ll readily admit that, but getting into the family drama with a stranger is bad form.

But something is happening on Jean-Baptiste’s face. His manicured brow wrinkles, black eyes shining, lips parted like he’s on the verge of revealing a great secret. Then he sucks in a breath, says, “It so happens I’m in the market for a new employee. A live-in butler to help manage my estate. I’m holding open interviews for the next few weeks—would you be interested?”

Jean smiles, closed-mouthed and secretive. “As the grave.”

Live-in would solve one of the many, many problems associated with not having had a job in half a decade. He could finally get off Kinsey’s couch. He could have his own room and not even have to pay for rent. He could save. Buy things. Eat. “But, uh, I don’t have any experience. I’ve never worked as a butler, I don’t know how—”

“Any job can be learned. I don’t bother with experience. I’m more concerned about the quality of my employees.”

Art doesn’t know why it puts him on edge.

Jean-Baptiste looks over his shoulder at an imported car the color of his eyes and calls gently, “Caite, will you please give this gentleman our address?”

The car is parked beside one of the pumps. The young woman filling the tank Art hadn’t noticed until now slides the nozzle back in place and turns. Slow. She’s got hair as short as she is and red as poppies, and he thinks he knows who she is and hopes he’s wrong. Their eyes meet. His blood turns to ice.

Jean-Baptiste motions to her. “Arthur, this is—”

“The address on the back is my home, and where you would be working and living if you are hired. Your acquaintance Caite is one of my employees that lives on-site. Funny how small the world is, no?”

Art doesn’t find it funny at all.

“Now, for the interview. Shall we say Thursday at nine o’clock? Or is that too soon?”

“That’s fine.” There’s no way in hell he’s going to interview now. Not if he’ll be working with Caite fucking Lifton. It’d be hell for both of them.

But Jean-Baptiste Dubois smiles, a rare and bright thing, a soft thing. It’s quite beautiful, and catches Art off guard. He holds out his hand for the handkerchief. “I’ll take that away from you if you’ve no use for it.”

“Oh—no, I should get this cleaned and return it to you later, it’s all bloody—”

Just I insist. No fanfare. No reasoning. It feels like a request he cannot refuse, so Art drops the crimson-stained cloth into this strange man’s pale hand and watches it disappear into his pocket, blood and all. Caite turns away and doesn’t look at him again. It hurts, even if he deserves it.

Jean-Baptiste says, “I’ll see you nine o‘clock on Thursday. I’m looking forward to your interview, Arthur. I have a feeling you and I are going to be very close.”

Hello killers and welcome to The Secrets of Jean-Baptiste. I hope you've strapped in because this is gonna be a bumpy ride lol 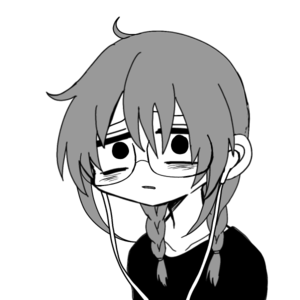 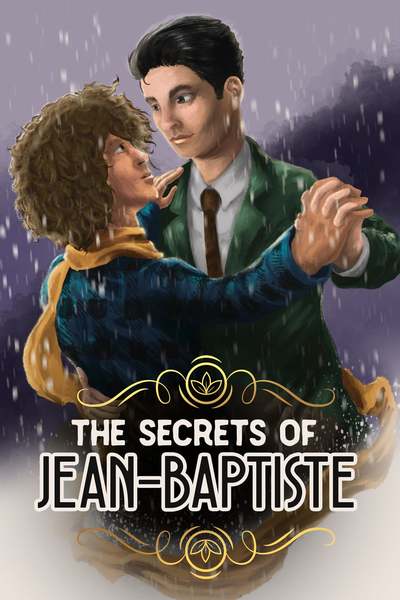 The Secrets of Jean-Baptiste

It was always going to end in a bloodbath.

Arthur Culver loses all hope of normal life after six years unemployed, broke, and homeless. Doomed to sleep on his best friend’s couch, he’s blindsided when one of Canada’s wealthiest men offers him a job as his butler. Doctor Jean-Baptiste Dubois is charming, generous, handsome. A perfect boss. A perfect man.

Art’s dream job becomes a nightmare when facts about a former employee’s departure point to foul play. All of Jean’s previous butlers have disappeared, and Art’s beginning to suspect he may be next. With whispers and lies and cover-ups circulating the manor, Art’s forced to face the truth: Something is very wrong with Jean-Baptiste, and everyone knows what it is but him.
Sucks he might be falling in love with him anyway.
Subscribe 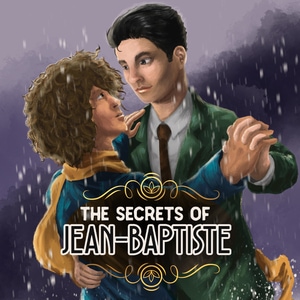