My father decides to breathe his last breath on a Saturday night, because he is nothing if not determined to ruin any chance I have to lead a normal life. The party’s music grinds to a halt as the DJ leans over to a man dressed entirely in black, his expression somewhat serious.

When the bass drops, it takes my stomach lurch with it. The momentary silence before the beat kicks in, vibrating through my chest faster than my heartbeat. The dancers are jumping, faces turned towards the DJ in adoration, drinks spilling down arms thrown in the air, glow sticks waving.

The air tastes stale with alcohol and sweat, but most here are too intoxicated to care.

I wish I were too.

The DJ lifts the microphone to his lips and makes the announcement.

All eyes turn to the VIP section, where I sit with my friends. I have a flute of champagne in my hand. I raise it in salute and down it. The club mimics the gesture and the music plays.

“Damn, Leander, you better get back to the palace,” Jack shouts over the music.

The people, my people now, are already dancing again. They lean into each other, bodies intertwining as they share the news. The death of the King has had as much effect on their night as the changing of one song to another.

It is not the same for me.

Jack is concerned. He’s leaned in now, his face flushed slightly red from alcohol. Perhaps he thinks the death of my father has made me upset? In all honesty, I barely knew the man. I feel overtaken by a numbness from my shoes to my collar. My father’s time was taken up with his ‘Kinging’ duties that left very little time for something as plebeian as raising a son.

“It would be bad PR if you stayed.”

That’s Clyde. He’s six feet four, only wears one style of grey suit, and always carries a firearm. He’s my bodyguard and my handler. I don’t doubt that he is right, but I am more than annoyed that my weekend will now be taken up with matters of succession and not what I had planned - a drunken and discrete affair with the Earl of Dencer's son.

Anger is part of the cycle of grief, but I know myself well enough to ascertain that is not the case.

“Your Highness,” he prompts again when I make no effort to move.

The DJ starts to play a remix of the Svaltovan national anthem. The usual soaring baritone of the men’s choir is replaced by a heavy, electronic bass that makes my teeth rattle.

“Yeah, alright, alright,” I say, getting to my feet and squinting up at him. I am not short. I’m tall enough to be considered above average, but I always feel somewhat delicate when stand by Clyde’s towering form. There hasn’t been much time to lift weights lately.

“Thank you, Your Highness. I will make sure the car is ready.” Clyde reaches into his pocket and starts messaging the driver. “Please make sure that you are prepared for the paparazzi. There are quite a lot outside already.”

I smooth down my clothes. A Svaltovan designer, of course, and appropriately enough, entirely black. I suppose I knew this was coming. My father has been sick for months now. Even so, it has been a long time since a King passed away before his seventies.

My father was only forty-three.

Clyde leads me through a back door out of the club, through labyrinthine corridors plastered in posters for long since gone events. There’s no way that I, the Prince of Svaltova, can fight my way through the rabble below. It would be unseemly, especially as I am supposed to be grieving.

I make sure my expression is schooled into something that is carefully neutral upon exiting the club. There are blinding flashes, and a cacophony of noise as people scream my name, my title, trying to get me to look at them.

“Eyes down,” Clyde says. He’s being helpful. He knows I’ll look far sadder if I don’t look directly into cameras.

I slide into the all black state car, Clyde slipping in after me and shutting the door. The driver has the radio on. It’s playing the national anthem.

“Long live the King,” the driver greets me solemnly. “The Palace is waiting for your return, Your Highness. ETA is twenty-five minutes.”

“Thank you,” Clyde says on my behalf.

I stare out the window and watch the city of Svalgund go by. The lights, the people, the restaurants and late-night stores. Tomorrow, they will all be closed: a day of national mourning for the King that has passed by his loyal subjects. Now, they are all mine to rule by virtue of having been born to the right family, on the right day.

The national anthem soars to a new high, the brass band exuberant in bidding farewell to the previous King and welcoming the new one. The speakers in the car distort the sound as it rises. I blew them out nearly three months ago. That night had ended in a far more enjoyable manner.

“Turn the radio off will you,” I order, scowling. The driver immediately does, glancing back at me in the mirror, but says nothing.

I wind up the privacy window between myself and the driver. Clyde turns to me, but quickly looks away again, his mouth curling downwards.

I put my head into my hands and try to prevent the inevitable wall from breaking down even as a tear squeezes out from my scrunched-up eyes.

Really, did it have to be tonight that I was made King? 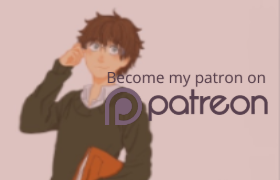 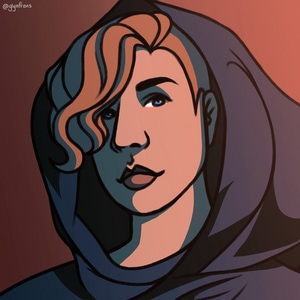 Hi! Welcome to ‘The Accidental Prince’ and return readers – welcome back! This novel won the Community Pick for the 3rd Writer’s Camp! It’s now going to be updated twice a week right here on Tapas until it’s 100% complete!

The first chapter sets up one of our main boys, Leander. And yes, he’s an arrogant one! For those wondering, he’s the black-haired one on the cover!

Thank you for reading and I hope you enjoy! 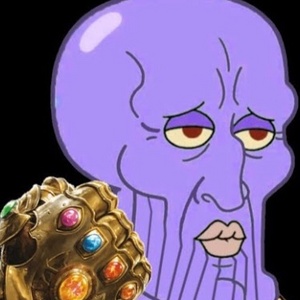 squid of the ward

i love this series but how come it’s premium now? 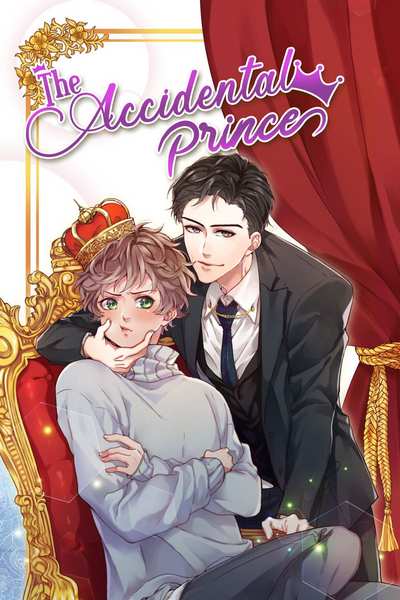 Prince Leander Richard Dorian Mediean has made a huge error. Due to an ancient law and an arrogant turn of phrase, he has accidentally given up his claim to the throne to Bram, the Palace's librarian. Forced to switch roles with the new Prince Bram, and prepare him for his new role as future King before the Coronation, Leander can't help but start to feel drawn to Bram's sunny disposition despite his raging jealousy.

But even Palace librarians have a past, and if Bram's secret gets out, it could spell trouble for the entire Kingdom. Not to mention, Leander's uncle has his eyes on the throne as well and wants to recruit Leander to get his hands on it.

Will the arrogant prince fall in love, or will he aid his uncle and take back the throne?
Subscribe 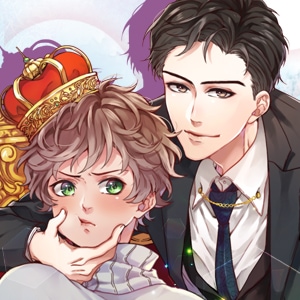