"Idiot, watch where you're going."

But some people just really piss me off.

"My apologies..." My voice is anything but apologetic.

I contemplate the benefits of murder while glaring at the stranger who dares to tell me to watch where I'm going. We both know he was the one that came storming out of the elevator with a cup of coffee without watching where he was going like a total dumbass.

"Are you okay?" I ask sweetly, even though I don't really care. Actually, I hope that shit gave him third degree burns.

"I would be better if you gave me the money to have my suit cleaned,” the stranger replies like he actually thinks I’ll agree with him.

The jackass actually holds out his hand like he expects money from me. The only thing I'll give him is my foot up his ass!

"You want me to pay to clean your suit?" I inquire. Sorry, but there must be something in my ear. He didn't seriously ask me—

I gape at him; he's pulling my leg, right?

My immediate response should be hell no, but my possible future colleagues are standing all around us. Although there's obviously already a scene, I don't want to escalate it, but I definitely don't want to pay for this guys’ suit. His scowl tells me that he isn't going to give up until I do, though, and, damn it, I'm too stubborn to back down, either, so let the arguing commence!

"I'm sorry that you spilled coffee on us“—I gesture between us, pointing out that my suit isn't sparkling clean, either, courtesy of his mistake. I have a possibly, most likely, life-changing interview to get to in about 15 minutes and now my once-pristine white shirt is a disgusting shade of shit brown—“but I think we both know who actually should be the one paying for it. I won't ask for your money if you won't ask for mine."

The stranger looks ready to argue with me, his pale green eyes sparking with frustration. If he is going to argue, then he’d best expect a fight, ‘cause I ain't backing down, either.

Suddenly, his attention is turned away when his phone goes off in his pocket. Both of us look to the device that successfully stopped our likely going to be heated argument. He hesitates to answer it but slowly does so with a few low grumbles.

He's glaring at me when he asks, "What?"

Oh, so he's an asshole to everyone and not just me? Nice to know.

Before I can say another word or even attempt to leave, the jackass brushes past me, making sure to ram our shoulders together as he does. I grunt at the unexpected touch, rubbing my shoulder while glaring at his retreating back for his childish behavior.

"What an asshole," I hiss under my breath, but apparently not low enough.

That retreating back of his suddenly stops and I'm left standing in silence when he throws another heated glare over his shoulder at me. His dark brown hair cuts shadows into his face only allowing his green eyes to become even brighter. Seeing those narrowed eyes only makes me glare just as strongly back but after a moment of awkward silence the stranger seems to shrug my insult off and leaves with a huff.

Well, he didn't disprove my statement. He really is an asshole. It's hard to imagine someone like him works at a successful company like Sinas. Whatever, I need to forget about it. I have more important things to be doing.

Rolling my eyes, I step into the elevator while inspecting the portfolio beneath my arm. Thankfully nothing managed to get on my binder or in it so all my papers are safe. I guess they are also all locked away in plastic sleeves but it made me a little paranoid regardless.

This is a huge opportunity for me, for anyone actually, because interning at Sinas is basically setting oneself up for getting a job immediately after graduation. Isn't that every college student’s dream? I won’t be starving on the streets for months while desperately searching for a job that wants experience. How am I meant to get that experience if no one hires me, huh?!

That’s not my point, though… My point is that I have exactly 11 minutes now until my interview, which leaves me no time to find a way to clean my suit. Freaking jackass, telling me to watch where I'm going when he wasn't paying attention. If I see him again I'm going to punch him in the fucking face! 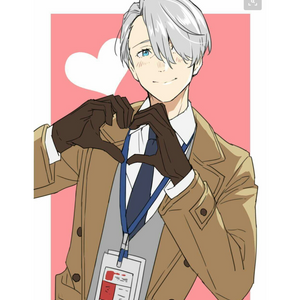 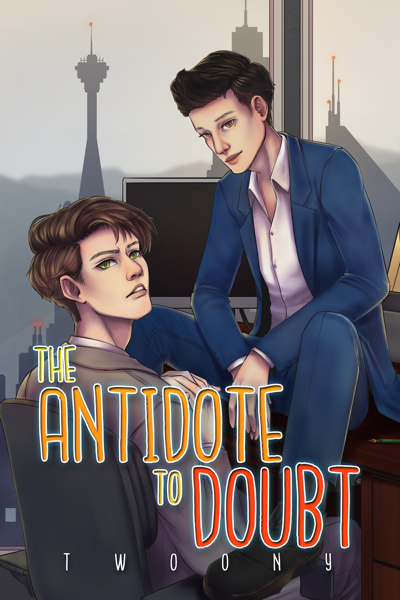 Carter is a senior Business major at East Gale University and he's desperate for an internship. On his way to an interview at Sinas, the most prestigious company in the city, he bumps into a man who ends up spilling coffee all over them. Carter throws out some choice words and thinks that's the end of it... until the coffee-spiller turns out to be his boss.

Now Carter is stuck working under Zeke, who says he's moved on since the coffee incident but keeps piling more and more work on Carter's desk. How is Carter supposed to survive senior year when his boss won't let him catch a break? Especially when that boss is way more attractive than he has any right to be...
Subscribe 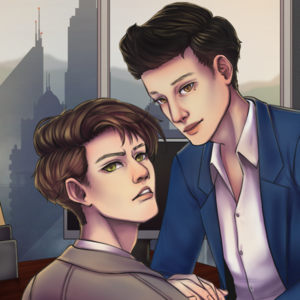