During middle and high school, I was ostracized…It wasn’t very serious because I wasn’t bullied or beaten up or anything. Even so, I was shunned by the other kids. At that age, I was unaware of the reason since I did well in school and had a friendly disposition. I discovered the reason far too late, when I was a college sophomore, only because I happened to overhear a couple of girls talking.

“I know— that bitch is always looking for a sugardaddy. I can’t stand her.”

When I heard my so-called friends talking shit about me, I became depressed. It’s so unfair! If only they’d known that I’ve been chronically single and I never... Oh, what’s the point of explaining myself? They’d just say I was making excuses or call me a liar.

Anyway, the other girls said I was quite the flirt with the boys. I had no idea what they had meant until I was twenty-three when it slowly dawned on me. Even though I never sought them out, I was pursued by men …with money. They would buy me designer handbags or expensive cosmetics I liked, even though I had never asked for anything. At first it made me uncomfortable, and I refused. But gradually, I began to enjoy it.

Maybe my college friends were right about me. Maybe I was a flirt who sized men up by the bulk of their wallets. But, at twenty-six, I changed my ways. This change came when I started dating Jinsu. Jinsu was neither rich nor particularly handsome, but he obviously cared for me. He didn’t rock my world and make me see stars, but I felt content. More than the thrill of being chased by rich men and showered with luxury goods, I relished the comfort of eating a simple meal Jinsu had made in his tiny studio apartment. Looking back, I can say without doubt that my time with Jinsu was the happiest in my life.

Then, everything changed in a flash. A man who used to follow me around, telling me again and again how much he wanted me –loved me – waited to find me alone then plunged a knife into my flesh. He said if we couldn’t live together, we should die together. I heard his sinister laughter and his voice that somehow seemed sticky to me.

“You bitch. This wouldn’t have happened if you had just loved me!”

I felt the life drain from my body as his voice became increasingly distant.

“No…” I protested. A face wavered before me, and I fought to remain conscious. I wanted to live. The memory of the text message I’d just received from Jinsu came to me. I got off work early and made stew. Come home soon. Miss you.

Jinsu was waiting at home for me. I tried to rise, but failed. I regretted I hadn’t texted him back to tell him I missed him too.

I had never once told Jinsu I loved him. The image of his sweet face wavered before my eyes. I hadn’t realized how much I loved him until this moment. But now, on the brink of death, I was overcome with yearning to see him. My despair, knowing I’ll never see Jinsu again was more painful than the searing pain of the metal in my flesh.

I heard the man’s sickening voice again. “I love you.”

I wept. I knew I was dying. But there was something I wanted to say. Instead of cursing bitterly, instead of letting out one final scream, with my last breath I started to say, “Jinsu, I lo…”

But then I was overcome by sleep.

Had I really fallen asleep? I was definitely not dead. I was lying blissfully in bed, a high ceiling above me. There was modern, indirect LED lighting. A pleasant New Age melody played. I felt something soft and warm to the touch, and a comforting, sweet smell tickled my nose. All was well. But then I realized the one thing that was amiss.

With a start, I realized, I wasn’t in my house. I snapped to attention. Had I been kidnapped? My mind went blank, and I shrieked.

What is this? No words left my mouth. I was dumbfounded. Only then did I realize what had happened. I can’t believe it. I tried shutting then opening my eyes. No, I was still dreaming. I tried to pinch something.

I’m a baby! It all seemed absurd.

Then I heard a voice. “Another worthless girl? You should be ashamed of yourself.”

I didn’t know it then, but that voice belonged to my father. 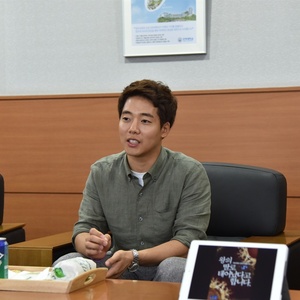 BEFORE YOU GO ANY FURTHER, PLEASE READ:
As someone who spent far too much time and money on reading this story, please heed my warning. This story is, frankly, terrible. Don't be fooled by the first few chapters being good. Whoever wrote this has minimal skill when it comes to translating. Constant grammar errors are irritating, but more than once the comment sections of chapters were filled with confused readers because of how absolutely incomprehensible the writing is.
Scenes will switch without warning or any sort of notice. One moment, it will be 3rd person between two characters in a field, and without missing a beat, suddenly it will be 1st person. You may think that the first person would always be the main character, but no, you're wrong. Sometimes it will be a random character that will be 1st person, sometimes it's 3rd person AND 1st person within the same paragraph.
Oh, and names? Constantly mixed up. It seems as if the author skipped paragraphs or details so you will go from two characters in a car to suddenly flying for no reason? 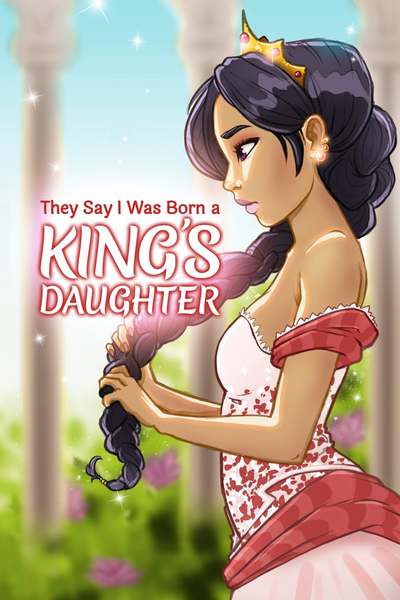 Royalty isn't all it's cracked up to be.

A murder victim is reborn, fully conscious of her past life, as a king’s unwanted daughter in a new world where despite the end of all wars and advancement of science, misogyny reigns. 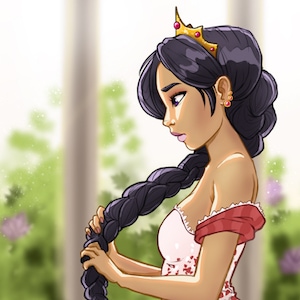