Things I'd Rather Do Than Die

Our last customer of the day flashes me a pinched smile as he limps out of the gym.

Stop thinking about it.

That’s been my mantra for the past two weeks. Two weeks of scans and second opinions and hushed conversations about right temporal lobes and . . .

Stop. Stop thinking about it.

Easier said than done as the customer winces in pain as he walks out the door. I give him a sympathetic smile, then blink the moisture from my eyes, hoping he doesn’t notice. He would doubtless consider me certifiable for finding his overworked muscles weep-worthy. But the thoughts that I’ve been pushing down for two weeks come spewing to the surface when I see such a healthy-looking man limping out the door.

A rumble of thunder echoes in the distance.

I jump a little when my boss, Stan, rests his hand on my back. “Got the towels refilled and the machines wiped down, Jade?”

Uh-oh. Does he notice my misty eyes? I have got to pull myself together.

“Yep,” I say, my fake cheerfulness now perfected to something of an art form. “Everything except that guy’s elliptical. I’ll go wipe it down now.”

Okay, that’s too cheery. I sound downright euphoric at the prospect.

“Great,” Stan says, winking at me (which confirms, to my mortification, that, yes, he does notice my tears). “I’ll start locking up. Then we can both go home and get a good night’s sleep. Time and a half tomorrow, remember?”

“Yeah, that makes it totally cool to have to be back at 5:30 on Labor Day morning,” I say, hoping my sarcasm douses his pity. I can take anything but pity.

As I walk from the counter toward the ellipticals, someone suddenly bursts through the door. I glance in the newcomer’s direction, then roll my eyes and head back for the counter. Stan never turns late-comers away, so it looks like my work day isn’t over after all.

“I’m so sorry,” the guy is saying breathlessly to Stan in a light Southern accent. It’s Ethan Garrett. We’ve been classmates since fourth grade—that’s when I moved here, to Tolliver, Georgia—but we’re just barely acquaintances. He’s a nice-enough guy, but his A-list status means we might as well inhabit separate planets.

“I’d forgotten you guys close at six on Sundays,” Ethan continues, running his fingers through sun-streaked hair. “Any chance I can squeeze in a quick workout? Twenty minutes tops?”

I press my lips together. Stan won’t get stuck staying late, I will. This is why Ethan and I occupy parallel universes: he’s clearly accustomed to using his “aw-shucks” charm to ensure the proverbial touchdown in every play of life. (Both literally and figuratively. Of course he’s the high school quarterback. Because, you know, nature didn’t heap quite enough wonderfulness on him with dimples and natural highlights, so society had to step in and take up the slack.)

“Thanks so much,” Ethan tells Stan, then tosses me a dimply “aw-shucks” grin as he heads toward the equipment.

I’m an outlier. Take my academic standing, for example: I make good grades (excellent grades in the subjects I care about), and I have killer one-on-one discussions with my teachers. For instance, Mr. Becker and I once spent a week’s worth of study halls discussing whether the ending of Catch 22 was a massive victory or epic fail. But I’m not a joiner, so I tend to fly under the radar. Whereas my AP classmates’ club memberships take up half a page by their yearbook photos, my yearbook photo looks like a mugshot. Not only does the bio space look like a wasteland, but my “vaguely grumpy expression” (Gia’s words, not mine. I was going for deep and angsty) suggests homicidal tendencies.

I’m even an outlier in my own family. My uber-outgoing sixteen-year-old brother, Pierce, bears an uncanny resemblance to our dad, with his lanky six-foot frame, chocolatey complexion, tight black curls, and crazy-gorgeous cheekbones (courtesy of some Cherokee blood that filtered into the gene pool at some point, or so I hear). My eleven-year-old half-sister, Sydney, looks like Lena, my Filipino stepmother, with shiny, ebony hair and naturally pouty lips. Me? Other than my caramel-colored skin and dark curls, I’m told I look like the white lady whose texts and emails I’ve been ignoring for the past few days. My friend, Gia, jokes that our family portraits look like college recruiting brochures.

And the “diversity” doesn’t end there. Let’s see: On some Sundays, I’m dragged to Grandma’s church, Mount Zion AME, for lots of free-form swaying and hand-clapping, while on others I’m sitting/standing/kneeling ramrod straight and mumbling preassigned lines at Our Lady of Perpetual Monotony. Lena’s the Catholic in the family, and I’ve actually completed most of the sacraments. But I inherited my dad’s don’t-ask-don’t-tell approach to organized religion, and now that I’m old enough to protest, I’m mostly left alone on Sunday mornings to read my novels. Grandma raised Dad, and Lena married him, so they can’t exactly rag on me for following his lead of sleeping in. Not that it doesn’t keep them from trying.

So how would I categorize myself? Let’s just say that there are the Ethans of the world, who have one easy box to check on demographic forms, and there are the African/Caucasian/Cherokee/Protestant/Catholic/Agnostic girls like me. Or, to put it even more succinctly, the Ethans are the stars of the show. The Jades are the extras.

But whatever. Who cares. I’ve got real problems now. My stomach clenches for the four-thousandth time of the day.

“Sorry,” Stan tells me as his eyes follow Ethan’s trek toward the free weights. “There’s always that one straggler, right?”

I manage a smile. “No problem.” 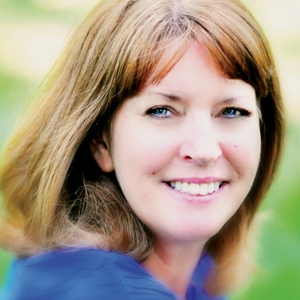 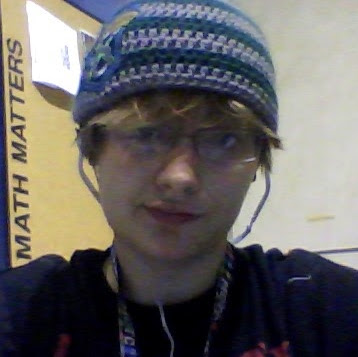 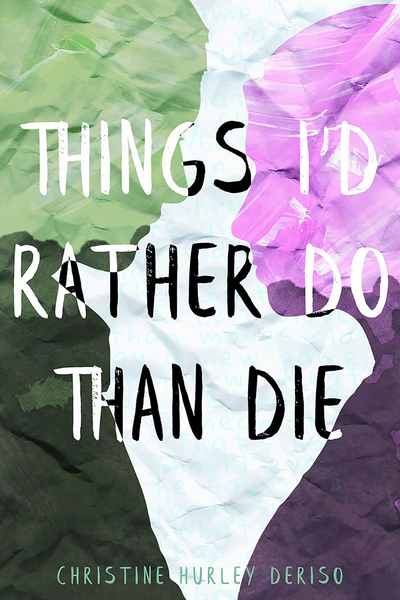 Things I'd Rather Do Than Die

Jade Fulton and Ethan Garrett are opposites in every sense of the word. Ethan is an all-American poster boy—a star athlete dating the most popular girl in school and a devout Christian. Jade keeps mostly to herself. She abhors joining “things,” hates everyone at their high school except her best friend, Gia, and considers herself agnostic.

When Ethan and Jade find themselves locked in an aerobics room overnight, their confinement forces them to push past the labels they’ve given each other. Jock. Loner. Jesus freak. Skeptic. Golden boy. Intellectual. Amid hours of arguing, philosophizing, and silly game playing, Ethan and Jade learn there’s a lot more to the other person than meets the eye.

After that night, life returns to normal and each goes back to their regular lives. Still, neither one can shake the unexpected bond they formed and they can’t help but question what they’ve been taught to believe, who they want to be, and where their hearts truly lie.
Subscribe 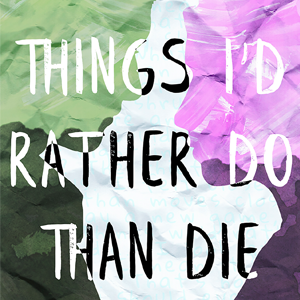