“I wonder what kind of men will come tonight,” Thyra murmured as she applied red tint to her lips. She was leaning on the dresser and staring intently at the mirror, her long brown hair coiled together tightly. She was dressed in a thin gown that showed off the curves of her body; a dress that was meant to catch attention. “Last night, I was with a terrible man.”

I combed my black hair and raised a brow at her. “Terrible? He looked handsome enough.”

“Rough and scarred and messy,” she said, scrunching her nose in disgust as she pulled away from the mirror. “His face wasn’t too bad, but he was boring.”

I let out a laugh and shook my head as I continued combing my hair, which was as straight and silky as ever—beautiful, like obsidian stones, as some called it. “I was with an old man last night,” I pointed an accusing finger at her, “so you shouldn’t complain too much. At least you had someone young and handsome. If he wasn’t skilled, you could’ve taught him.” I waggled a brow while she laughed.

“True, true. I shouldn’t complain too much.”

“Though, I do wonder what men will come tonight,” I murmured. Since we lived in Kairos, the capital of Sanguis and the Kingdom of Blood and Violence, the red-light district was always bustling with people. Sometimes famed gladiators stumbled upon our Rosetum, sometimes regular men, and sometimes foreigners. There was always someone interesting every now and then.

Thyra sat down on the seat in front of the dresser and turned to me as she undid her braid, unleashing her curls. “It doesn’t really matter much since all of our revenue, save for a few coins here and there, go to Iris.”

Iris was the owner of Rosetum, one of the most famous brothels in Kairos. We were her pretty little whores who earned her a massive fortune. Although we earned more money than regular prostitutes did, we weren’t paid even ten percent of what the men paid for us. Still, we were grateful to be a part of Rosetum, since it was better than being out in the streets.

“Don’t speak like that,” I said, glancing around my cramped room for a second before turning back to her. I knew it was impossible for Iris to be listening, but it was better to be safe than sorry. I lowered the comb. “If Iris hears, she’ll have you beaten.”

Thyra smirked, not at all concerned with my warning. She ran a hand through her curls and loosened them from their coiled position. “Iris wouldn’t want to beat me; I earn her too much money.”

“As do I,” I said in a harder tone, “but I’ve still gotten beaten before.”

“It’s been years since you’ve been beaten.”

“She’ll hit you where the clients won’t see,” I warned, “at first, at least.”

She frowned but nodded nonetheless. “Fine.”

There was a knock on the door before a small girl pulled it open. Karme, the maidservant that Iris kept around the brothel, gave us a little nod before motioning towards Thyra. “Lady Thyra, you’ve been summoned by a customer.”

“Already?” Thyra exchanged confused glances with me. “But it’s not even night yet.”

“A customer is a customer.” Karme shrugged and cast her eyes to the ground while Thyra huffed and puffed, complaining all the while. She brushed past Karme and gave me a wink before disappearing from the room. Karme gave me a nod before leaving as well, the door shutting closed behind her.

“A customer is a customer,” I said with a tsk. As I stared at my reflection, I examined any wrinkles or flaws that might’ve tainted my beautiful tan skin. Finding none, I grabbed a cosmetic cream off the dresser and applied a thin layer on my skin. Beauty was the only thing that would keep the money flowing and unfortunately, since I was already twenty-six, I knew that I had maybe a decade—if I was lucky—before I would be too old for work. I couldn’t afford to be complacent and arrogant with my beauty.

Pulling one of the drawers of the dresser open, I took out a soft, pink, flowing gown with silver pins on the shoulders. The sleeves were wide and long, draping down to the floor. Overall, the dress was beautiful and it was something I would wear to entertain a customer. Since Thyra had been called out unexpectedly, I had to be prepared to be called out at any second. That was the thing with us—we had to expect the unexpected. We never knew when someone wanted to buy us.

Once dressed, I left my room and continued walking along the brothel. I was in the west wing, where most of us lived. Little girls were polishing the floors and cleaning the rooms as I swept by, all of them staring at me in awe. It always made me feel like I was royalty whenever the children would stare up at me—or at the other women—whenever I walked by, but I realized that wasn’t the case.

A whore was a whore, no matter how refined and beautiful she was.

I knew the feeling of being a young girl and staring up at a beautiful woman that all the men pined after. These little girls didn’t realize how self-sullying our line of work was. There were always going to be disgusting men and old men that we had to entertain, and of course we had men that we didn’t want to touch, but we had no choice—we had to do whatever we had to.

I stiffened and craned my neck to the side and saw Pandaros running over to me. His black hair was messy and his bright blue eyes, so unlike my green ones, were wide with excitement. In his hands was a shiny blue rock, which matched well with his eyes. His clothes were disheveled and dirty, while his hands were scratched and his nails lined with dirt underneath.

“Pan, don’t call me that,” I said coldly. His smile faltered and he lowered the rock in his hand. “Go to the room and clean yourself up.”

“But, Mama—” He raised the rock in his hand but I shook my head.

He turned away and scurried off, leaving me to stare after my little son. 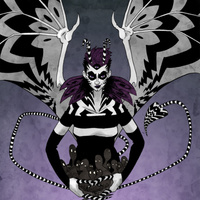 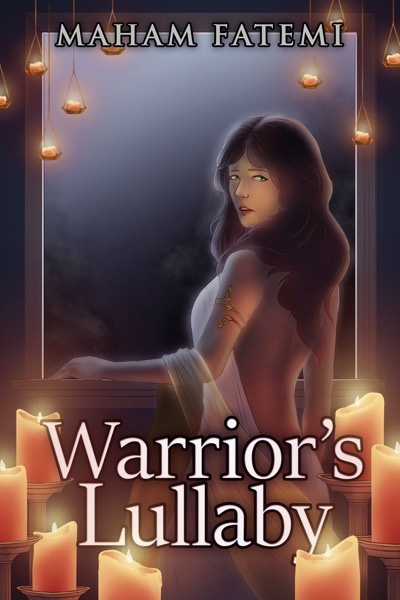 Hemera, an escort in one of the most vicious kingdoms in all the land, Sanguis, is used to men treating her as a plaything. She is, after all, a whore. However, when a blood-lusting and dangerous foreigner stumbles into the brothel she works in, he surprises her by asking her to sing for him.

Lust, gladiators, the need to protect--Hemera's life is thrown into disarray from the moment she sang a lullaby to a certain foreign warrior.
Subscribe 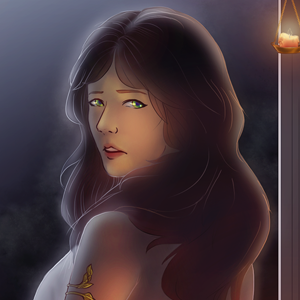