Alphas are typically the largest and physically stronger of the three dynamics. They tend to be aggressive, territorial, and protective. The scent of an omega in heat can often set them off on their rut which just makes them want to fuck. Generally, a healthy alpha has a rut about once every month or so (this can vary depending on your worldbuilding. Here, it's every 3 month, like a menstrual cycle). The rut is a period of highly hormone-driven sexual excitement where the alpha is motivated to bite, claim, fuck, etc. - very primal behavior. If the alpha has a pack, they will typically spend their rut with their pack. so if the alpha have wolves they will mate with their mate.

Betas are still sexually active! Betas are similar to regular humans since they are in the middle of the alpha/omega scale.They typically have a lesser sense of smell than alphas or omegas and serve as a buffer between the instinctive behaviors of both. They tend to have more heightened senses than a human, but are not as aggressive as alphas or as submissive as omegas. Instinctual pheromones from Alphas and Omegas don't affect a Beta as strongly as it does for the other two secondary genders. This helps them be able to break up any fights and calm down a situation since they are more stable. Betas can still have their own scent, and can scent things, but are not as affected as much by the heat or rut pheromones as an alpha or omega would be. they do not have a wolf.

Omegas are typically the smallest or slightest of the three secondary genders. If the universe has mpreg, they are the ones that carry the children. Their instincts tell them to be more nurturing and caring (as opposed to a beta or alpha's instincts). They are typically seen as submissive. Like alphas have ruts, omegas have heats, which are basically when they are most fertile . An omega's heat can be triggered or set off early by alphas (like displays of strength or the scent of an alpha in rut). Omegas will typically have the urge to be claimed or knotted during this time - during a heat, the only thing that can sate an omega during their heat - aka end the heat - is a knot (not necessarily an alpha knot). female alphas will typically use knotted dildos or strap-ons to satisfy their omega partners.

Presenting is when a person's secondary gender fully blossoms, so to speak. Before this, no one knows what their secondary gender will be (though it is common to speculate). Presenting usually happens during or after puberty, typically beginning with the onset of a heat or a rut. Alphas know they're alphas if they pop a knot, whereas omegas will get wet. Betas don't usually... do anything. And that's how they know they're a beta. During puberty, students usually go to health classes like IRL students during puberty. There, they learn about heats, ruts, blockers, etc.

Heat and rut suppressants are usually pills or a shot that can suppress heats and/or ruts. You won't take both - just the one that's applicable for your gender. Think of these as birth control - they typically lessen the pain and the frequency of ruts and heats. Often they also provide birth control for the user. In most universes, taking suppressants for too long a time will permanently damage your cycle or reproductive organs. A common plot device is to have the suppressants fail, or the protagonist forgets to take them, which brings on the onset of a very strong heat or rut.

SCENT BLOCKERS / BETA BOOSTERS Scent blockers and beta boosters are two sides of the same coin. Scent blockers are usually used by omegas and/or alphas in order to mask their scent. This is common for people who do not want others to know their secondary gender. Beta boosters are usually taken in order to become more like a beta, or "beta-passing." They can be used in tandem with scent blockers to effectively pass as a beta in society (instead of an alpha or omega).

NESTING In many 'verses, omegas will "nest" before their heats. This involves gathering many soft items (often blankets or t-shirts) that will comfort them during their time of vulnerability (their heats). The clothes typically have a pleasing scent to them, which is usually an alpha's they respect or admire. If the omega has a pack, it is not uncommon for the entire pack to contribute an article of clothing to the nest. Once the nest is complete, during the heat, the omega will spend the entirety of their heat time in it. Think of it as "nesting is the 'steal your bf's clothes' thing but MAXIMUM OVERDRIVE." Rarely do alphas or betas get to nest with the omega outside of the heat - the only thing they'd get out of it is the satisfaction of knowing that they're their omega's chosen alpha and that their omega likes their scent. Omegas do not typically nest outside of heats.

BITING This doc has often talked about "claiming" or "marking." Claiming is typically done by way of biting your partner on the neck, stimulating their scent glands. This normally happens during sex - often during a heat or rut - and it's a very intimate gesture. It wouldn't be shared by, say, an alpha and an omega who started dating a week ago. Once a mark has been formed, we say that the pair is "mated." Bonds/claims can be broken, but it's not easy, and will be very emotionally taxing for both parties. Bonding bites/claiming marks usually require multiple bites over time to make the mark last. It signals to other people that this person already has a pack or a mate. Mating bites are on the neck Pack bites are anywhere else, arms are a common place. Biting also plays a large role in other parts of the omegaverse - dominant types can place warning bites on the neck if their partner or submissive is not submitting. Alphas can bite alphas in fights - again, typically used as a "dominance" gesture. During sex, people will bite themselves or bite non-neck areas of their partners to alleviate the need to bite if it gets intense or feral enough.

COLLARS Claiming/marking can also be done by way of a collar. Collars can signify many things, but the most common is ownership. An alpha will typically present their mate (or, in some cases, all members of their pack) with a collar, and this can be done before or after the "biting" part of the claim. Since it's typically seen as less permanent of a claim, however, it usually happens before a bite. Collars are also used for things like privacy (maybe a person wants to hide their claiming mark because it would cause them undue attention at work), engagement (it can often replace the tradition of wedding bands), or simple fashion.

SCENTING Scent glands, responsible for pheromones and a person's scent, are usually on the side of the neck. These scents can sooth, scare, intimidate, etc. - you will typically see a person's scent flare up during times of high excitement (ex. Sex or fights) or if they're scared. Maybe even if they're nervous. Scents are an easy way to tell who you've been with recently - a person's scent will cling to you if you spend a lot of time with them or touch them. (See the "possessive alpha" trope.) Scenting, however, takes that idea of a scent and runs with it. Have you ever seen a cat rub its face on your leg? A door? A table leg? They're marking their territory or just telling that table leg, "Hey. I really like you." The same goes for an A/B/O universe - it's a claiming behavior, but not as intimate as a bite. It's not uncommon for good friends to scent each other. Scenting is typically done by touching the jaws or necks together in some sort of delicate fashion. It can also be done by wearing another person's clothes.

PACKS Packs typically consist of one alpha, one beta, and one omega; however, packs can contain more than three people and do not have to have an even ratio of alphas to betas to omegas (multiple alphas? Woohoo! More knots!). The ranking usually goes Alpha –> Beta –> Omega, but all can challenge and at times outrank each other whether it be based on age, experience, or strength. Not all members of the pack have to be sexually involved with each other - or with the pack's alpha or omega, even. They will all, however, protect the omega(s) in the alpha's stead. Relationships within the pack do not have to be strictly alpha/omega - any combination of omegas, alphas, and betas is welcomed (though it is more traditional for alphas to court omegas). Mates are typically in the same pack. Packs are typically formed by hanging out with people you vibe with (and people can still be friends with each other without necessarily being in a pack). Pack dynamics can play a huge part in the SFW side of things - imagine things like building, maintaining, protecting a pack, climbing up the ranks or trying to hold your own in the pack, being a lone wolf, scenting, courting, nesting, being comfortable in your role, etc. Typically, any submissive member of the pack will present their scruff or their throat to say "I trust you" or "I will follow you," or even "I recognize you're stronger than me." This can be done to the alpha or to any pack member who they rank as "higher" than them in some form. This is also commonly done as a gesture of respect.,

Wolves- most alphas and omega have them, it a animal that help them protect themselves, about half the beta population has no wolf form. 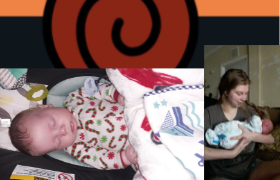 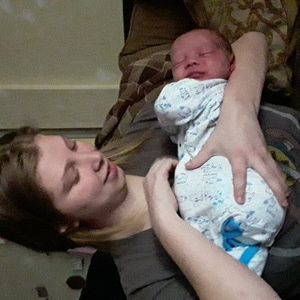 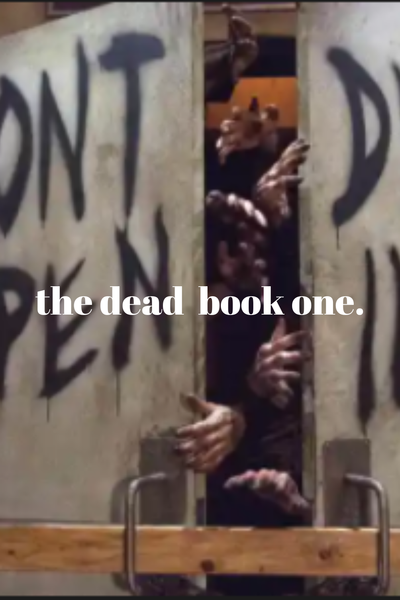 stiles was kick out of his pack,

the said pack did not know stiles was an omega wolf,

an omega with no alpha.

but throw in the zombie apocalypse and your chance of survival is slim down to 30%.
Subscribe 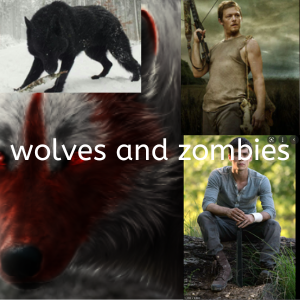