All comics by Harry Bogosian :D 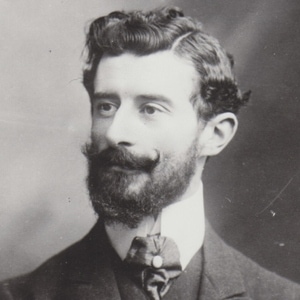 @HarryBogosian Sorry if this is a repetitive question... Is there any way to get your work physically? I LOVED ABP and DM!

Not a repetitive question at all! Thank you so much- I would love to get both of those comics printed, and hopefully I will be able to get Demon's Mirror printed again sometime in late 2022, or 2023? I will be looking for a way to get ABT printed as well! The biggest problem is finding a place to store and ship out the comics, without it becoming my full time job :v
Reply  to conversation 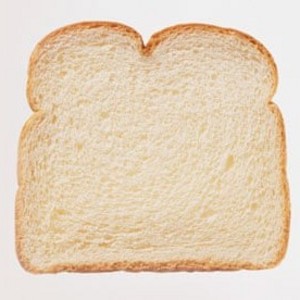 I made an account specifically just to comment on this masterpiece of a work. I've been waiting for this series to come to a conclusion for years, and have read it again all from the start over the last couple of days. I'm always truly impressed by everything you put out. I was already hooked on Demon's Mirror, but this work has truly reached me emotionally and spiritually. There's such an incredible intertwining of themes, notably of existentialism and misuse of power. It seems so simple, yet you explore the concept of a child having too much power so well. I feel honored even having read this comic. It's a piece of art like no other, and I very much look forward to seeing what you produce next. It's not a stretch to say A Better Place has truly changed me. I will definitely take some inspiration from your work and apply it to my own, and I look forward to seeing what I create. From one artist to another, I truly commend you for this stunning work you have created.

I just saw this message, and thank you so much!! More than anything inspiration for me comes from seeing excellent work, and if I have inspired you in any way then that is the greatest possible compliment! I am bubbling over with ideas i want to put into comic form, and I really hope they resonate with you- I am incredibly excited to make them. If you start making a comic please send it my way @harrybogosian on twitter, I would love to see what you come up with!
Reply  to conversation

Loved the Twist and turns, Beautiful artwork and story telling. I cant wait to see what you create next.

Thank you so much! I promise to put an update here when my next work begins to be posted- comics are agonizingly slow to make, but I will keep plodding forward, to the best of my ability!
Reply  to conversation 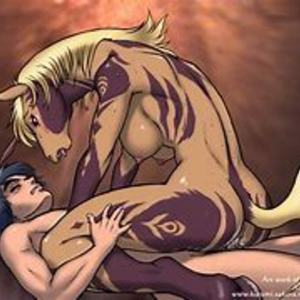 THE ENDING FOR 'A BETTER PLACE' WAS ABSOLUTELY FUCKING HORRIBLE!!! My reasoning being, say, wasn't Hannah the MAIN person in this story who was supposed to learn the moral of the story, I've been critiquing AND writing a long time, and that is probably the worst way to handle a conclusion I've EVER seen, Hannah may be the main antagonist, but she's also the deepest character we get close to, out of EVERYONE else in a story with really, and I mean REALLY deep and sympathetic characters, out of ALL of them, Hannah was the deepest, she had a realistic attachment in reality like WE all do, family and sibling troubles, getting older and realizing the world isn't perfect, DEALING with that throughout the ENTIRE story, but when she finally learns that, YOU KILL HER OFF, now the character the audience most related to, ergo saw through THEIR eyes, is dead... THE PERSON WE RELATE TO IS KILLED OFF JUST AFTER LEARNING THE MORAL!!! And then just after killing the people who tricked her into getting murdered, Theo decides to HELP the people, that with just how much time he has spent with them, is only yay long, the whole time he wants to be with his sister again, help HER see reason, AND HE'S KNOWN THE MORAL, so why does THEO have to learn the moral, HE DIDN'T MAKE ANY OF HANNAH'S MISTAKES, Hannah now CAN'T learn the moral, hence character we most relate to CANNOT fulfill said redemption arc, Hannah was the character who needed to listen to the people around her, SHE EVEN DID, but then Nina's big sis killed her, then for no fucking reason THEO is given the lecture ON WHAT HE ALREADY KNOWS, when Hannah is the one we saw doing all the character progression integral to the story role she serves FOR that lesson, she grew as a person, she needed to fix her OWN mistakes, I can usually handle character death, IF IT'S WELL WRITTEN, but that was the worst out of nowhere plot twist I've ever seen, that's a horrible way to conclude this story! Theo was the one who TAUGHT her the moral!
22 comments

Although, just for the record, you could do a really cool scene if Hannah lives, Nina's big sis could in a fit of rage be convinced that gods do not rule over people, but themselves, I mean tied with how I instructed to handle the rivalry subplot(probably beforehand to get a reaction out of Nina's big sis), you've got a really amazing scene to work with, just to put that forward for when you get back to A Better Place, text me back if you need anything. Ciao, friend.

Thank you for all your thoughts- I am doing well! As well as can be I guess in the middle of a never ending pandemic in a major city... ha. I am very excited to enter a new world for a while, and I hope you will stay happy and healthy!
thank you so much,
Harry

You have my best of luck, friend; oh, and if you ever need something to sooth your nerves during these harsh times, I recommend Lavender Chamomile & Chai tea together with honey and eggnog, the flavor is sweet and festively creamy, making for a good middle of the day stress release, it's also always nice to hear back from you; Sincerely, your friend, ~Edward.

Tea makes for good stress release, if you happen to come across them, try a mix of lavender chamomile and chai, their flavors mix suprisingly well, always good to hear from you, sincerely, your friend, Edward. I just wanted to chime in here. I love that both demon's mirror and a better place ended on a really tragic and somber note. I don't want there to be a happy ending, it would feel unrealistic! I don't think everything needs to be written out to understand that there were a lot of reasons and past that motivated the characters. Hannah's death was shocking yet made sense. You finish feeling like she is a just a girl who had too much power and lost her way. So very very tired, with no way to make things right anymore. It's so sad but that is the real life lesson to the reader that things don't end well in life, despite your best efforts. It's a true tragedy.
Reply  to conversation

A Better Place is part of the Easter Egg Hunt! There's more details @ https://tapas.io/newsfeed/52 - But I can give the hint that there's an egg at the start of "A Better Place"- Enjoy, and find some "questionable" eggs!
Reply  to conversation 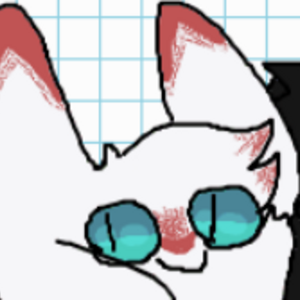 I saw your comments! Haha, Mr. Bun is many things- and "resilient" is one of them~~

His existence pleases me greatly.

I like him a lot too~!
Reply  to conversation 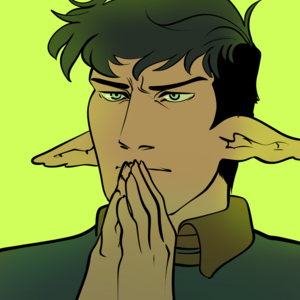 Do you sell printed copies of Demon's Mirror?
6 comments

I have a certain set of skills. And I will find you... and I will buy that book.

Lol thank you for getting back to me! I'll quietly follow your socials now and hope to catch your booth some day!
Your stories are so captivating and for some reason, nostalgic.
Can't wait to have a copy to read while lazying around my couch on a summer day!

Thank you for all your hard work!

Haha I now have even more motivation to print out some fresh copies!

And I wonder if the nostalgia comes from my channeling of all the evangelion, ranma, and calvin and hobbes that is forever burned into my subconscious?

I haven't had a chance to read through your comics yet, but at first glance they look great! Excited to peruse~

Motivation! No pressure thou, I've carried books to cons before, it hurts lol.

Maybe? I read a lot as a kid so I think the nostalgia is from reading something I could never dream of and being captivated fufu. Who knows.

（/｡＼) I'm doing my best
yet have much to learn fufu.
I hope to have finished stories/books like you one day!!
Reply  to conversation

I have never seen giant unagi until now

haha I didn't see these posts till now! I do aim to please~
Reply  to conversation

Since the mascot of your series died, will you change the pic?
Reply  to conversation 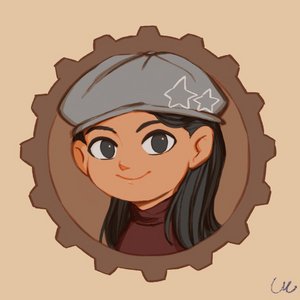 A little bird flew by and told me to ask... where does one submit their fanarts for your beautiful masterpiece A Better Place ? In the near future i mean :):)

Oh! I'd love that so much! You could tag me or message me on twitter @harrodeleted- would that work? I always *love* seeing any kind of fanart, so I'd really appreciate it! Thank you!

Yes that sounds perfect ! :) Thank you for the reply ~

Of course! Happy to talk anytime!
Reply  to conversation