The Sun Prince Must Die

Kuro’s head hadn’t thrummed like this since the time a hive of wasp spirits broke through the barriers of Inari Shrine.

He’d only been a kit then, trapped in a bundle of red fur. With his sensitive fox ears, even the heartbeat of a mouse pricked his attention. And the beating wings of a dozen wasps wasn’t nearly so pleasant.

But while that attack had driven his litter-sister back to their den, it hadn’t been enough to keep Kuro away. Oh no, he’d crept under the closest bush to watch.

Beautiful maidens with silver fox ears and tails swept into the storehouse. Moments after, the Celestial Kitsune scurried out covered in red blisters, screaming for the others to plaster them with poultice. The wasp stings could paralyse even these familiars of Inari if left too long.

His mother Reiha had waited next to Kuro, and Kuro’s tail beat the ground, ecstatic that she guarded him. When the seventh fox emerged, tears streaming from her eyes, Reiha sighed.

“One would think you’re common red fox, the way you carry on.” Reiha strode to the storehouse, and when she stepped one foot inside, the wasps had scattered.

Kuro curled himself closer as the buzzing grew stronger. He cracked open an eye. The world around him was a sheet of black. Even his knees an inch from his face were hidden, as if he were a human waking at midnight on a moonless night.

But he wasn’t in human form. His fox ears twitched at the buzzing and his tail curled around him, hugging tight to his body. His eyes should be the slitted gold of his fox form, capable of seeing in both light and dark. But he couldn’t see.

Where was he? And what was wrong with him? The buzzing remained constant, sending tiny shoots of pain through his temple.

He swallowed and winced again. His throat was so dry that swallowing felt like rubbing the inside of his throat with bark.

How long had he been unconscious? He’d been running from the samurai. They’d brought dogs. They’d meant to cheer on their hounds as they mauled him.

Kuro’s litter-sister never had to run from dogs or dodge samurai or get pelted with fish. She swept the paths leading to Inari Shrine, and ate inari-zushi every day, and slept in familiar dorms.

But no, for something as stupid as his fur turning black instead of white, he got to live on the streets, belly always hungry, and always running, always frightened. And now he’d been captured, to be tortured and executed by the onmyouji.

So where was the onmyouji? Kuro sniffed, but the scent of straw and human wasn’t much help. Kuro likely wasn’t supposed to wake up yet. They’d probably shoved him aside until they could pay proper attention to him. Their mistake.

He felt along the tatami mats, finding the cotton lining that marked the end of each mat and the beginning of the next. He counted six mats before he reached the edge. They hadn’t shoved him into a cupboard, then, but a huge room. The size would make it harder for them to contain him. Idiot humans. They shouldn’t underestimate him.

He sniffed the wall. Fresh rice paper. Idiots. All he had to do to escape was crash through the papered frames, and in no time, he’d be jumping over the garden walls.

Pushing onto his hind feet for balance, he sprang forward, using his shoulder to crash through the paper.

Blue light like lightning crackled over the paper, illuminating ofuda charms hung every few inches. Spiritual power washed over him, electrifying every nerve in his body. Kuro yelped. He flung himself away.

Panting, he stared into the blackness. Not so stupid, this onmyouji. The buzzing wasn’t Kuro’s head, but were from the paper charms holding back any potential wisp of demonic miasma. As if Kuro had any. But miasma or not, not even his soul could pass through, never mind his body.

He crawled close again, and this time gently, touched the paper. His finger landed on an ofuda. The charms lit again. He snatched his hand away, but even that brief touch had spiritual power gouging holes inside him. He swore under his breath. Then he swore louder and louder.

He was trapped, with no escape. No human to outsmart. Nothing to do but crouch and lick his wounds, waiting for the samurai to return. They’d bring more dogs, if just to watch him tremble.

He slammed his palms into his knees. He wasn’t done yet. There was always a way out, if one was clever enough to find it. And he’d find it.

Kuro crouched on the mats, eyes closed. The ofuda on the walls must also black out whatever light would normally filter in from outside.

But he had one sense left — his ears. Proper fox ears that could hear the heartbeat of a mouse hibernating under three feet of snow. Swivelling his ears, he listened for even the slightest movement outside the room.

He only caught the buzz of the wards and his own deep breaths. Either this section of the townhouse, palace or castle — Kuro hadn’t decided which it was yet — was abandoned, or the onmyouji had blocked out sound as well as light.

Kuro had to give the human credit if it was the latter. The lack of information put him at a severe disadvantage, even if Kuro was correct when he’d thought earlier that the onmyouji must not expect him to awaken just yet.

Or the room was always warded like this, because the samurai brought in demons for the onmyouji to interrogate. Because Kuro was now trapped in his torture chamber.

No spirit in the Capital had ever seen the onmyouji, Kuro reminded himself, then shuddered. Because the spirits who did encounter the onmyouji no longer existed.

Anyone who sniffed the Western Barrier knew the onmyouji was strong. After the Shogun appointed the new onmyouji to his position, the gates in the Capital had appeared, the barriers strengthened, the hunts increased. The metaphorical noose around the neutral spirits’ necks tightened, their territories steadily decreasing. No one dared challenge the onmyouji, in case he really could wipe lesser spirits from existence with a mere look.

But as much as Kuro sniffed, he didn’t catch the scent of blood, spirit or human, old or new. That wasn’t surprising; humans didn’t make messes on their precious, expensive tatami mats. But why dump him someplace they couldn’t torture him?

Perhaps they realised what Kuro really was. Not some ominous demon to be killed just because his fur was black instead of white, but a divine messenger, like a Celestial Kitsune. No, better. Like a god.

His lips curved upwards in a smile, basking in the title’s glow. A glow that didn’t exist, because he was trapped behind a barrier that refused to let light through. He snapped the corners of his lips down. Wasn’t he done with being stupid yet? As if the humans would do something as kind as make him a god.

The floorboards outside the room squeaked. Kuro hissed in a breath and held it. The squeaks continued down the length of the room, stopping outside the closest panel.

Kuro kept his eyes closed. He’d hear better than he’d see if he was suddenly bathed in light. Even his eyes, superior as they were to any human’s, needed a moment to adjust. Moments Kuro didn’t have.

The human outside knelt with a swish of silk. A maid? That would be the best. Easily intimidated and not trained in fighting. Or a samurai’s apprentice, sent to feed Kuro or bind him. Also easily intimidated, but with a weapon. But one stab didn’t matter. Not if it gave Kuro the chance the flee.

The panel shuddered. Kuro crouched. The way the onmyouji had constructed the barrier along the walls, if one panel opened, the barrier broke. Any spirit could leap through.

The panel slid open, letting in a big whiff of human and the sharp clean scent of a lightning strike. Kuro didn’t waste time. He leapt forward, ears pricking to locate the human. He landed on his hands, feet moving to join them to bound past the figure.

He did not expect the punch that came. It landed on his cheek like a lightning strike and threw him backwards.

He skidded to a stop. Kuro rubbed his cheek, hissing at the pain. Humans couldn’t do that. Humans couldn’t throw spirits around with just a punch. But the blow had felt the same as the barriers. Raw spiritual power flushed through him, setting his nerves on fire.

The figure stepped into the room, then knelt on this side of the door.

Kuro peeked open an eye. At first, the clear morning light from beyond the screen cast shadows over the human’s face. If not for the strong smell of human, Kuro would have guessed a ghost from the way its features blended into obscurity.

But Kuro’s eyes adjusted, catching sight of a garden courtyard on the other side of the corridor. The human didn’t move to close the barrier behind him. The grey lightened to a shrine priest’s brocaded surcoat and hakama. Then his features came into focus.

The girl from the market smiled at him.

Kuro blinked. This human wasn’t female. His cheeks were cut sharper than hers, his jaw thicker and his throat Buddha more prominent. He bound his hair, but not in a topknot.

Even the eyes were wrong. Her eyes had crackled with a firestorm of hatred. But looking into his eyes was like staring into the abyss. No soul flickered there. The smile was for show.

He must be the onmyouji. 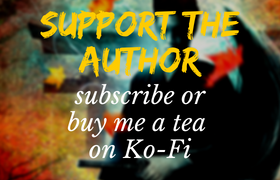 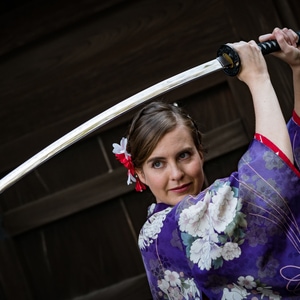 Throat Buddha — that’s what they call an Adam’s apple in Japan. The Adam’s apple is the one term that’s hard to translate across languages or into fantasy worlds, since it’s so obviously Christian/Anglicised.

You know that moment when you have two drafts of a scene, and you have no clue which one is the real one? Yeah, I had that for this scene. I wrote and edited The Sun Prince a couple years ago, and left it there until I found out about Tapas. So some of my memory of what are the real drafts and which are the outdated ones is foggy.

And sometimes I mix in parts of the old draft with the new, like with Ren's sword. I edited out his spirit, just leaving him as a non-personified tsukumogami because I had to change a later moment so he couldn't appear again. But when I came back to it, I just loved the idea of a sword spirit so much, that I put him in again. I'm posting this story here for fun and to get back into sharing my writing with other people (rather than fear that my books aren't good enough). So why not?

If you're head over heels in love with Ren's sword, or just really enjoying The Sun Prince, then please subscribe and please share with your friends on social media! Chibis await! 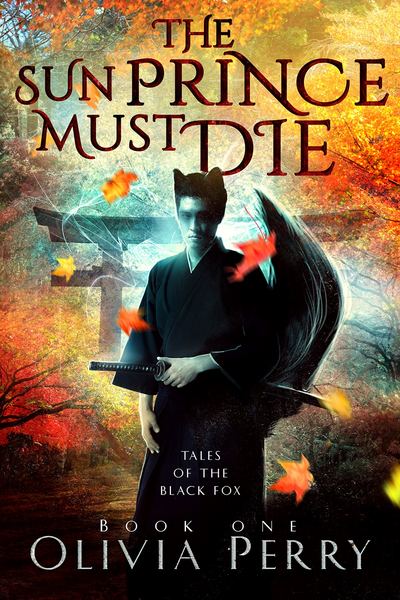 The Sun Prince Must Die

Kuro’s true form makes him an outcast — and a deadly weapon.

Left for dead by his own mother, Kuro survived and grew up only by hiding the color of his fur. Society has been trained to fear — and kill on sight — foxes like him.

When Ren stumbles into him trying to destroy the demons plaguing his kingdom, Kuro fears the end. Instead, the human boy proves himself a loyal friend.

But when Kuro’s secret slips out, the Shogun sees only the weapon he needs to vanquish his enemies, including Ren. Now Kuro's chance at survival comes at the price of his only friend's life.
Subscribe 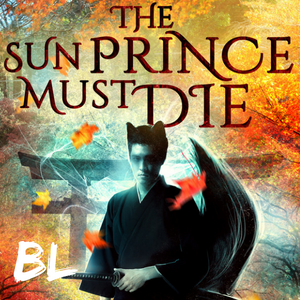