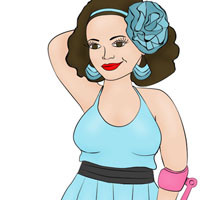 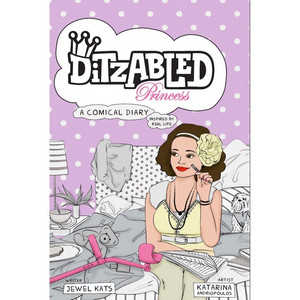 Everything about the starring character, “Jewel,” is fresh. She sashays about with a pretty pink elbow crutch. She’s a talented author, yet her common sense is out of whack. She regards her disability as a perk.

Wanna know a secret? This comic strip happens to be based on reality. Yes, Jewel actually exists! So, does every character in this reality series comic. In order to protect identities, characters are simply addressed by their relation to the actual author.

Conclusion: Move over able-bodied folks! “DitzAbled Princess” is here to fill a funny page void, and give you a laugh to boot. After all, Jewel is politically correct.

Get the collection now as a cute graphic novel! 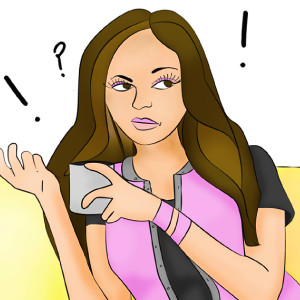