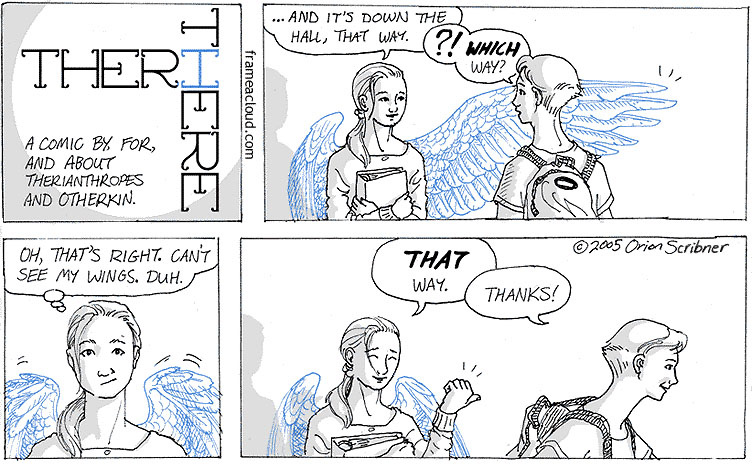 Theri There page from 2005-09-05. Notes: A certain phoenix (who wishes to remain anonymous) suggested a strip where someone absent-mindedly uses a phantom limb to gesture, which xe has done a few times. Thank you!

Transcript:
One student is giving directions to another. The student with phantom wings says, “…And it’s down the hall, that way,” and points to the right with a wing. The other student doesn’t notice, and says, “?! Which way?”
The winged student thinks, “Oh, that’s right. Can’t see my wings. Duh.”
Then the winged student points with a thumb instead, and says, “That way.” The other student leaves, saying, “Thanks!” 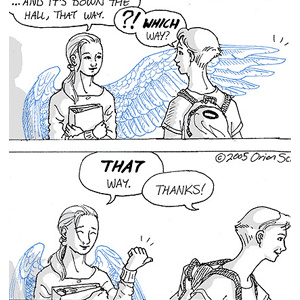