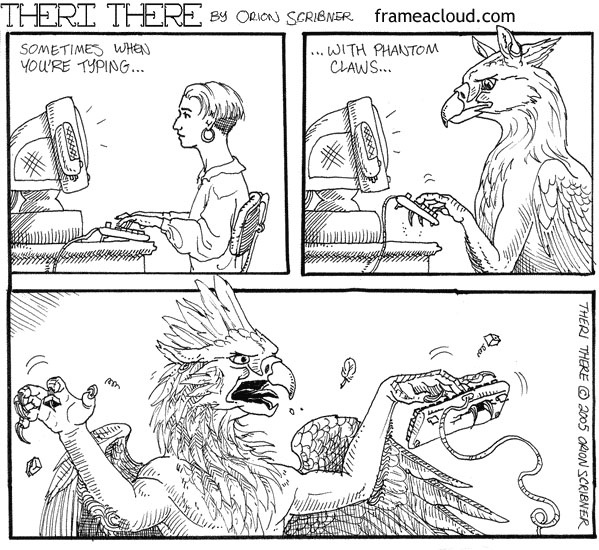 Theri There page from 2005-09-19. Notes: I’m not satisfied with this one, since therianthropes’ phantom sensations don’t work like this! A therianthrope can feel like their claws were passing through a keyboard, but it wouldn’t make anything happen like this. I was trying to work with old (1997-ish) slang from the dragon community on alt.fan.dragons. They had a running joke that they’d hired a typist due to their claws, blaming them for typing mistakes. Then they called their human, physical body their “typist.”

Transcript:
A person is working at a desktop computer. Narration: “Sometimes when you’re typing…”
Narration: “…With phantom claws…” The person is now shown as a gryphon, with their claws punched through the keyboard.
In exasperation, the gryphon struggles to get their claws out of the keyboard. 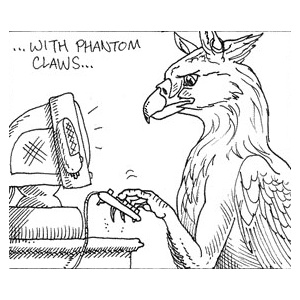