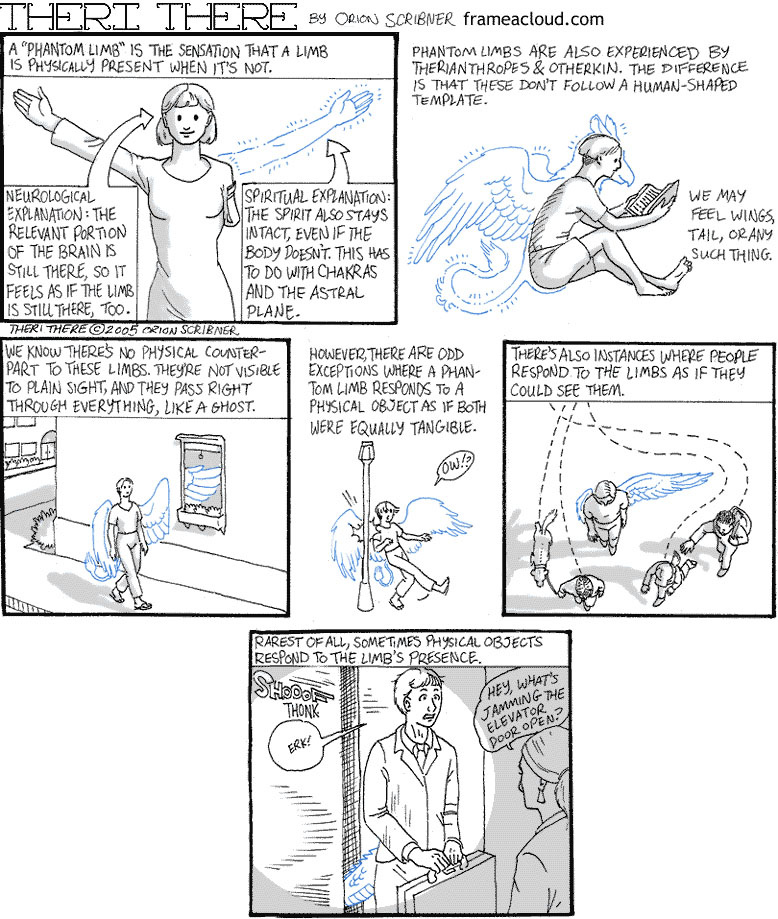 Note from 2005: This is a short introduction to phantom limbs of therianthropes. There is much more to say about them, whether the usual kind felt by amputees as shown in panel 1, or the kind experienced by therianthropes. Panel 4 was suggested by a phoenix who wishes to remain anonymous. Panel 6 was suggested by a friend who had it happen as shown, and I’ve heard very few anecdotes about a paranormal phenomenon of that kind.

Note from 2015: Several folks have asked me about the phrase “phantom limbs,” which I used in my old Theri There comics. In 2005, that was the only name therians gave to that experience of theirs. Now, readers were concerned that it might be wrong to use that name for that experience. It’s a sensitive issue, but it’s also important to address, so I wrote a long blog entry about it: http://frameacloud.tumblr.com/post/125287555871/regarding-phantom-limbs 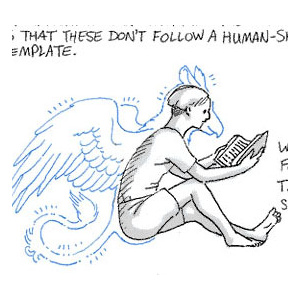