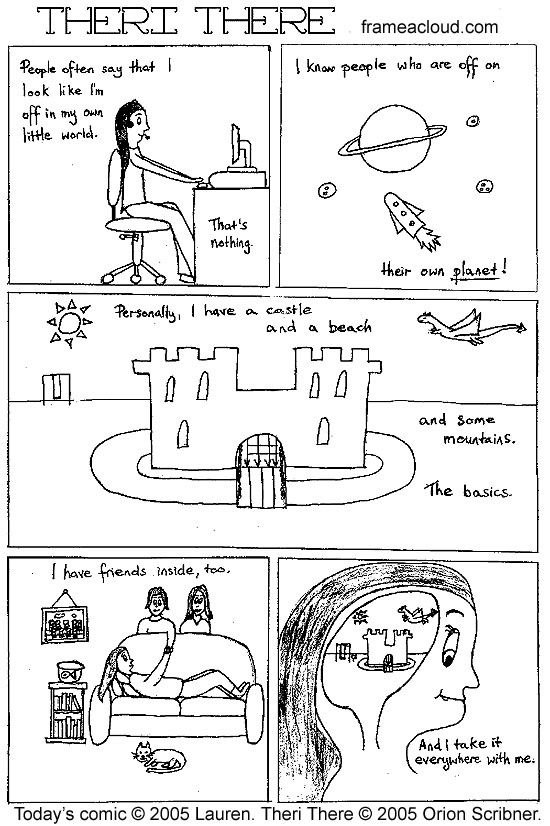 Notes: This is the second Theri There guest comic, written and illustrated by Lauren. Exploring outside of the topic of therianthropy, today’s comic introduces the concept of personal inner worlds. A person who has an inner world isn’t necessarily otherkin, and vice versa.

Transcript:
Today’s guest comic is by Lauren. A person sits at their computer desk, under a caption saying, “People often say that I look like I’m off in my own little world. That’s nothing.”
A rocket flies by a ringed planet. The caption says, “I know people who are off on their own planet!”
Caption: “Personally, I have a castle and a beach and some mountains. The basics.” The castle is shown, with a dragon in the sunny sky above.
A person reclines on a sofa, holding hands with someone. A group photo hangs above a bookcase and a goldfish bowl. Caption: “I have friends inside, too.”
The castle is shown inside of the person’s head. Caption: “And I take it everywhere with me.” 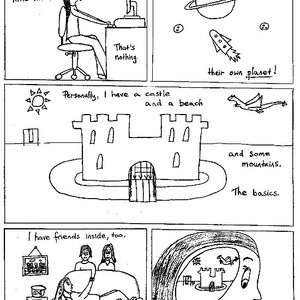