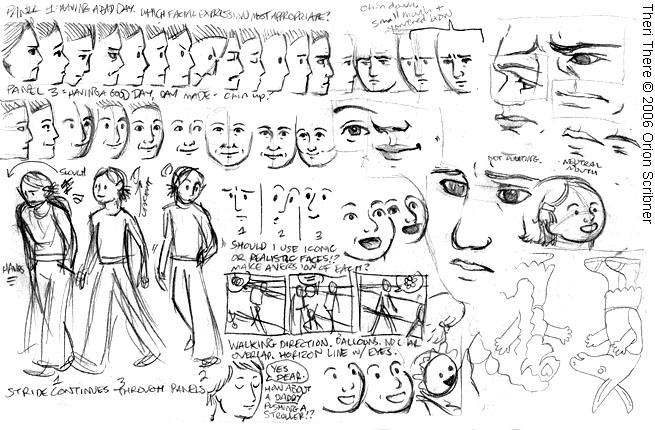 Theri There from 2006-01-09. Notes: These are the preliminary sketches for the September 12, 2005 comic. I had to find out what facial expressions and cartooning styles would best show the main character’s shift from “having a bad day” to “having a good day.” The comic itself is only three panels long, but experimenting with dozens of subtle variations makes it possible to look the way I imagined it. At first, I’d intended to draw it in a detailed, realistic style, since I have this idea that that’s somehow better. I found that an iconic, cartoony style was best for getting the emotions across, and that’s what tells the story in comics. (Bonus: in the lower right, a doodle of one of the goofiest scenes in Shakespeare.) Discussion: https://therithere.dreamwidth.org/7120.html 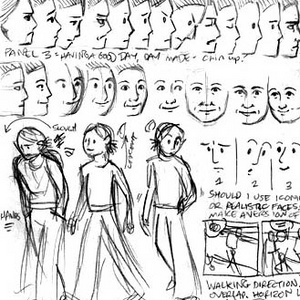