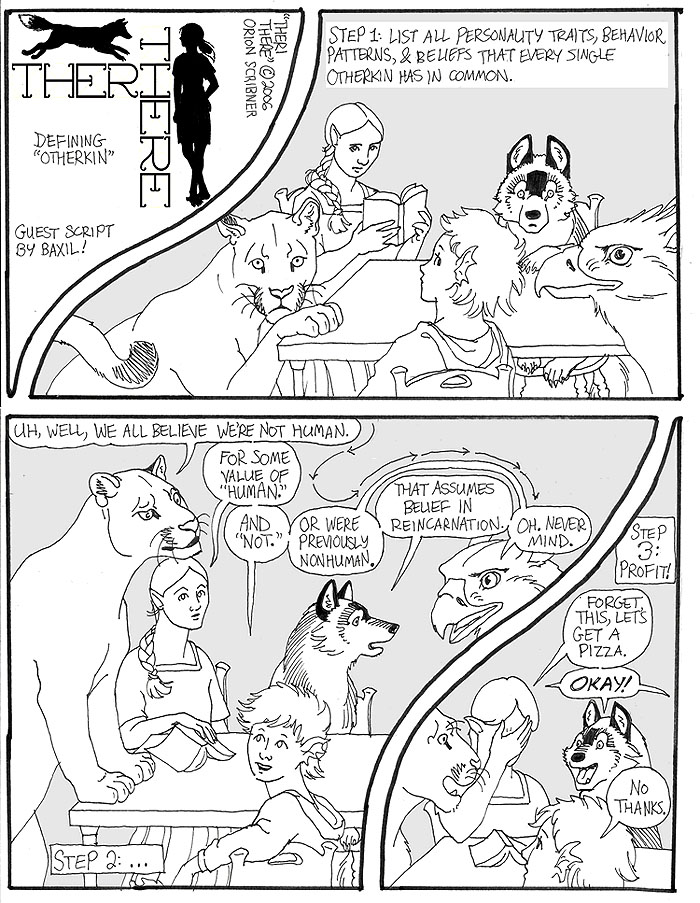 Theri There from 2006-01-23. This is a guest script by Baxil, on how it’s hard to come up with a definition for “otherkin,” when otherkin themselves are so diverse that they might not have much in common at all.
Discussion: https://therithere.dreamwidth.org/7448.html
Transcript:
Panel 1.
Caption: “Defining ‘otherkin.’ Guest script by Baxil!”
Panel 2.
A group of beings are sitting at a table, and they look up at the viewer, as if the viewer asked them to do something.
Caption: “Step 1. List all personality traits, behavior patterns, & beliefs that all otherkin hold in common.”
Panel 2.
The group of beings respond, looking uncertain.
Cougar: “Uh, well, we all believe we’re not human.”
Elf: “For some value of ‘human.’”
Fae: “And ‘not.’”
Gryphon: “Or were previously nonhuman.”
Wolf: “That assumes belief in reincarnation.”
Gryphon: “Oh. Never mind.”
Panel 3:
Caption: “Step 3: Profit!”
Elf, facepalming: “Forget this, let’s get a pizza.”
Wolf, cougar, and gryphon, brightening up and saying in unison: “Okay!”
Fae: “No thanks.” 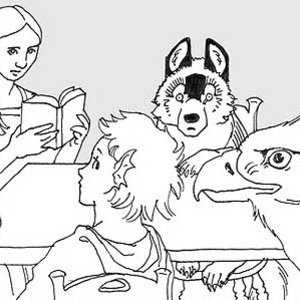