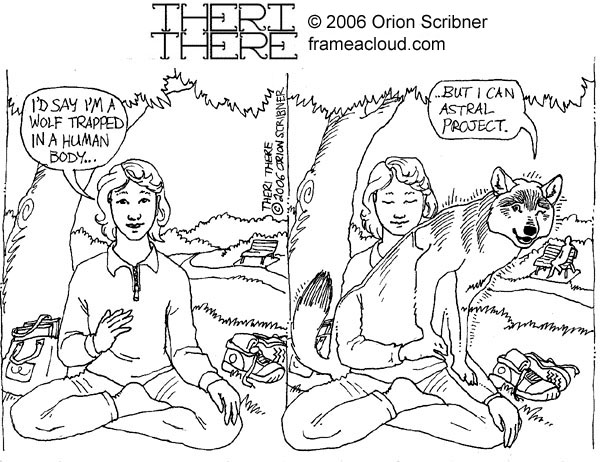 Theri There from 2006-02-06. Discussion: https://therithere.dreamwidth.org/7712.html
Transcript:
Panel 1:
An androgynous person is sitting under a tree in a park, their bookbag and shoes nearby. They’re in the lotus position.
The person says, “I’d say I’m a wolf trapped in a human body…”
Panel 2:
The person closes their eyes and projects their spirit in the form of a wolf. The wolf winks and says, “…But I can astral project.” 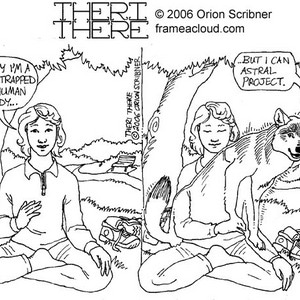