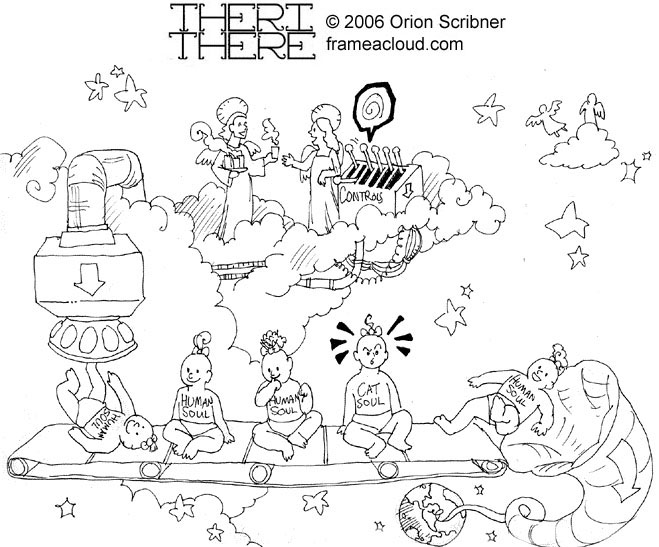 Theri There page from 2006-03-21. Discussion: https://therithere.dreamwidth.org/8310.html
Transcript:
A single panel comic, with no dialog or captions. In a humorous scene inspired by Dr. Seuss’s Hoober-bloob Highway, an angel is controlling a machine that produces human souls and sends them to Earth.
The angel gets distracted when another brings them some coffee, and leans on a lever marked “controls.” This makes a disconcerting noise.
The machine produces several souls onto a conveyor belt, which appear as human babies, each labeled on their belly like so:
“Human soul”
“Human soul”
“Human soul”
“Cat soul” (this one looks like it has just realized something is awry)
“Human soul” 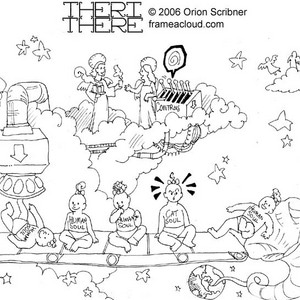