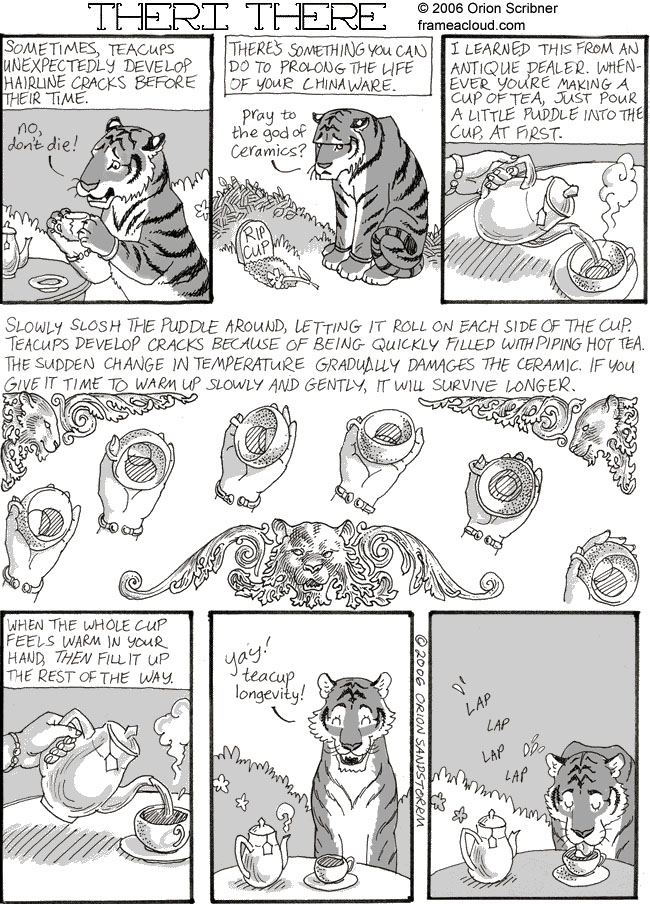 Notes: Yes, today’s comic isn’t about therianthropy, although there’s a therianthrope in it… and it could be argued that a good cup of tea has to do with everything. Okay, it’s off-topic, but it’s not like therianthropy is the only thing going on in our lives, and it’s still an educational comic: you’ve learned some useful trivia.

The transcript doesn't fit within Tapastic's length limitations, so you can read it here: http://frameacloud.tumblr.com/post/135517413526 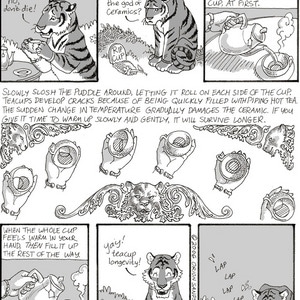