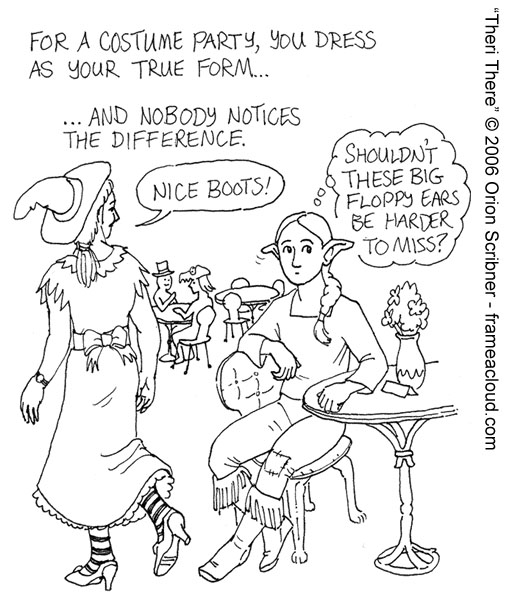 Theri There page from 2006-05-01. Discussion: https://therithere.dreamwidth.org/8844.html
Transcript:
Narration: For a costume party, you dress as your true form… and nobody notices the difference.
At a party, a person in an elf costume sits at a table. Someone in a witch costume passes by them and remarks, “Nice boots!” The elf thinks, “Shouldn’t these big floppy ears be harder to miss?” 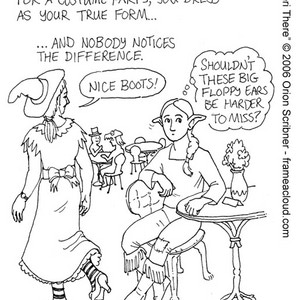