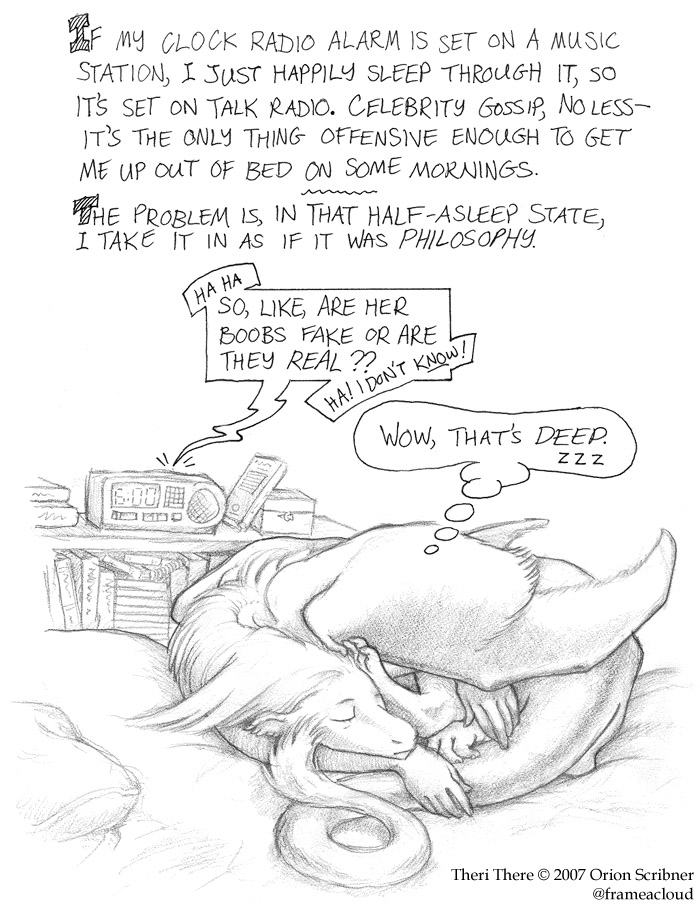 Theri There page from 2007-01-27. Discussion: https://therithere.dreamwidth.org/13127.html
Transcript:
A single panel comic, showing a dragon curled up asleep on a bed. Nearby, an alarm clock radio is chattering on an overstuffed bookshelf.
Caption: “If my clock radio alarm is set on a music station, I just happily sleep through it, so it’s set on talk radio. Celebrity gossip, no less– it’s the only thing offensive enough to get me up out of bed on some mornings.”
Caption: “The problem is, in that half-asleep state, I take it in as if it was philosophy.”
Radio hosts: “Ha ha” “So, like, are her boobs fake or are they real??” “Ha! I don’t know!”
Dragon, sleepily thinking: “Wow, that’s deep. Zzz” 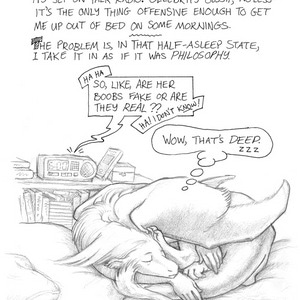