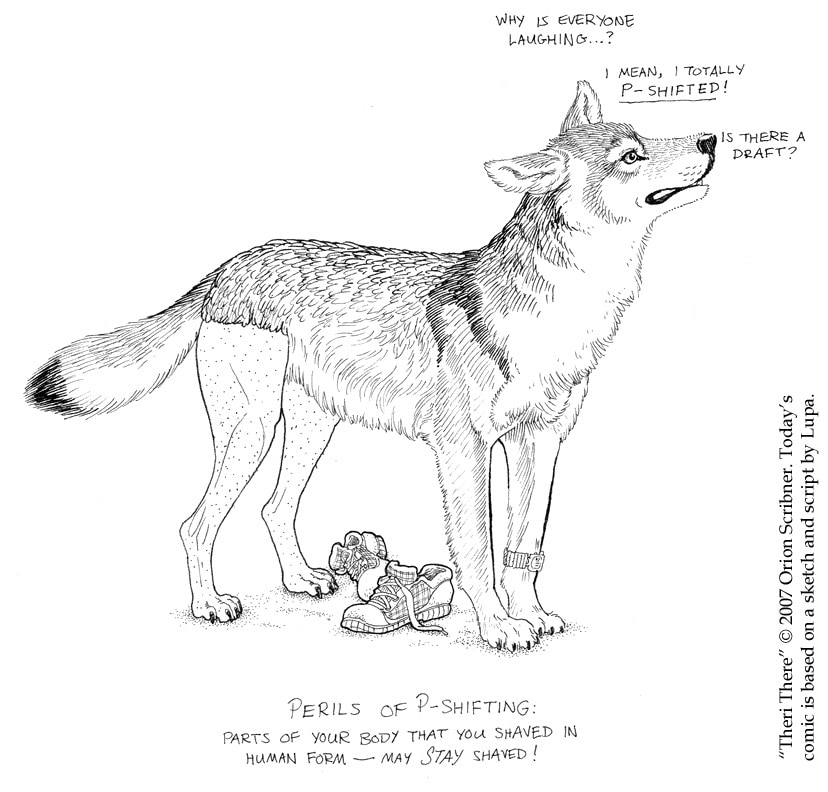 Theri There page from 2007-09-28. I drew this page based on a sketch and script by Lupa. Thanks!
Note: P-shifting is short for “physical shapeshifting" in the therianthrope community. They argue and speculate about it so much that they need an abbreviation!
Discussion: https://therithere.dreamwidth.org/14475.html
Transcript:
A werewolf with a quizzical expression stands over a pair of sneakers, implying a pile of clothes discarded after a transformation. She looks like a normal wolf, except for a wristwatch… and entirely hairless hind legs.
The wolf is thinking to herself: “Why is everyone laughing…? I mean, I totally p-shifted! …Is there a draft?”
Caption: “Perils of P-shifting: Parts of your body that you shaved in human form– may stay shaved!” 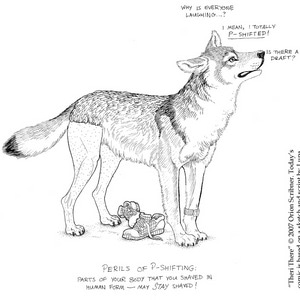