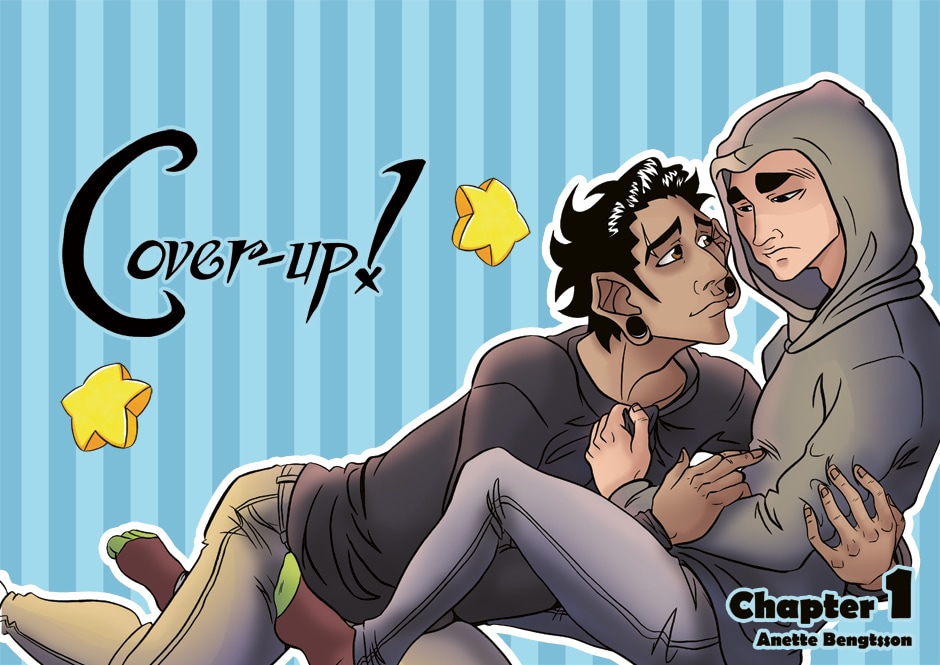 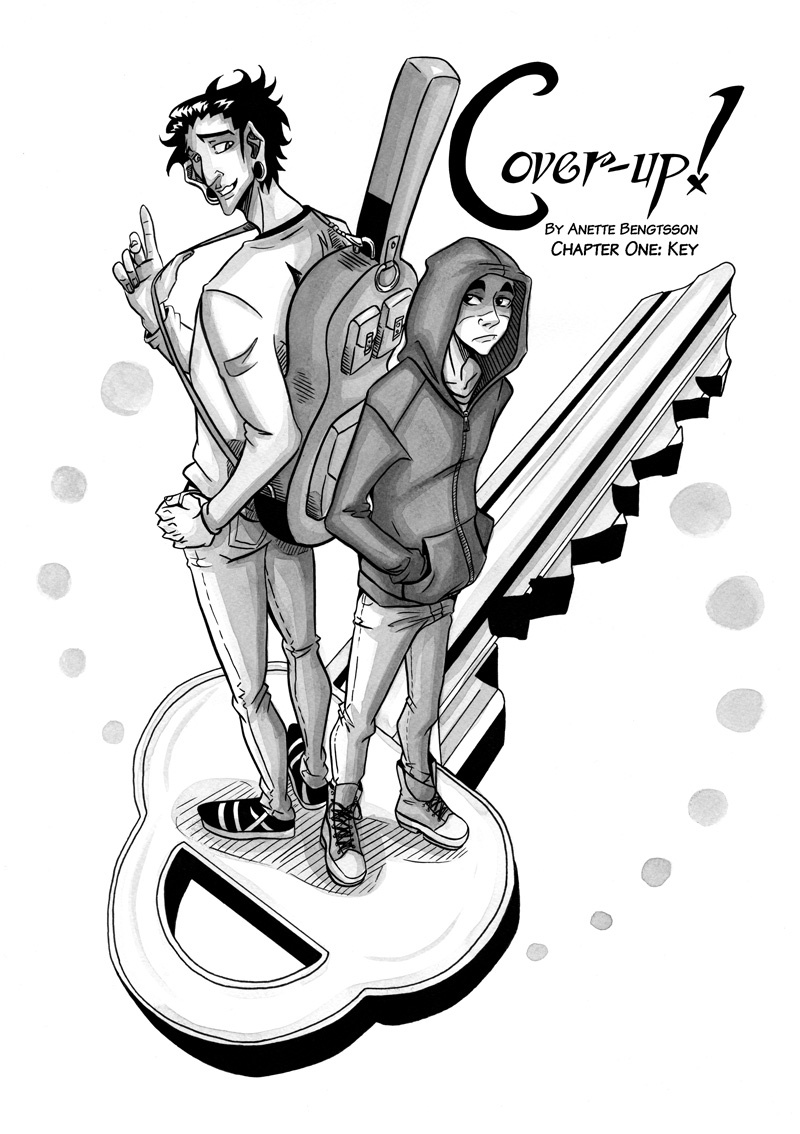 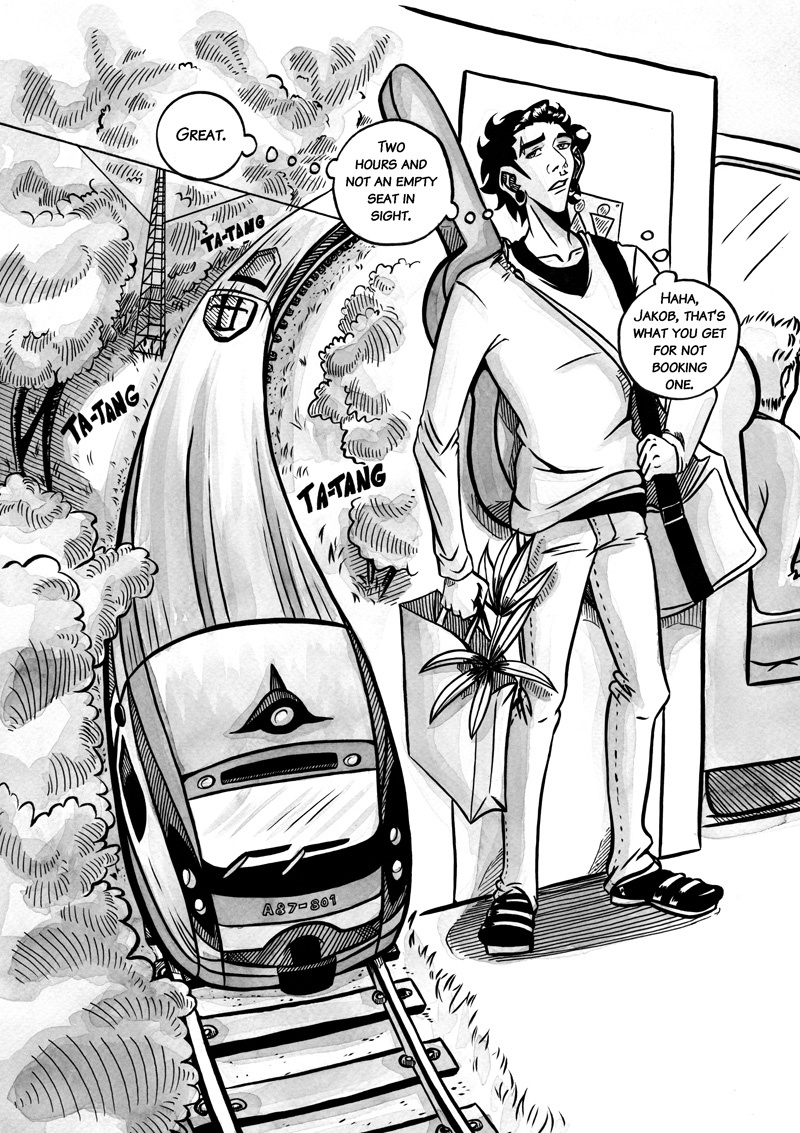 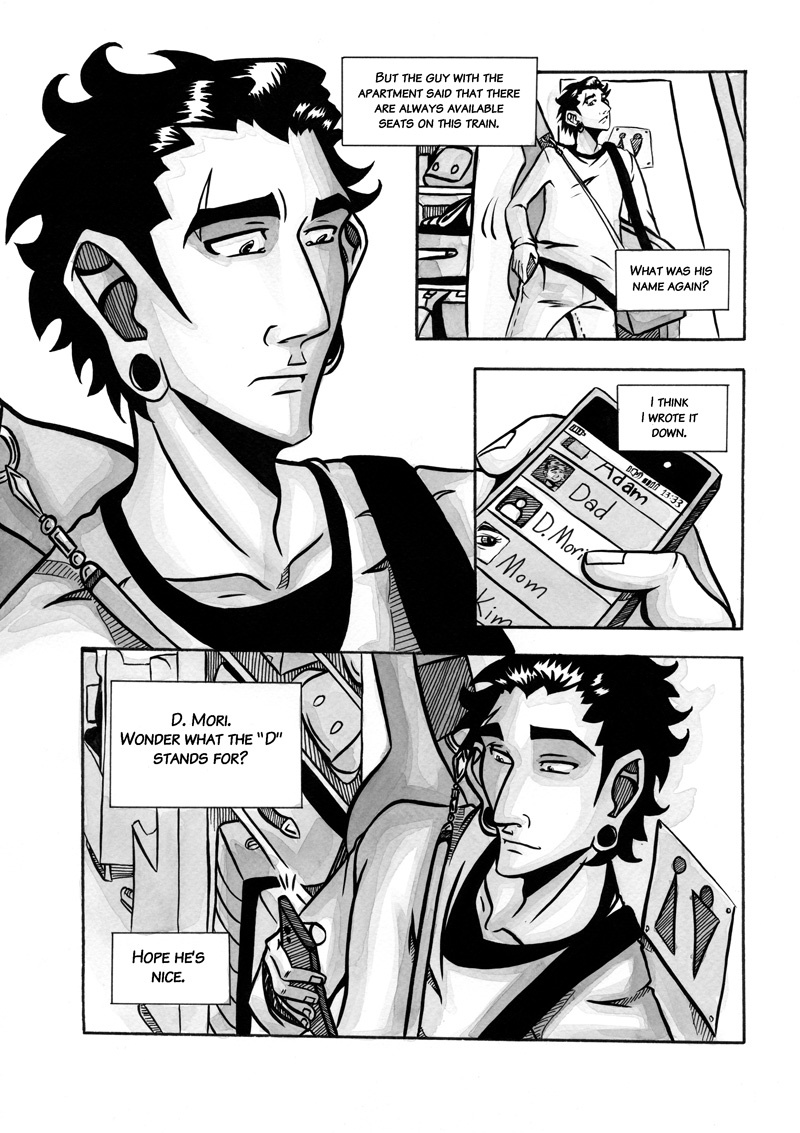 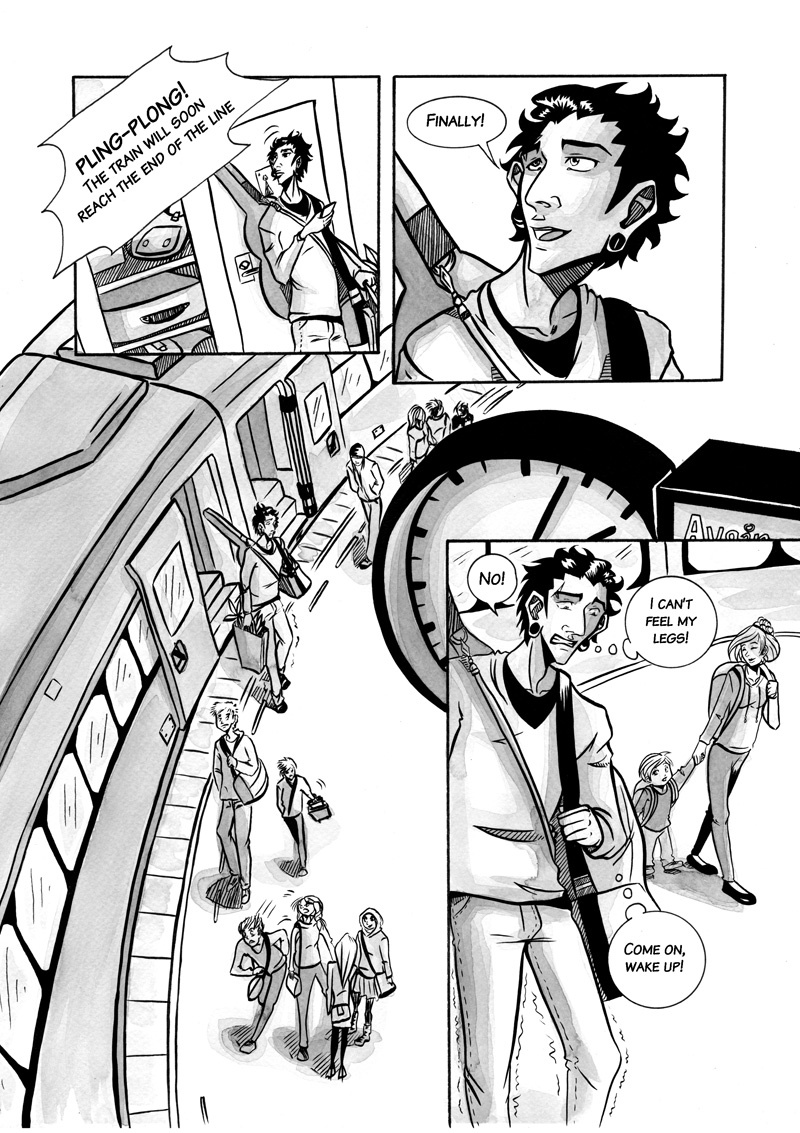 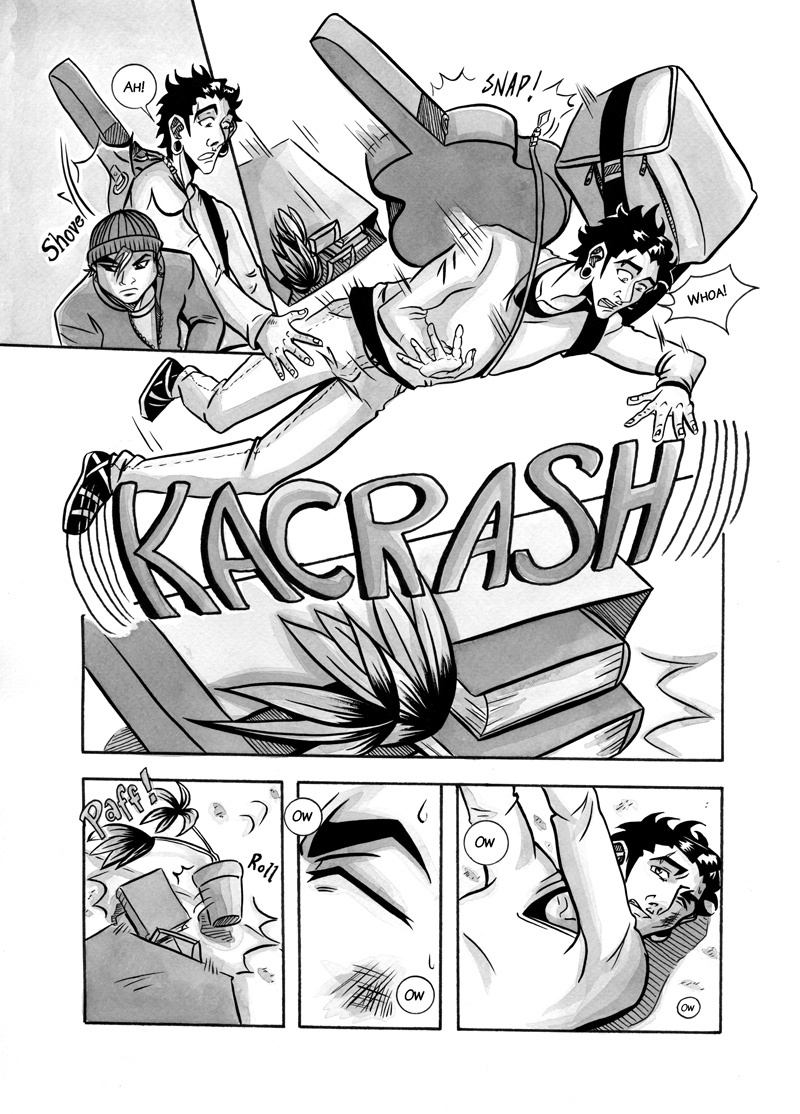 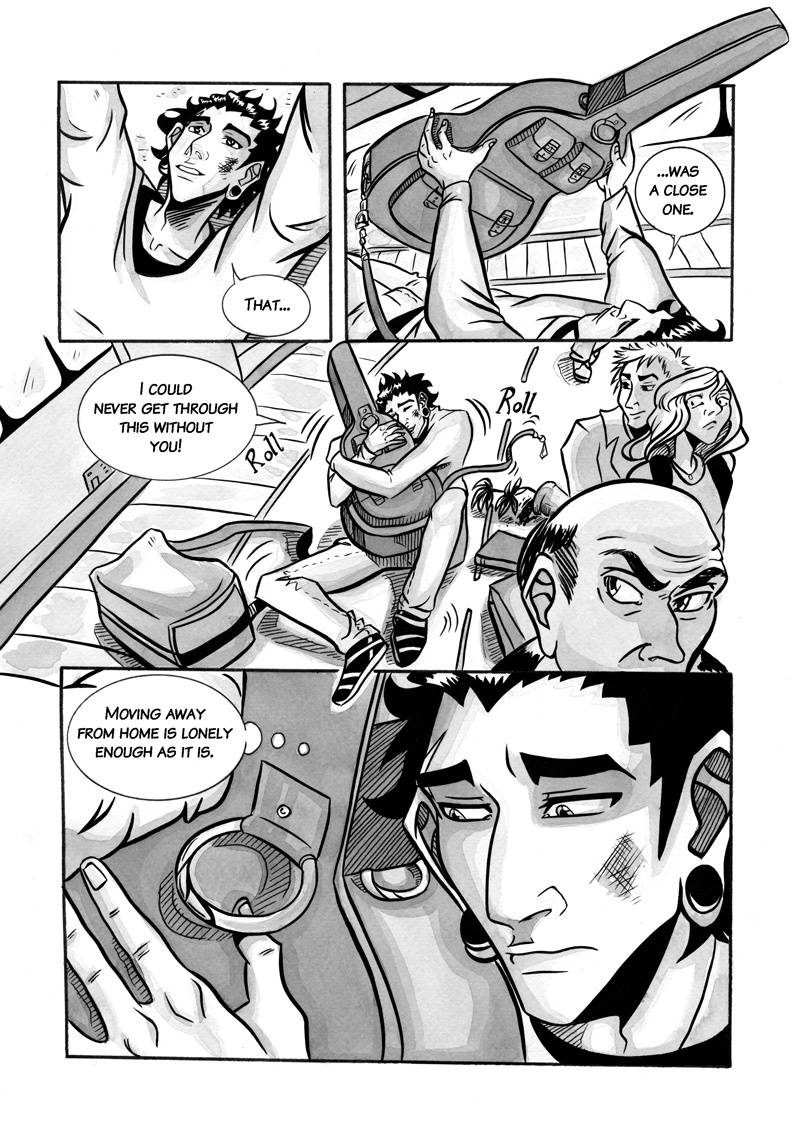 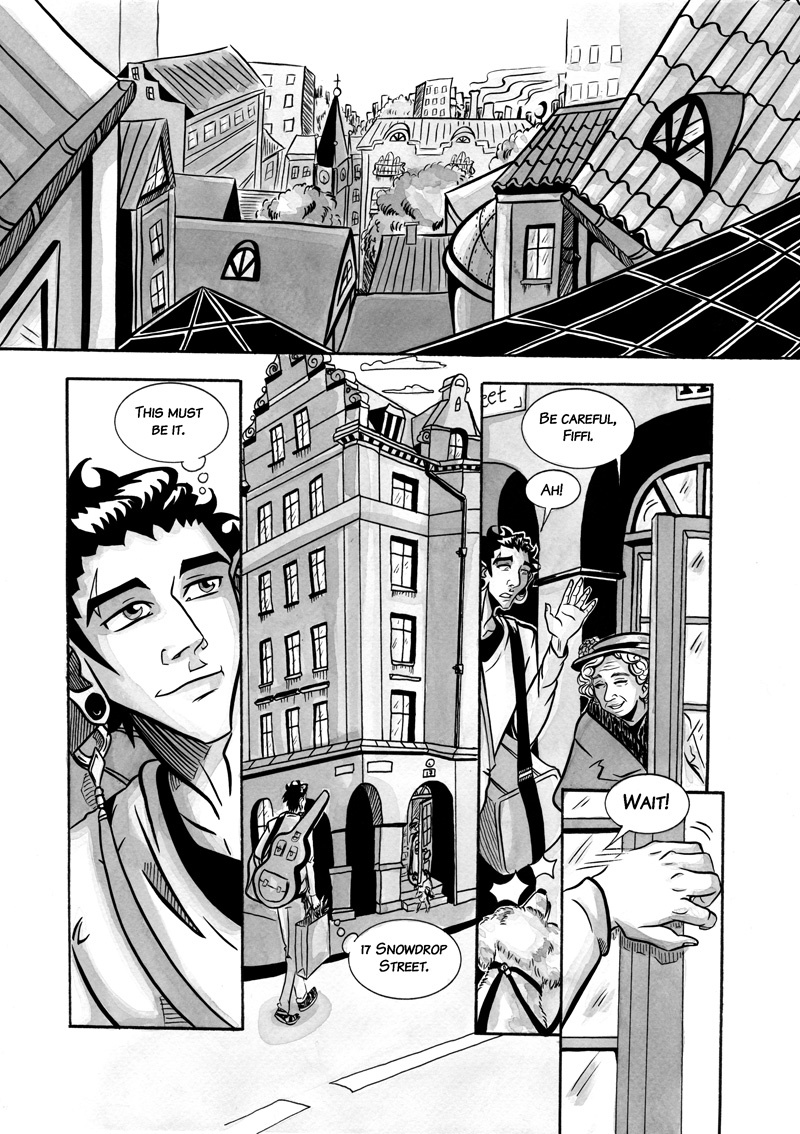 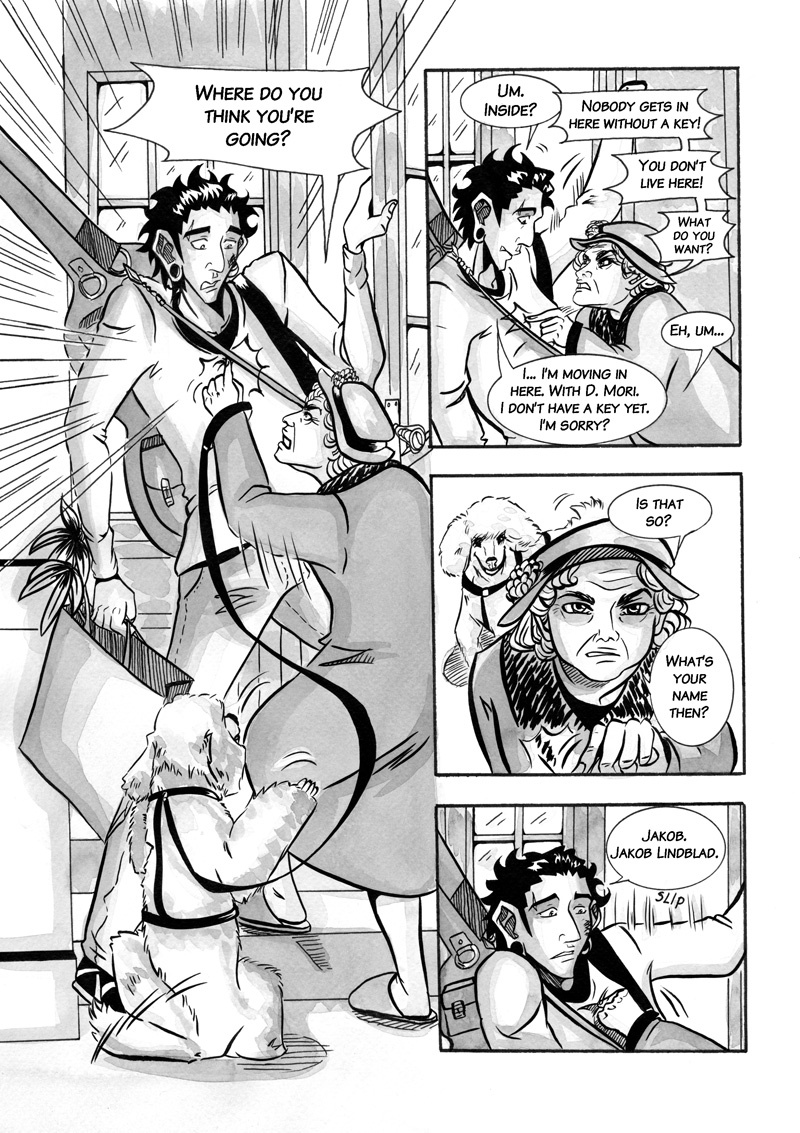 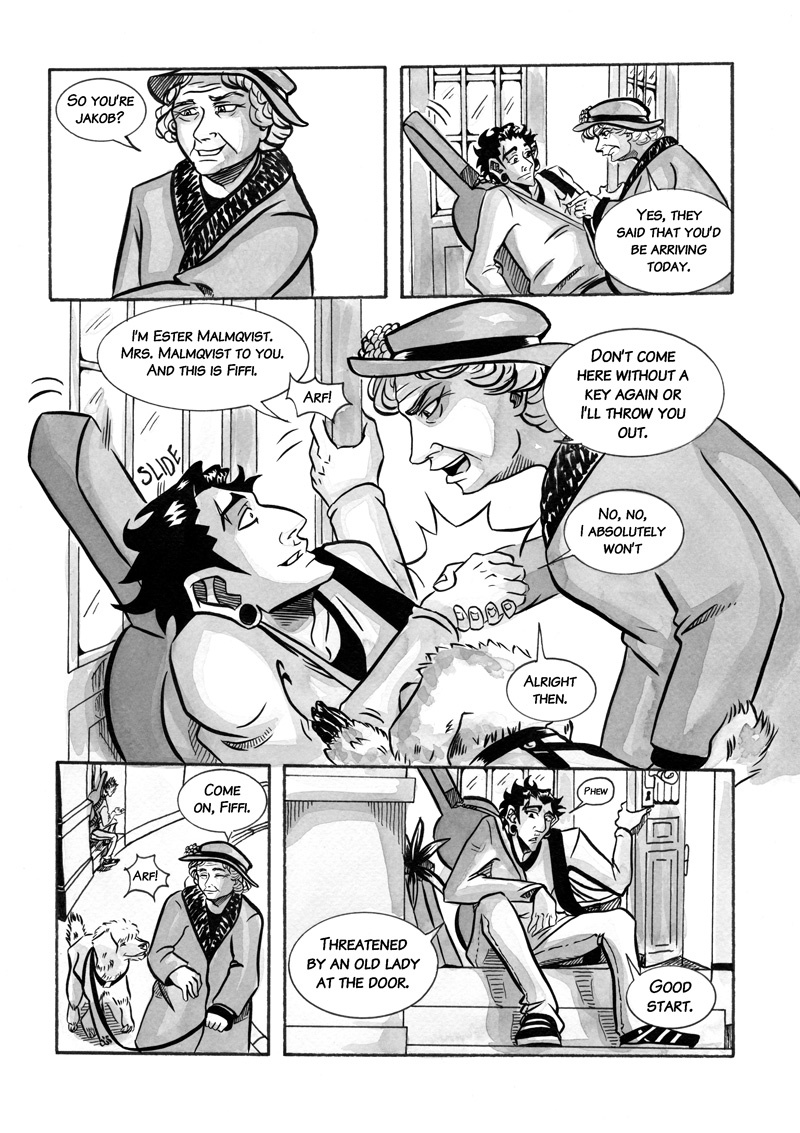 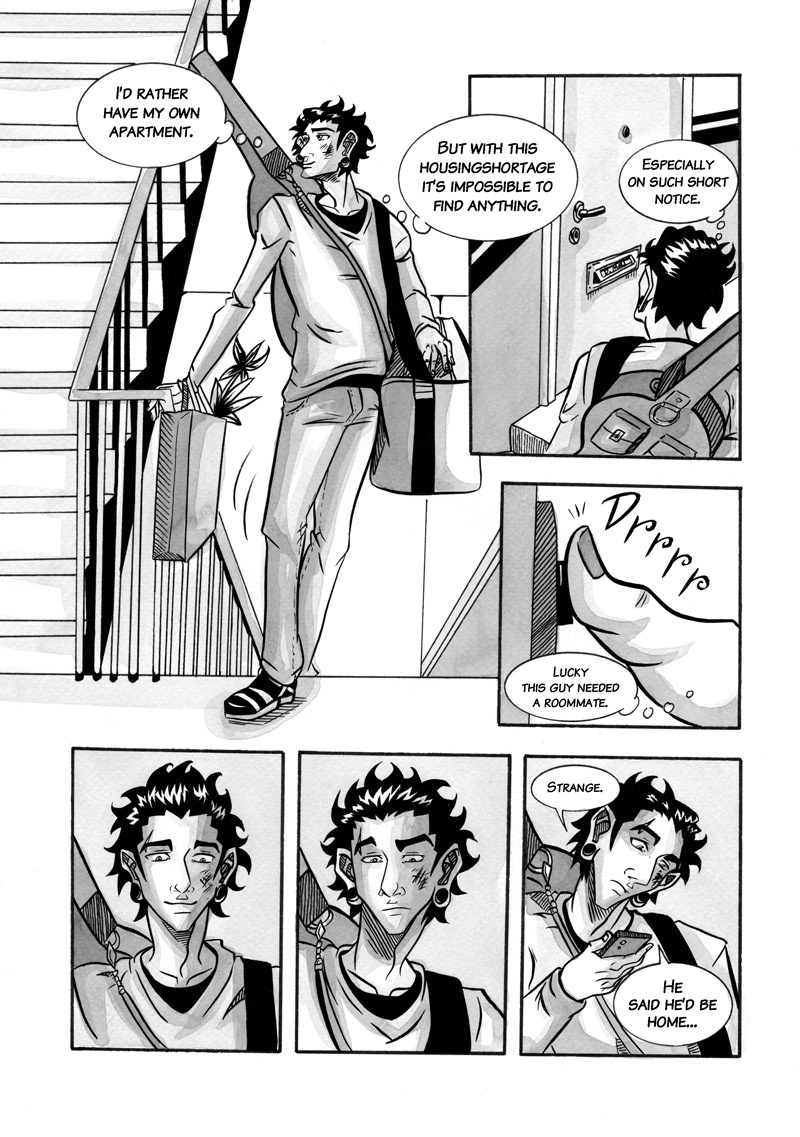 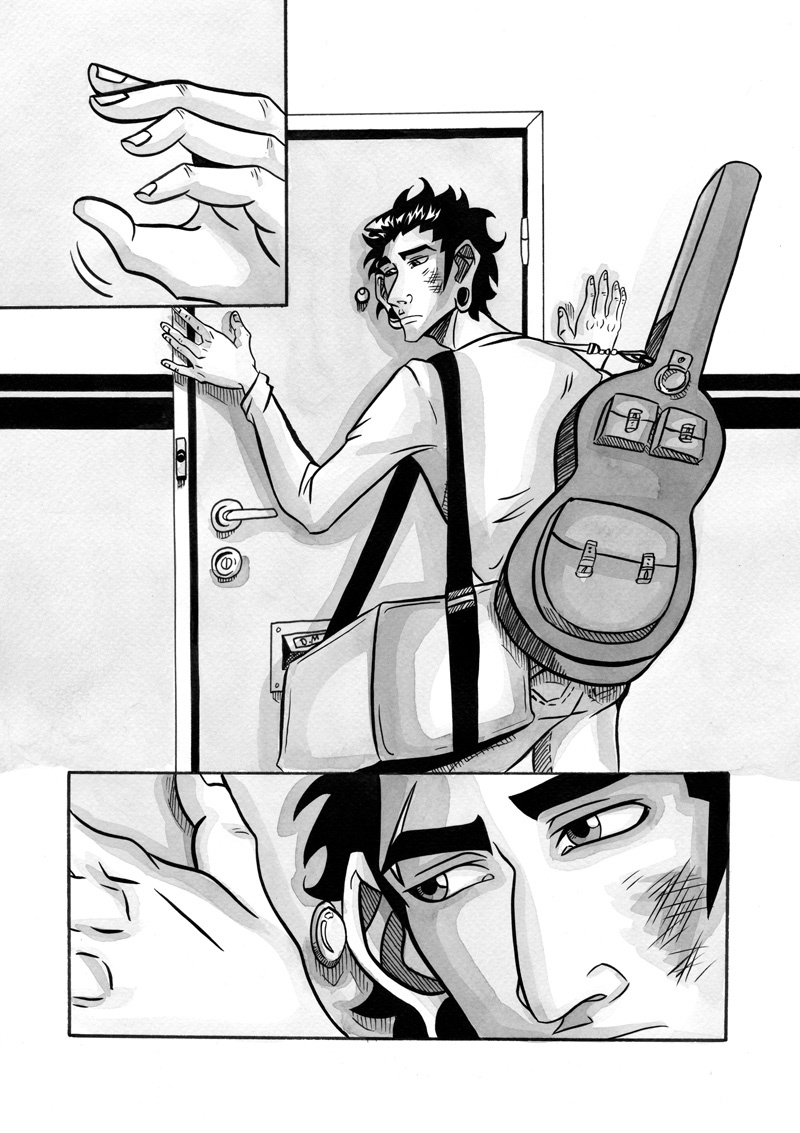 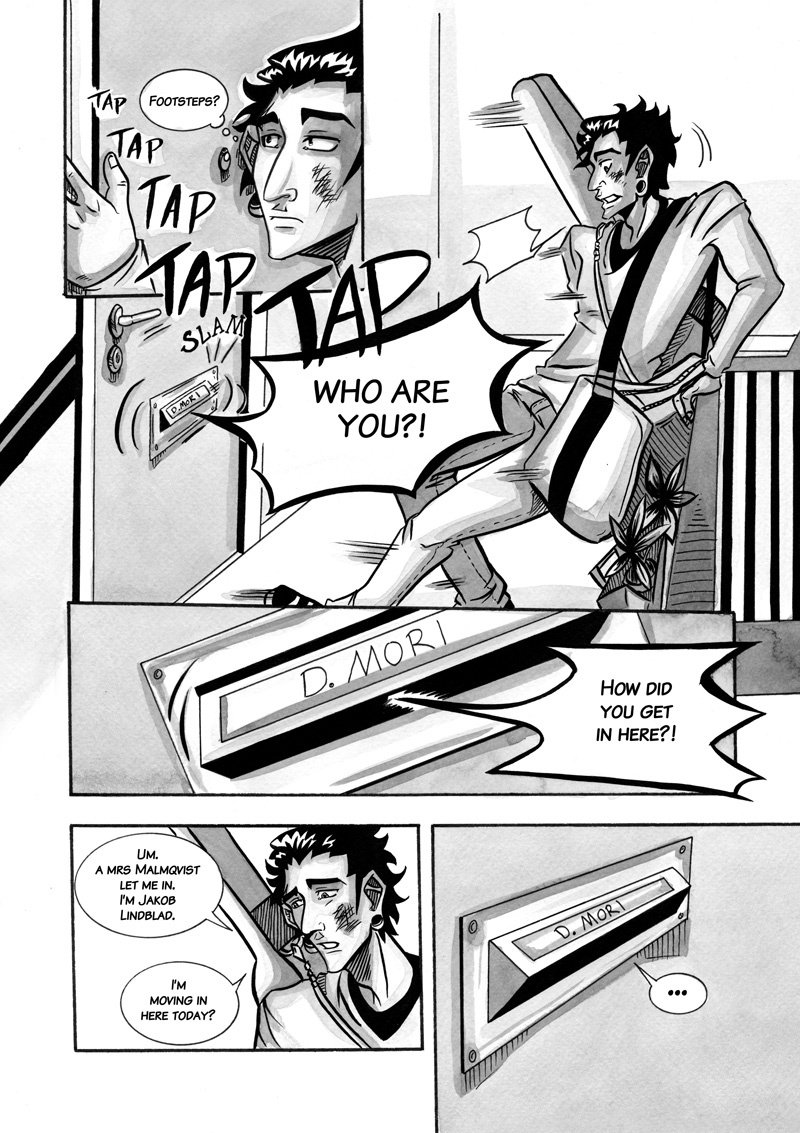 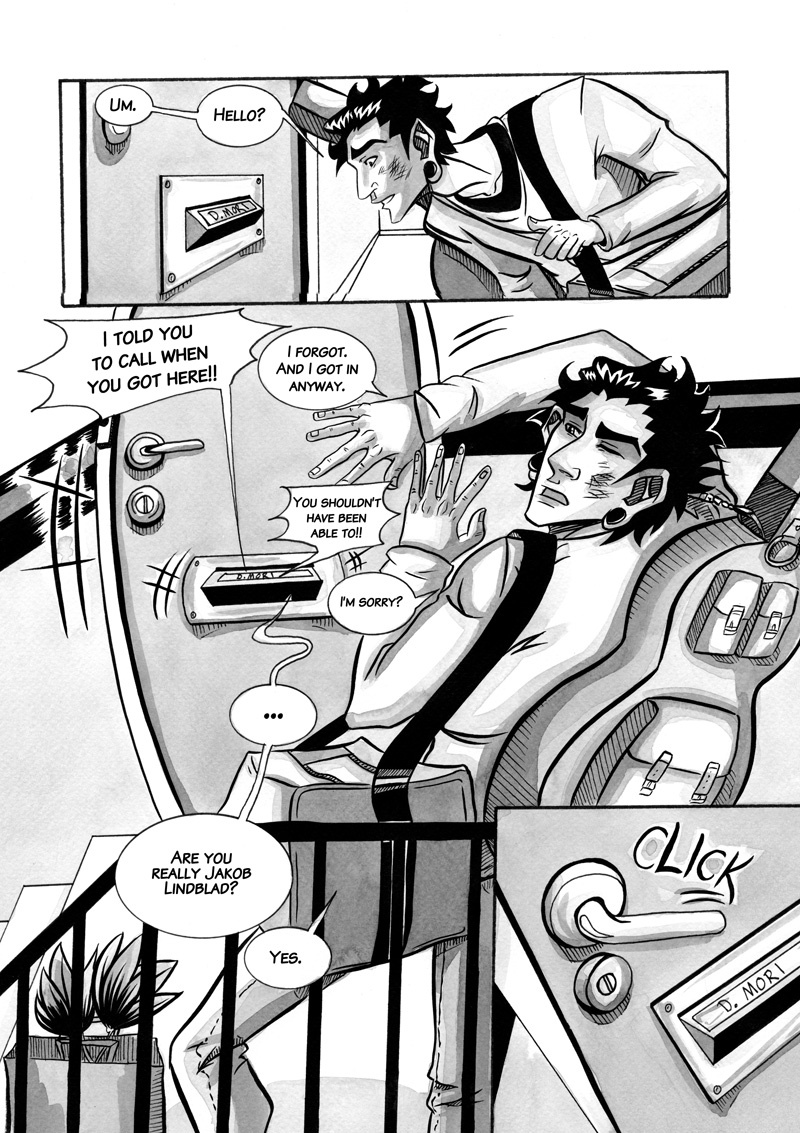 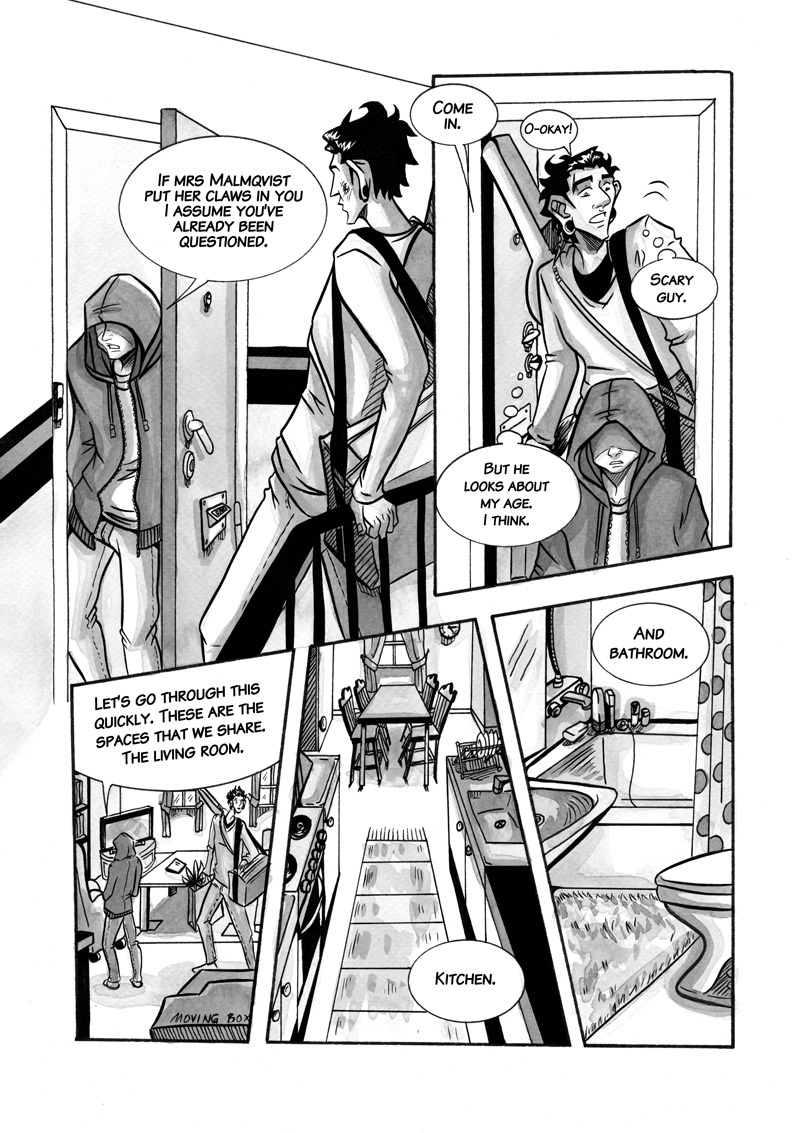 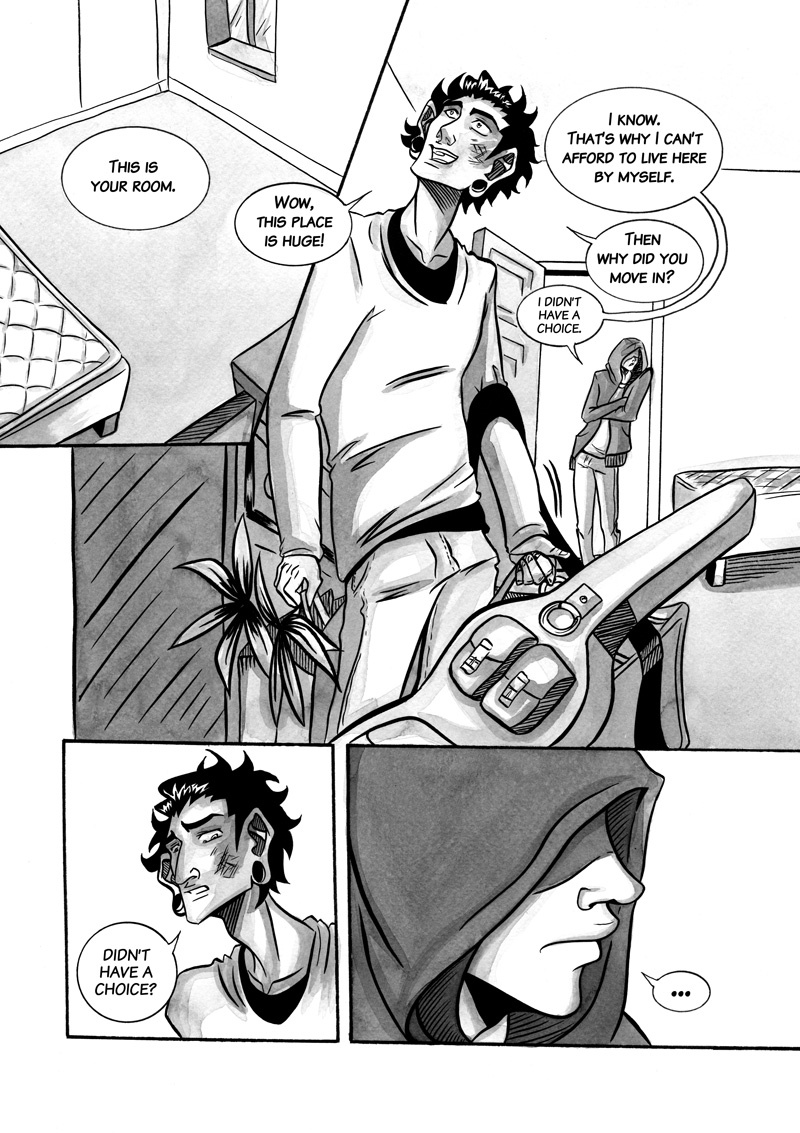 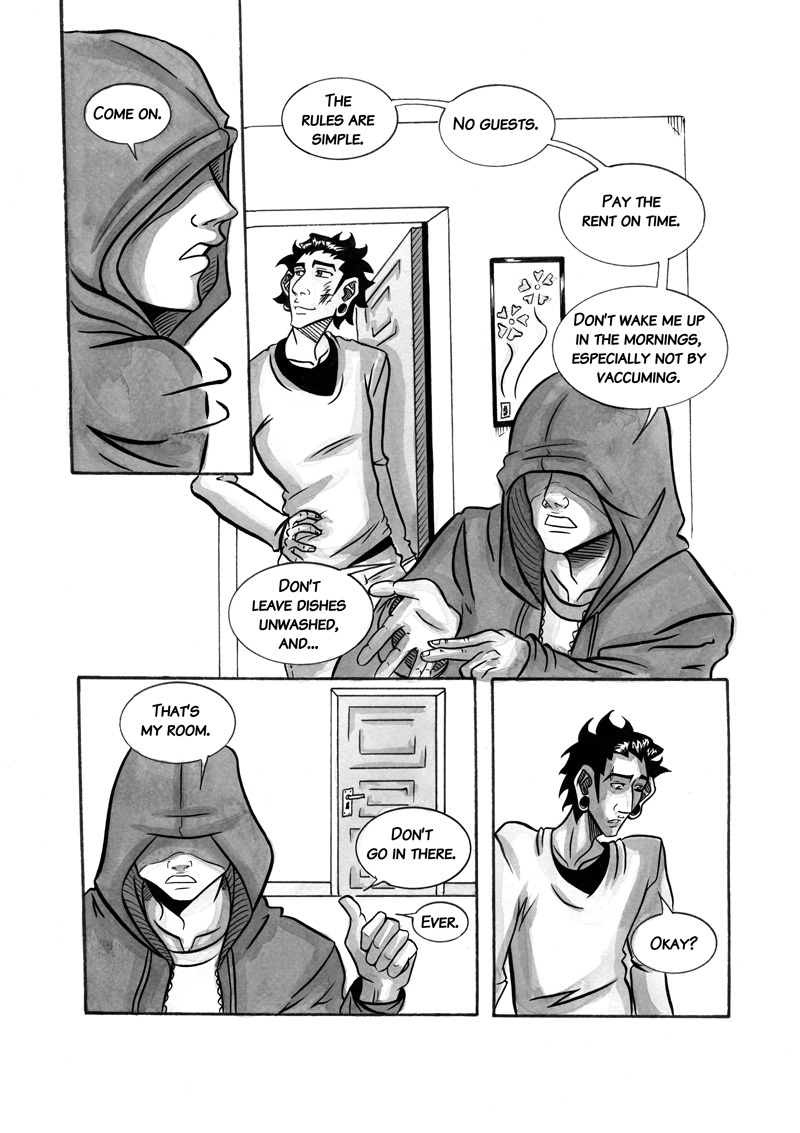 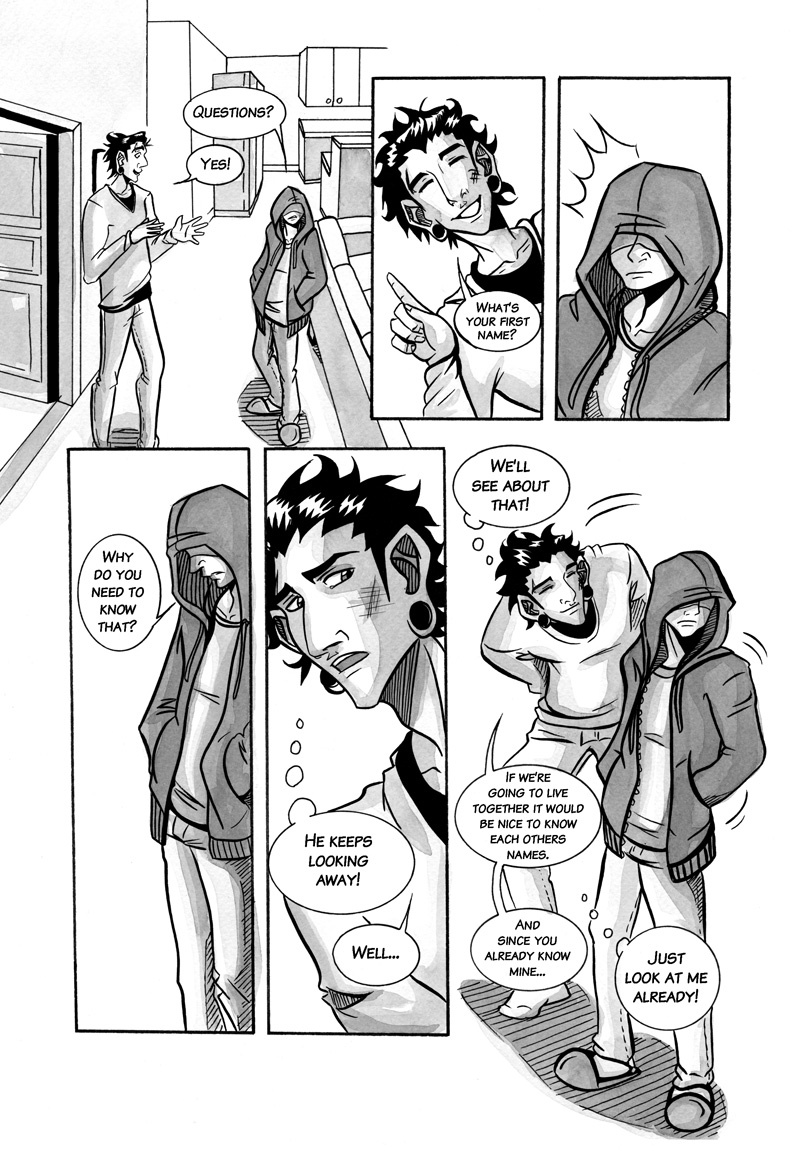 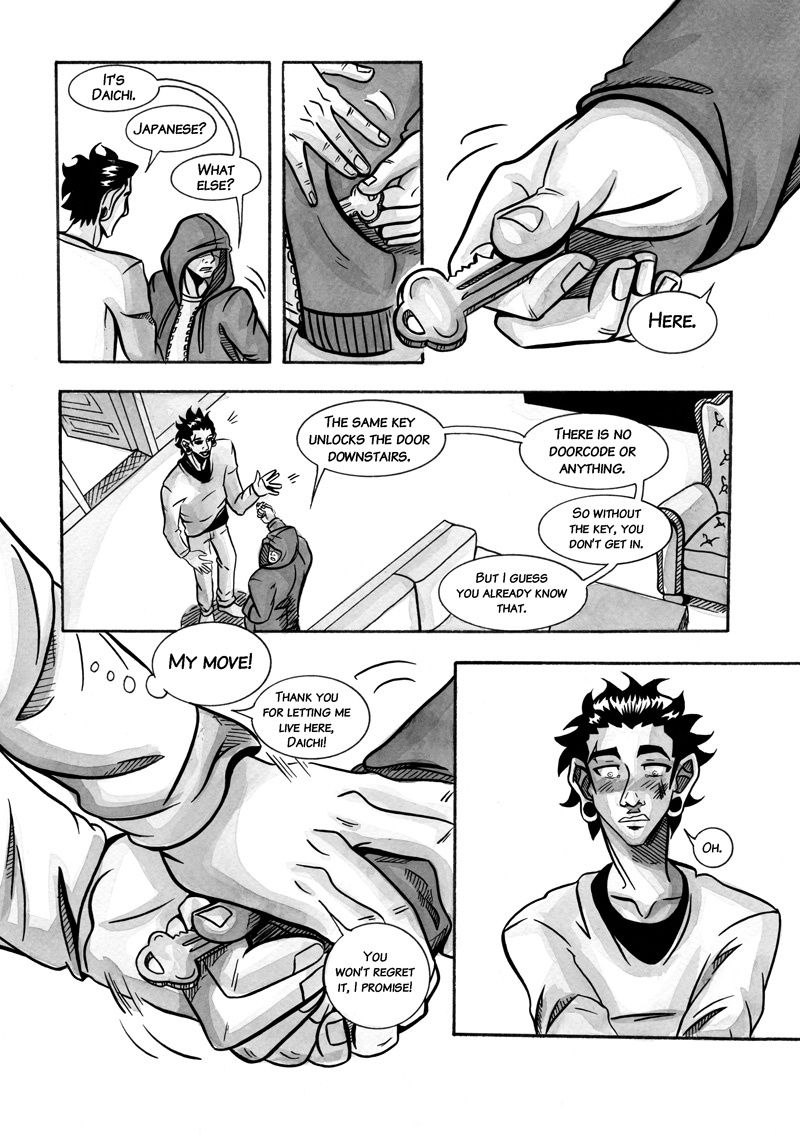 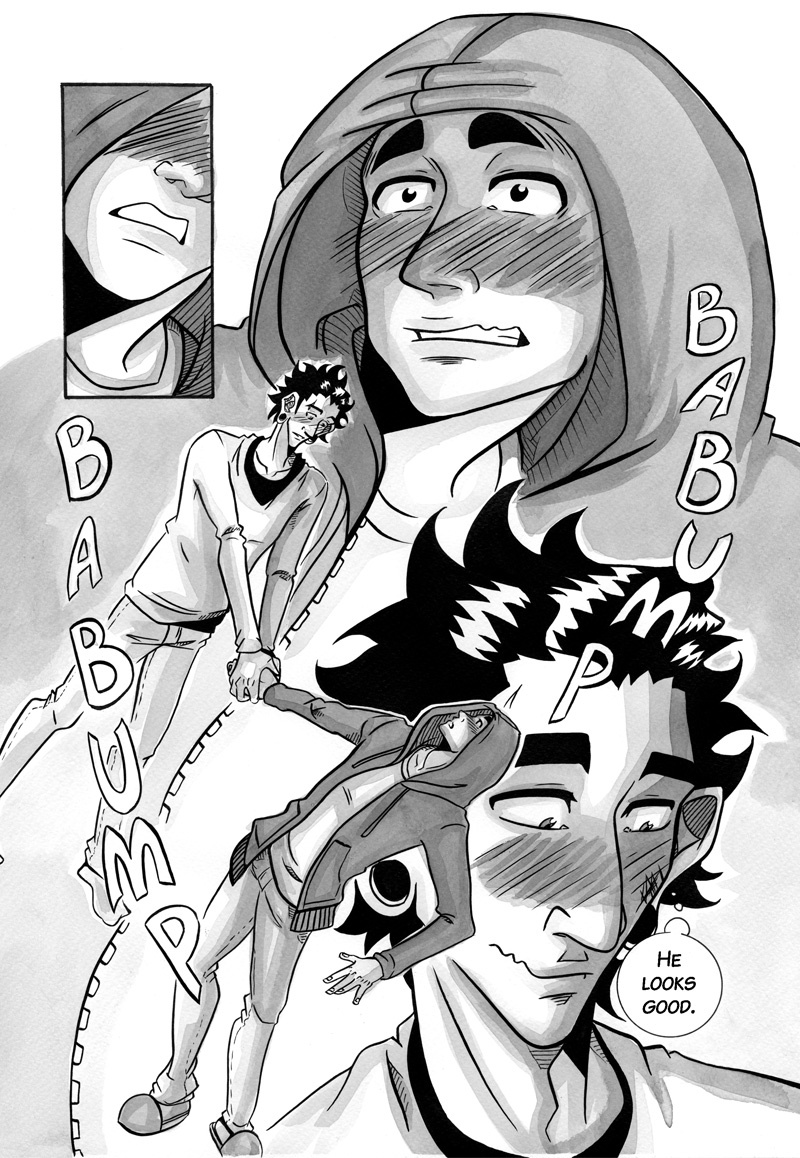 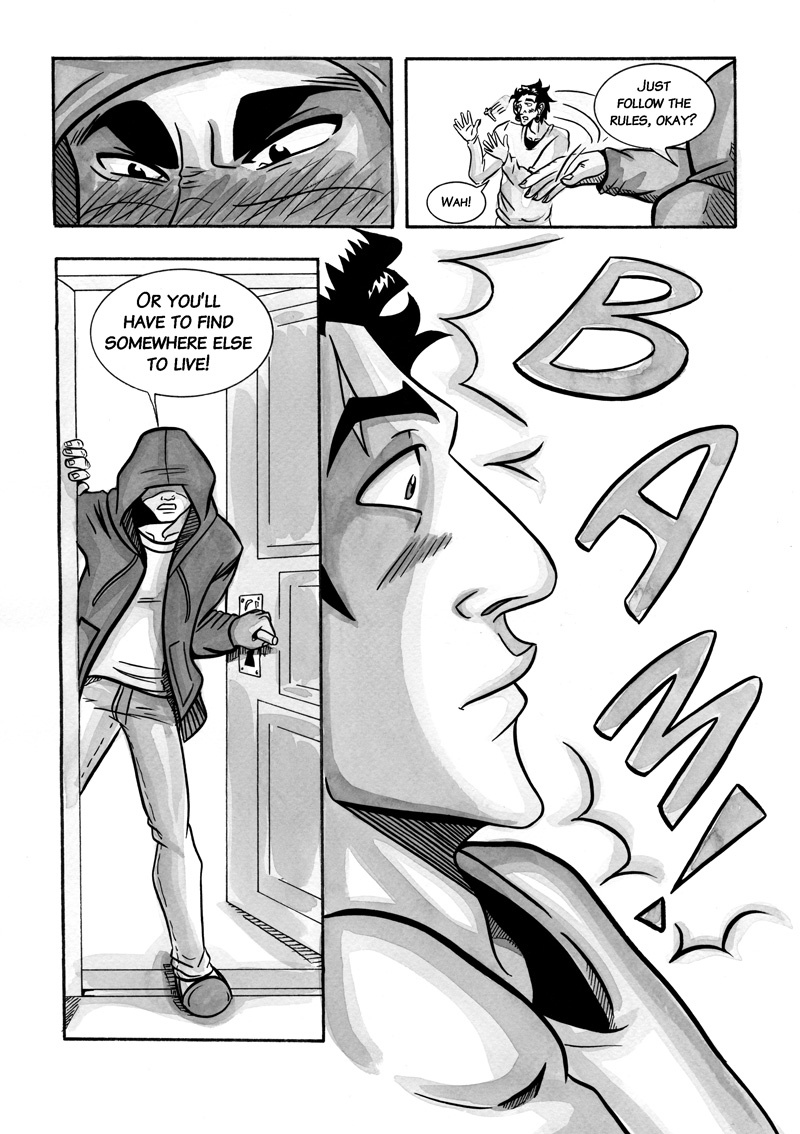 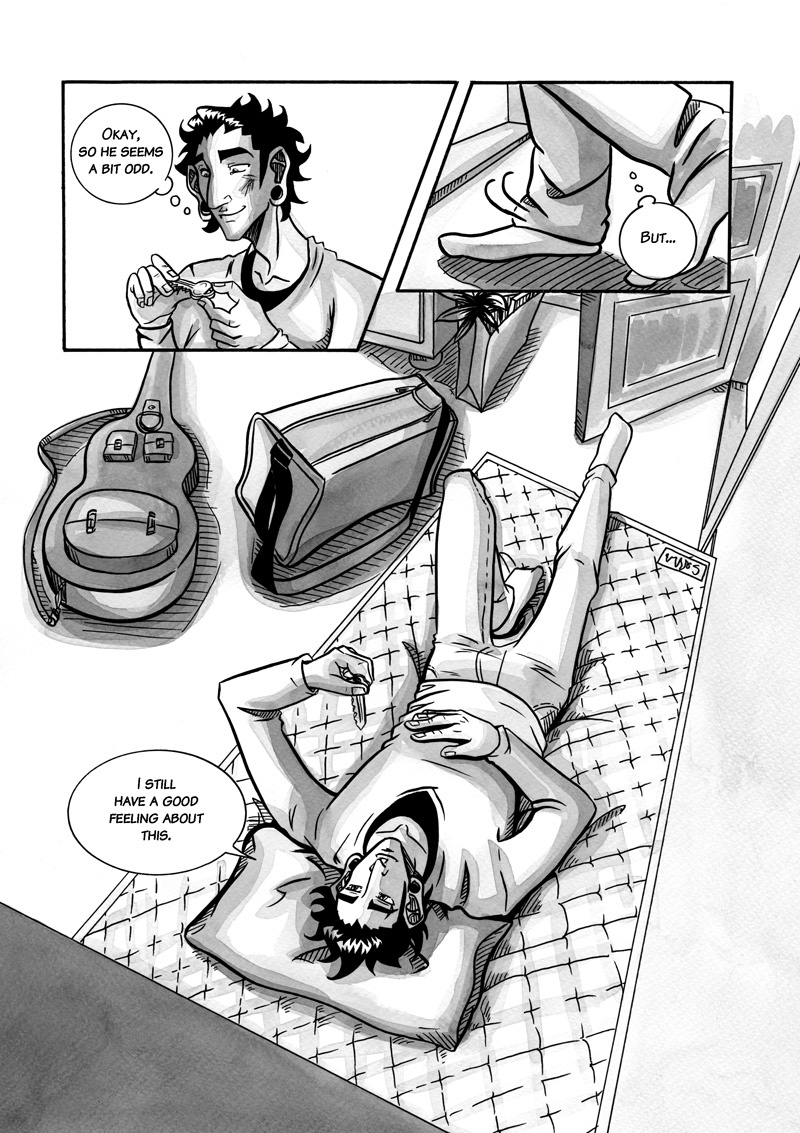 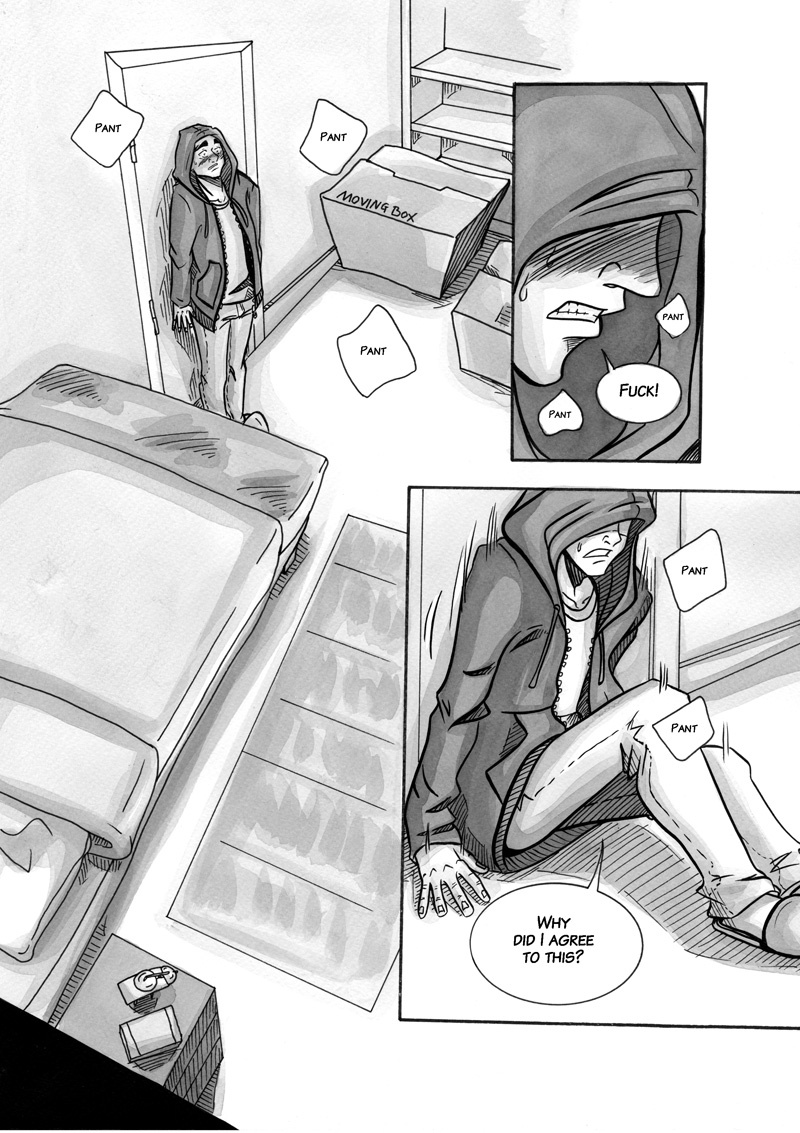 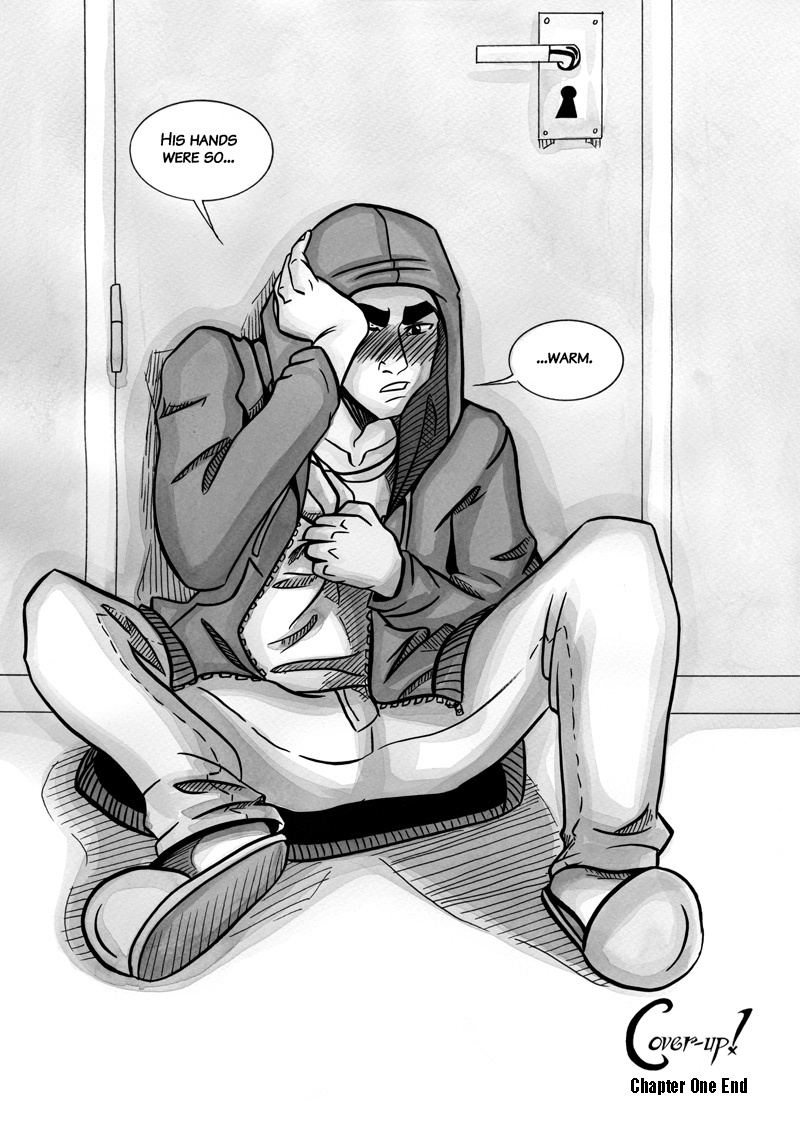 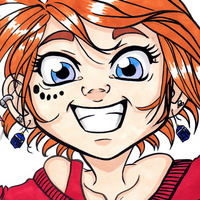 This is the first of the re-drawn chapters of Cover-up!
I started out by posting this comic on smackjeeves, but realized after two chapters that I had to change some things to make the story flow better (plus, my drawing style had improved a lot since I drew those chapters).
So, with this first re-booted chapter, I decided to start uploading Cover-up! here on Tapastic as well! (^_^)

If you want to check out my progess with the second chapter of Cover-up! (sneak peeks, sketches and such) I'd be very happy if you'd like to follow me on facebook. (http://facebook.com/CoverUpWebcomic)

I hope you'll like this comic and thank you so much for reading! <3 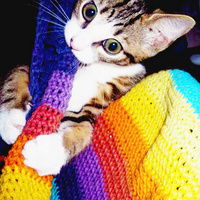 I absolutely love this new version! You have such a good sense of space and movement. I really like how tall you make Jakob feel, not only by the physical size you draw him but in the way he moves around. He has this sense of having more body than he quite knows what to do with. Like a very large dog just after a growth spurt. 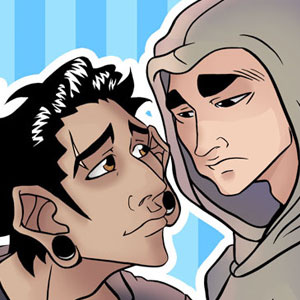 Jakob moves away from home and because of housing shortage ends up sharing an appartment with Daichi.
He seems a little strange, only wears hooded shirts and won't show his face without it.
But Jakob still has a really good feeling about it. The same can't be said for Daichi who is struggling with the demons of his schooltime bullies yet again come to torture him. He would like nothing more than to be left alone. But with Jakob added to the mix, that's not going to happen.

(this comic can also be read at cover-up.smackjeeves.com)
Subscribe 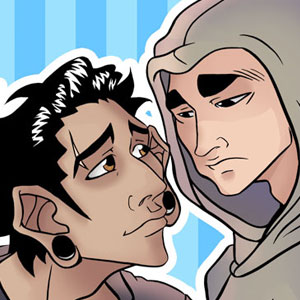