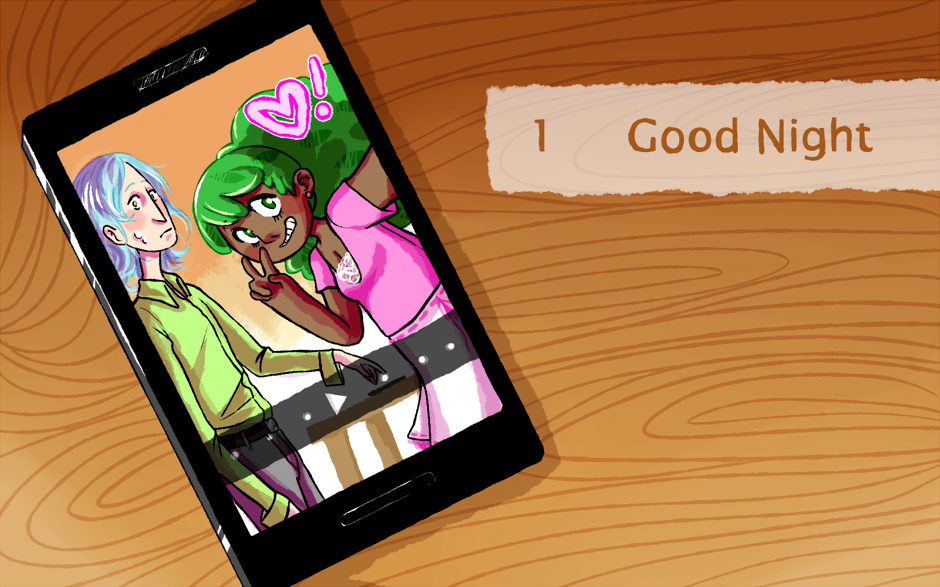 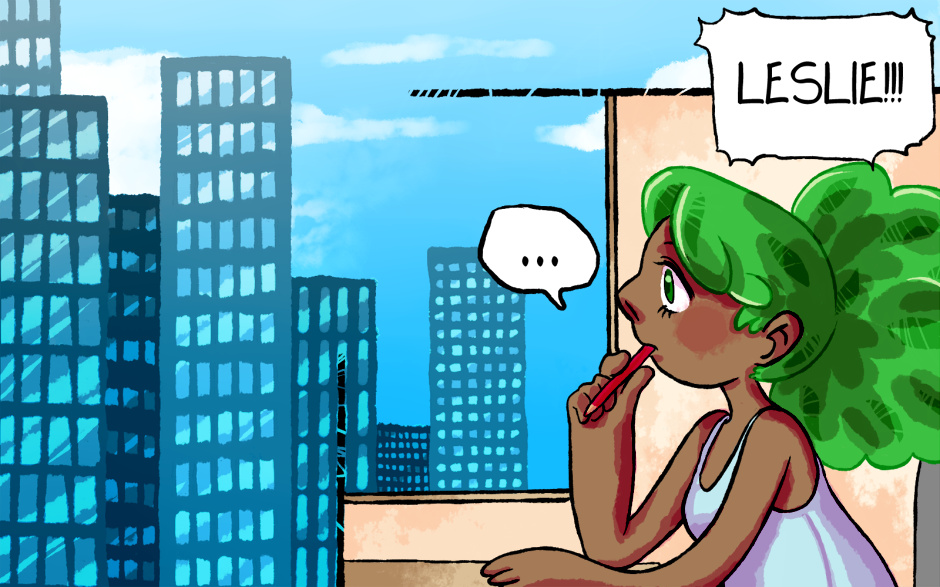 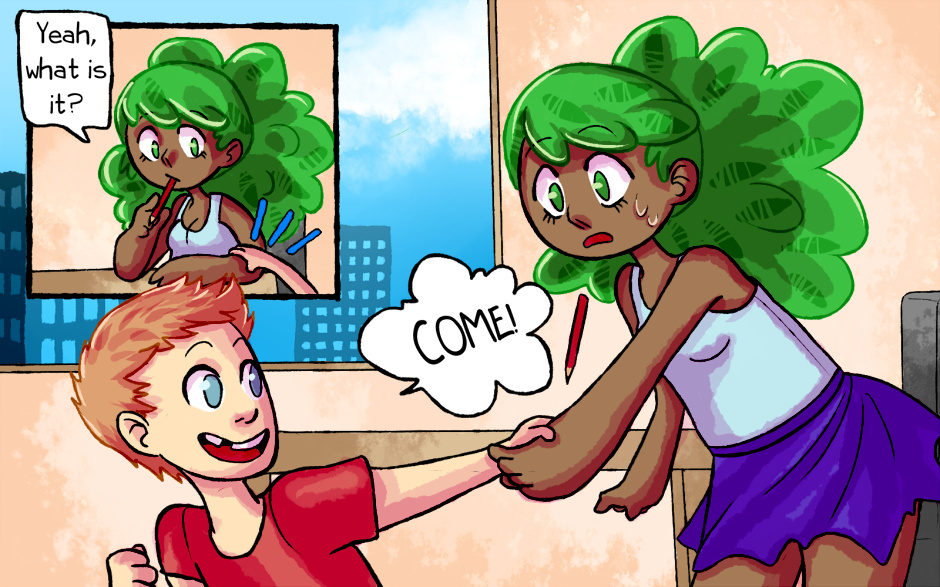 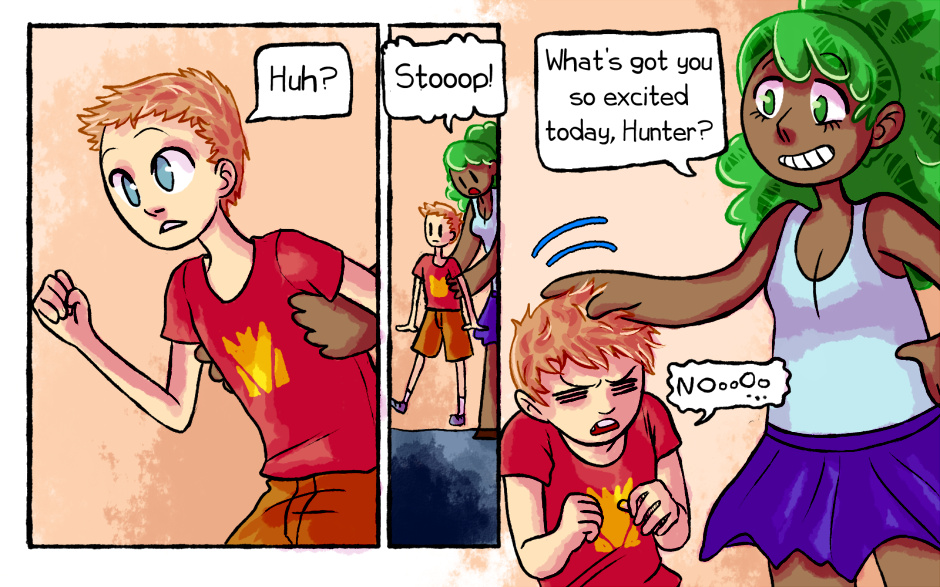 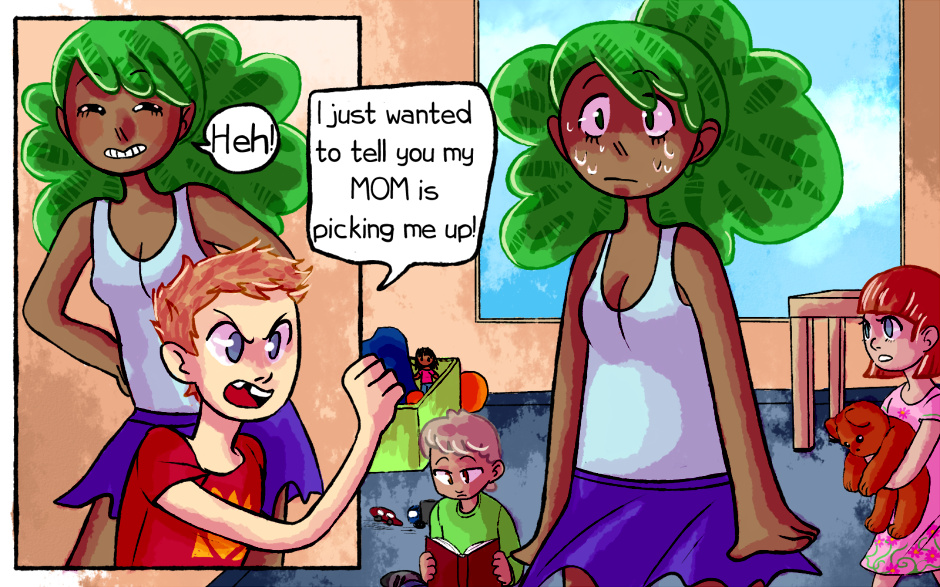 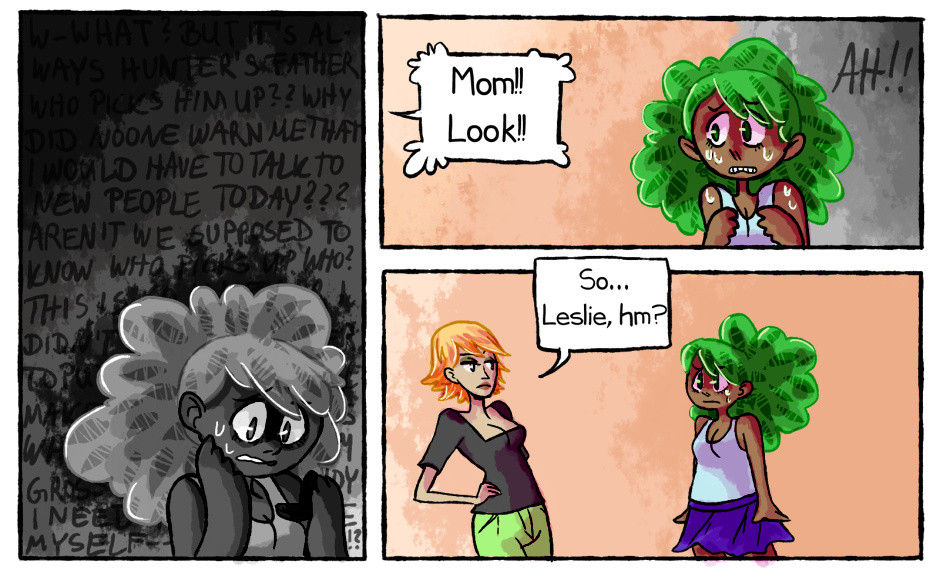 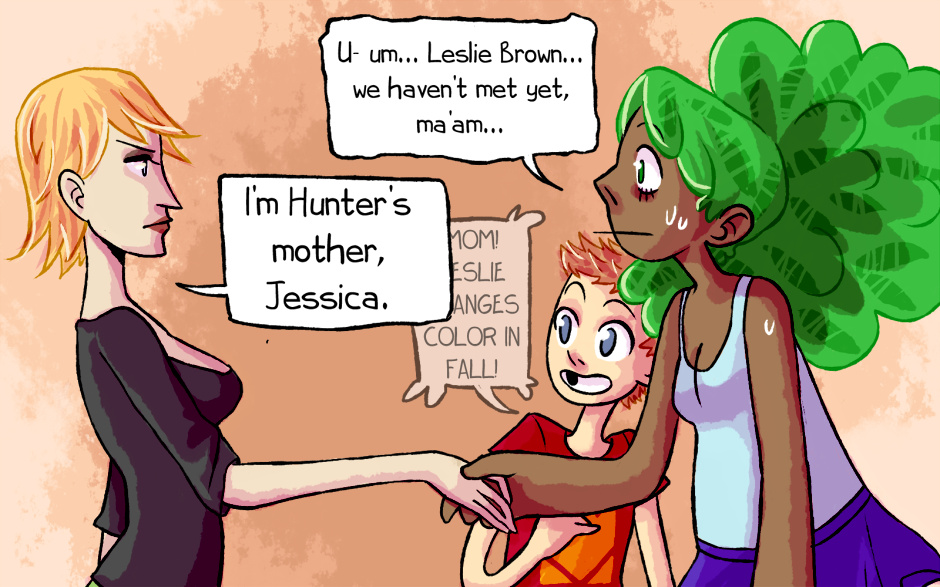 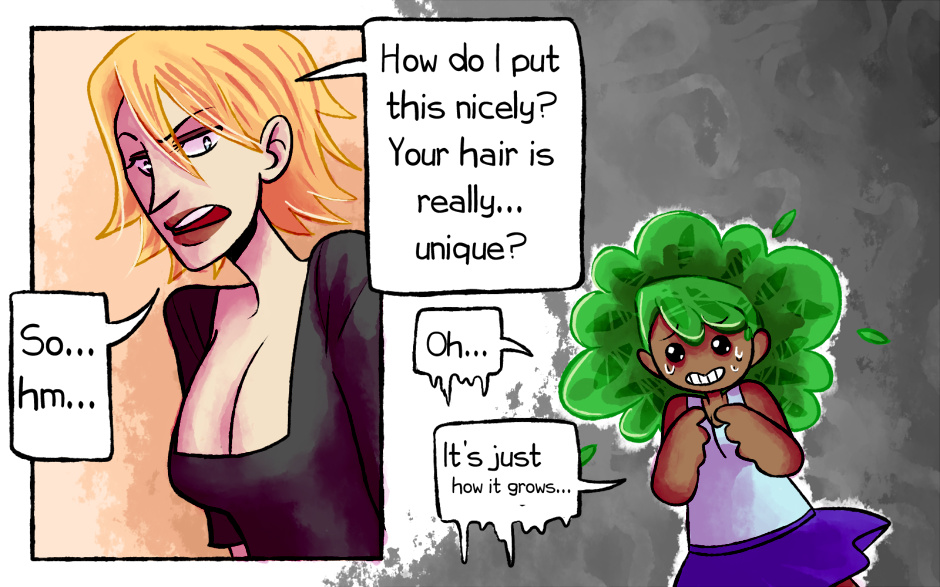 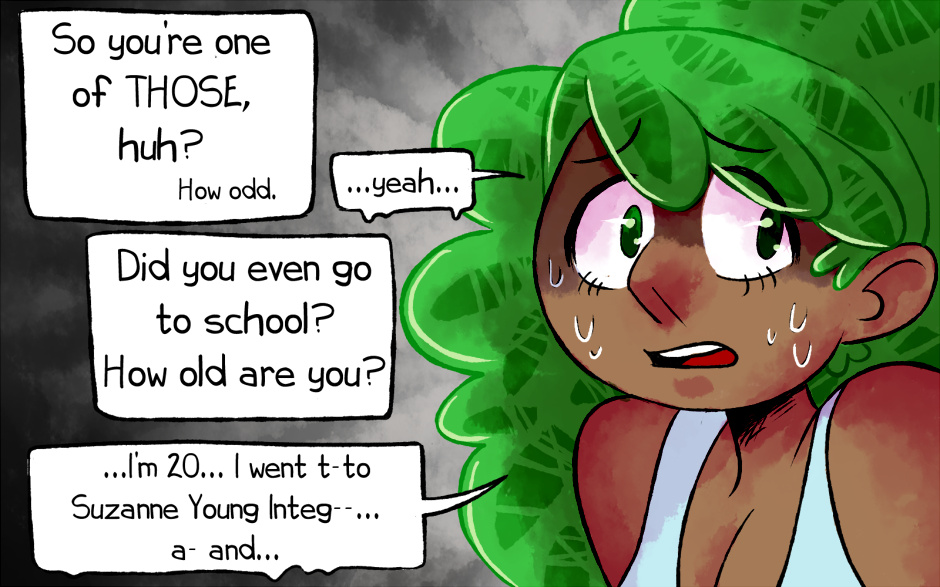 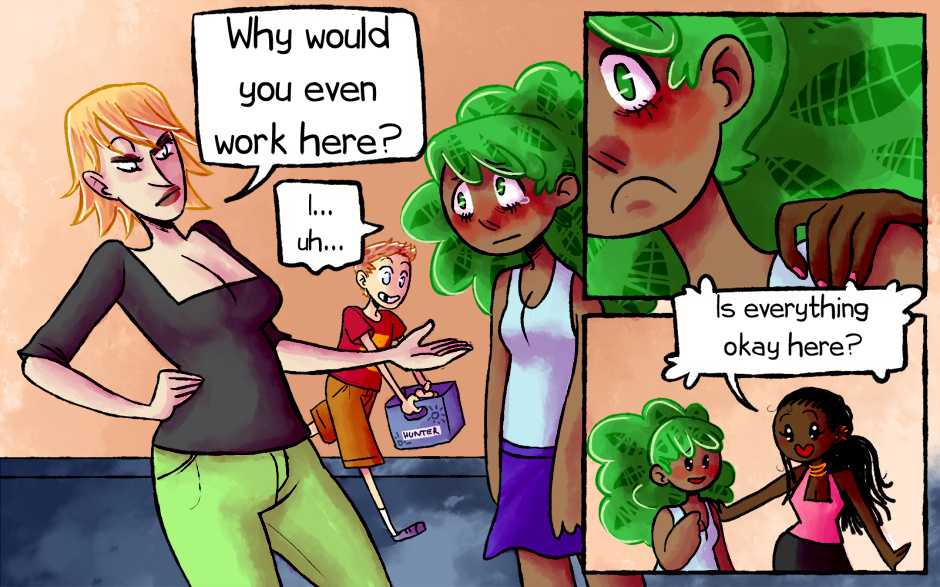 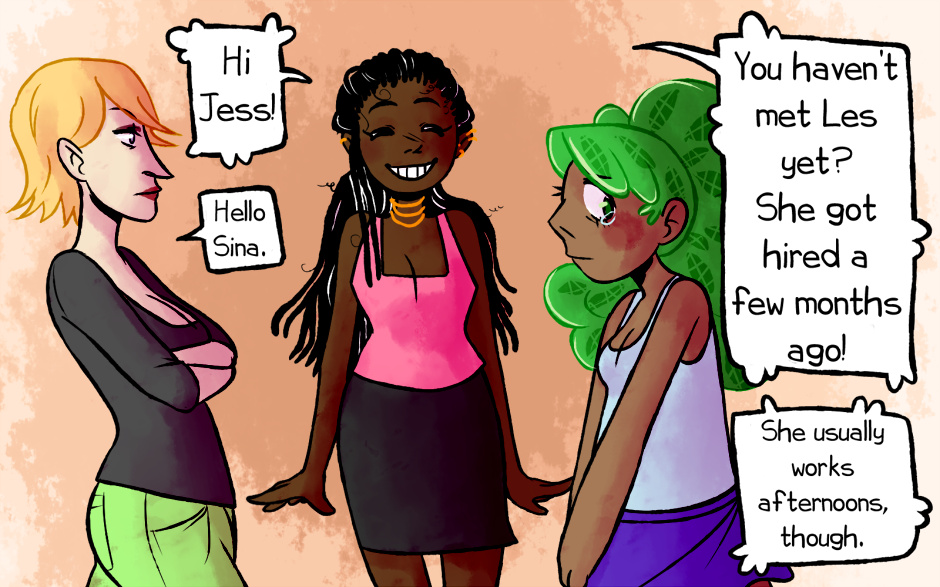 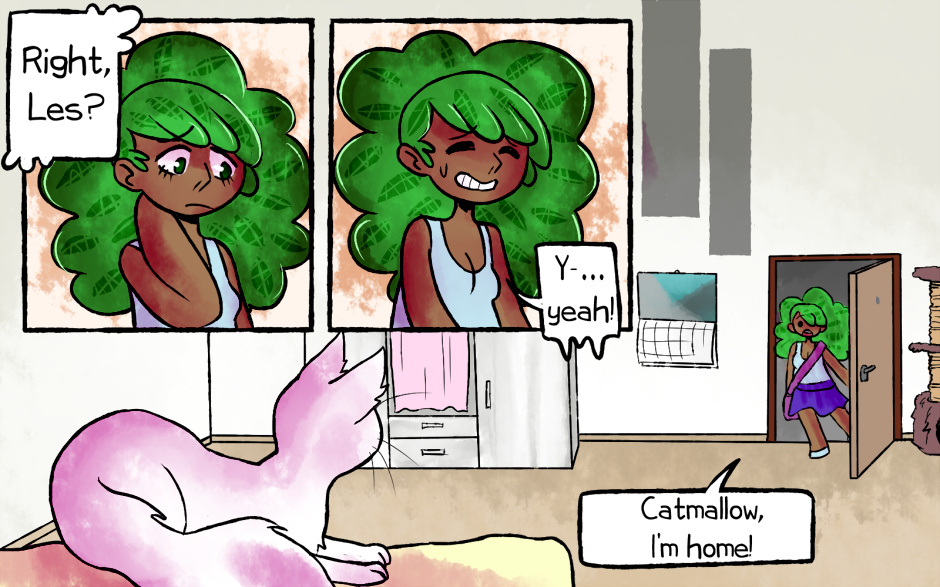 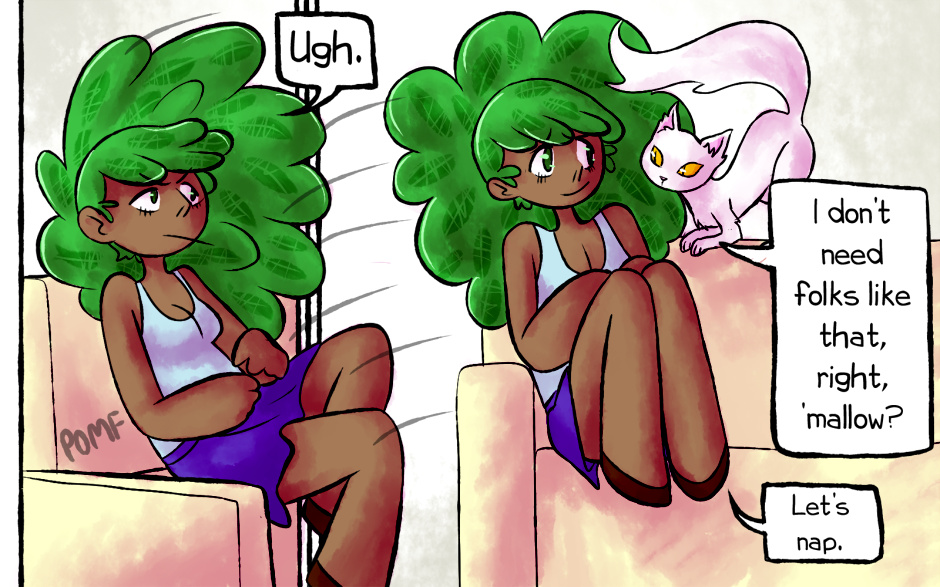 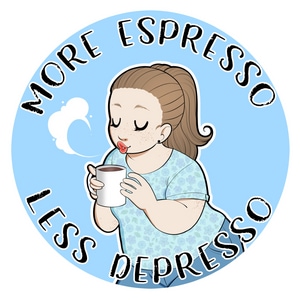 Meet the protagonists, Leslie and Sammy. Now without handwriting in the speech bubbles! 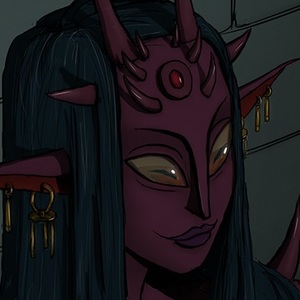 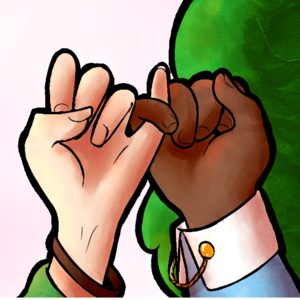 Not being human among humans is difficult. A story about being different, dealing with problems, friendship and trying to live a fulfilling life. All opposing things and contradictions included.

This comic was initially going to be in German, hence the title TagNacht. Early on in the concept phase I decided to go with English instead... the name stuck with me, though. An English equivalent would be "Day/Night". Or "Like night and day". I dunno.
Subscribe 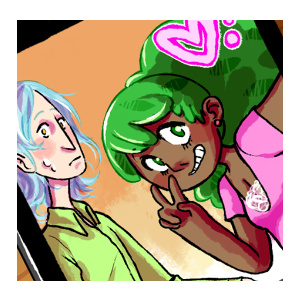