Your favorite comics, but in a shirt form

The following story is rated T for Teen due to violence and adult situations.

Legends say that a race of Humans called Cowboys once settled this land. At the dawn of the Golden Age, it was the Cowboys who rode here in covered wagons from far across the horizon and tamed these wild lands. Their mission was to protect the herds of wild cattle. They all owned firearms, rifles and revolvers with silver bullets. They used them every day to hunt allosaurs. The Cowboys were masters not only at shooting but also with ropes and shurikens called tin stars. They caught and tamed the first horses. They invented sunflowers. Their president was named Pecos Bill, a powerful Epic who ate dynamite and rode a tornado. Pecos Bill lead the Cowboys in a battle against an invading nation in the Arena.

Most importantly, Cowboys lived by rules of honor called the Code of the West. The first rule of that code was “Thou shall live each day with courage.”

That was all before the Fall. During the Fall, Humans lived without courage.

A scout focused a large black eye at the small farmhouse. From her hiding place in an oak tree, she watched it for several minutes. Smoke from the chimney told her that the farmhouse was inhabited. A lone scarecrow on a pole in the bean field served as the only defender. A covered wagon out front with a broken wheel suggested that the inhabitants were likely Humans seeking shelter after an accident had waylaid them, but the scout continued watching suspiciously.

Lights flickered from inside the single room farmhouse. The lights grew dimmer, and the smoke grew thinner. Still, the scout held her position, watching for any signs of an ambush. Eventually the wind shifted. Smoke reached her nostrils. Her forked tongue flicked into the air, tasting it several times. She dropped off her tree limb and scampered down the hill.

She reported to her companions, “Baked beans, I smelled beans cooking in that fire with honey and pepper. Only Humans cook beans that way.” The scout spoke in a slurring reptilian tongue. The other Reptilian Raiders grimaced.

A stern Raider with thick muscular arms and many scars pointed in the direction of the house. He said, “That hovel was uninhabited the last time we came through. Why would Humans squat there?”

The scout answered, “It looks like they were pulling a wagon when one of their wheels broke. This was probably the nearest structure where they could shelter for the night. It's why we wanted to stop here.”

A shorter Raider with a drooling mouth asked, “What are their defenses? Are they armed?”

“I didn't see any weapons, and if they have firearms, they could shoot from the windows. The southern wall doesn't have windows. They didn't post a sentry outside, so they deserve the death they have coming.”

The muscular Raider snorted. Then he said, “Alright, we won't pass this opportunity. If this is a trap, however, I'll skin you myself and wear your hide as a pair of pants – with your face on my crotch.”

The scout retorted, “That's the only way you'd ever get me to touch it, Gruglux.” The small band of Raiders chortled at her banter. She continued, “Now stop being such a coward. I haven't seen such a cautious pack of Raiders since I stepped through my breach. Do you lot have scales or feathers, because I didn't spend an hour in that tree to pass up an easy raid.”

The muscular Raider looked at his warriors. He counted five warriors, each armed with spears, plus himself and as the same number of trapcats. He had his revolver on his hip. “Get on your cats,” he commanded.

The Raiders climbed into their saddles. Large tiger-like felines growled and stretched their claws. The cats carried the Raiders swiftly over the hill. Padded feet ran fast but with very little sound. They reached the farmhouse in seconds. The scout paused at the scarecrow and poked it with her spear just to make certain it wasn't alive. It felt metallic but smelled like straw and didn't breath. Satisfied, she joined the other Raiders at the farmhouse's only door.

Two raiders leaped into the wagon. The others broke down the farmhouse's door. Their trapcats prowled around the house's exterior. Inside the house, they stabbed at lumpy figures under the covers but found only piles of straw there. A kettle pot of beans was still cooking in the fireplace.

The scarecrow lifted its head. A camera lens focused on the farmhouse. Mechanical legs dropped into the field's soft dirt and mechanical arms reached for the canvas bundle behind its back. The canvas fell to the dirt revealing an exceedingly long rifle. At the robot's radio command, the kettle exploded, scattering shrapnel and beans across the house.

Breachworld and 420 are the creation and sole property of Jason Richards Publishing This story and all included text are an original tale of Breachworld by Scott Zaboem made with specific and express permission Jason Richards.

Welcome to the first exciting installment of Soulless Saint. Well, it's exciting for me, but I am probably the only person who cares at the moment.

For many, this story may be ones first peek inside Breachworld. This world could be described as a weird post-apocalyptic setting. Jason Richards created it when he published his Breachworld Roleplaying Game a couple of years back. I strongly recommend it for any roleplaying gamer from newb with borrowed dice to grizzly veteran of the edition wars. The text and even the artwork included in this story are original and done with the permission of Mister Richards. 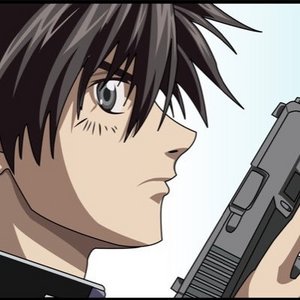 This is a great setting. I'm not used to this environment, but I like it! 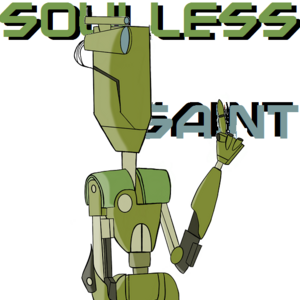 A robot joins a religious cult. 402 earned a reputation as the most ruthless assassin in the post-apocalyptic landscape called The Civilized Lands. It's a killer with a goal though. That goal might just include joining the Holy.

It's a party after the end of the world, and the Machine Man named 402 is bringing the adventure with a side of existentialism.

This tale unfolds inside the setting of Jason Richard's Breachworld roleplaying game.
Subscribe 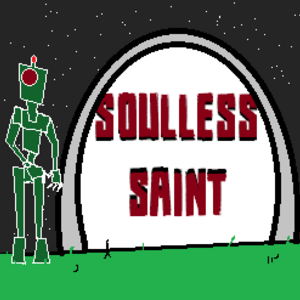