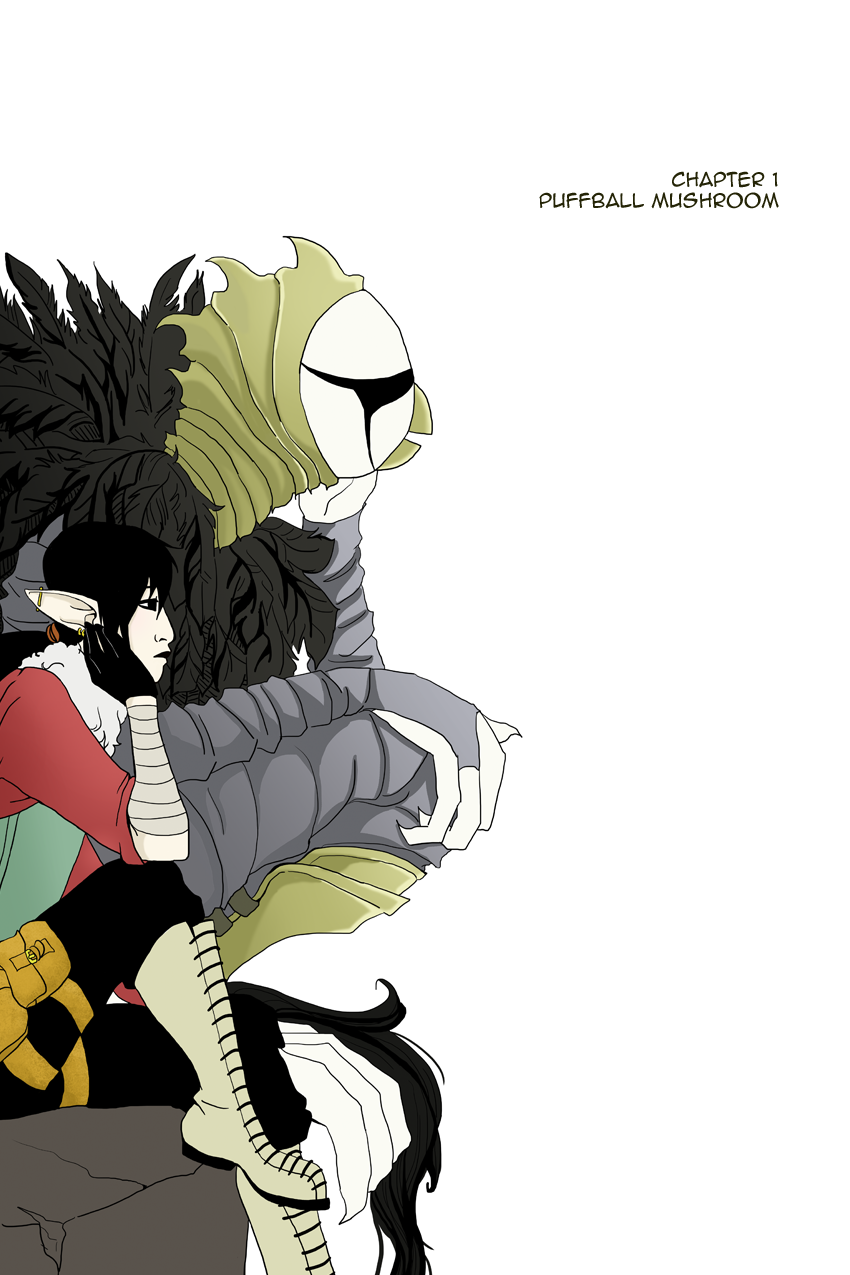 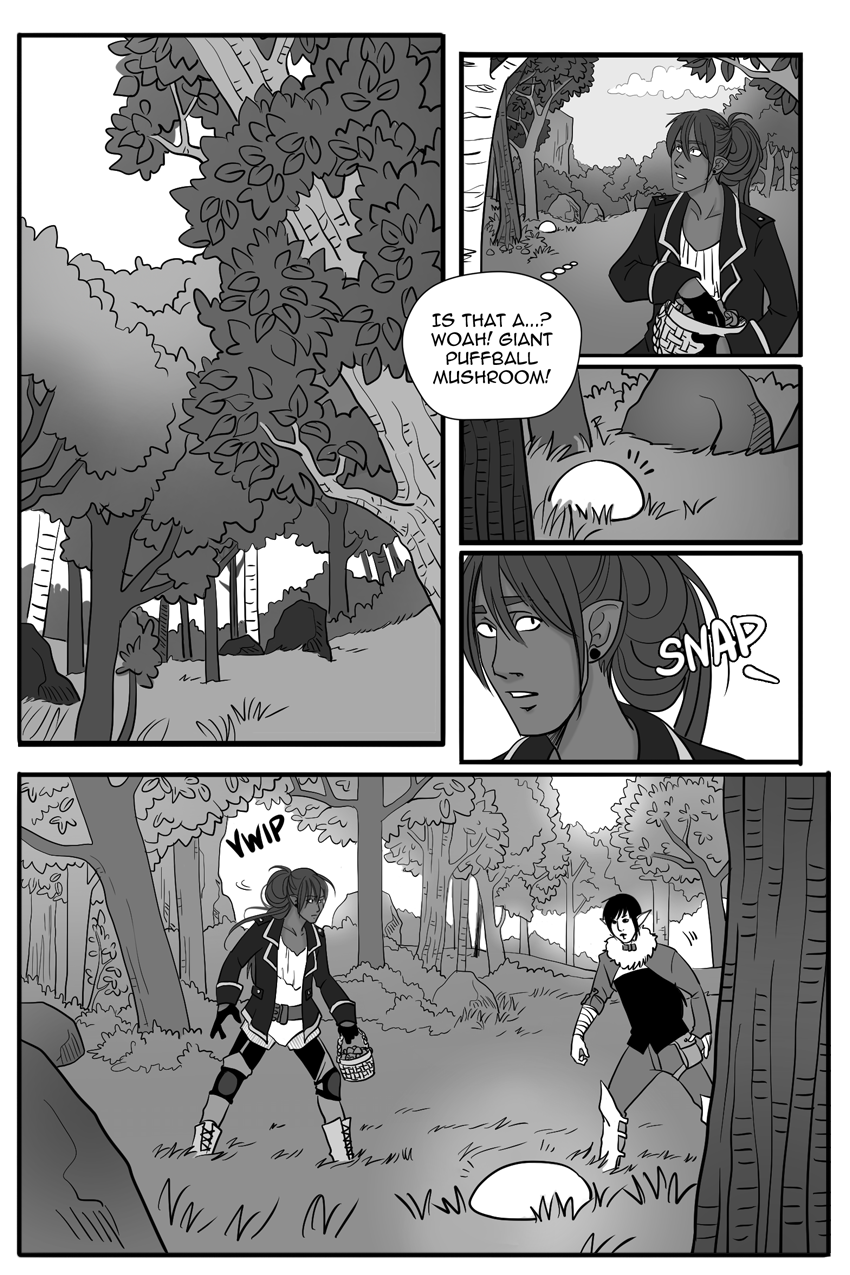 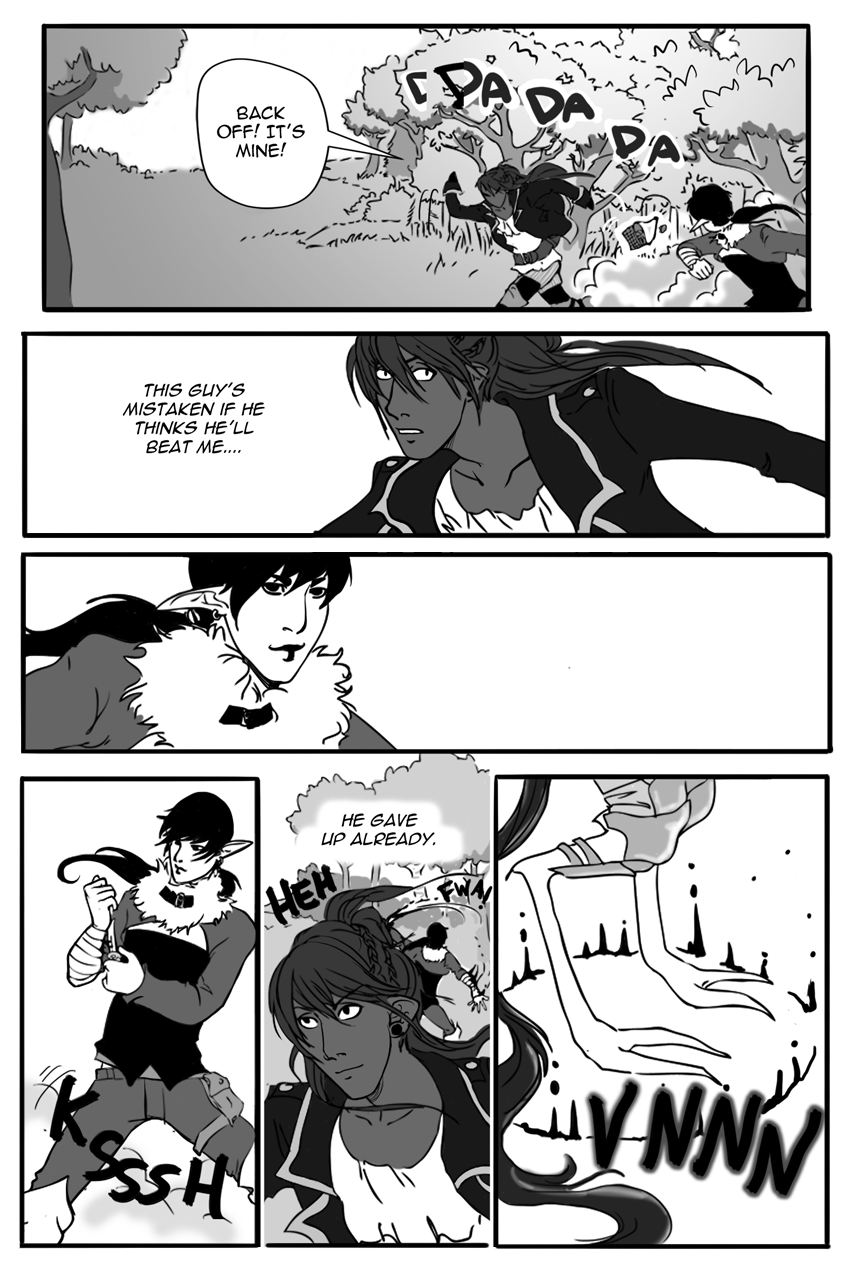 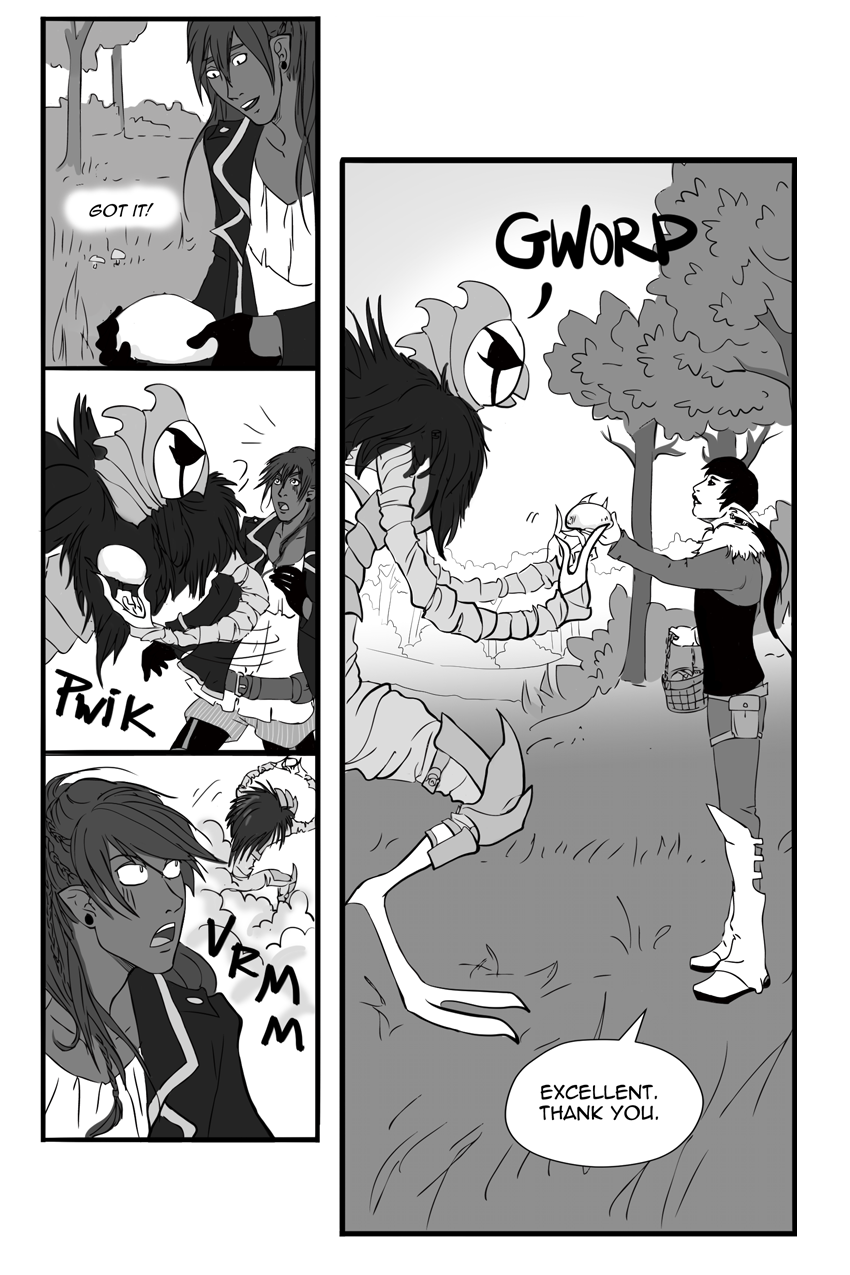 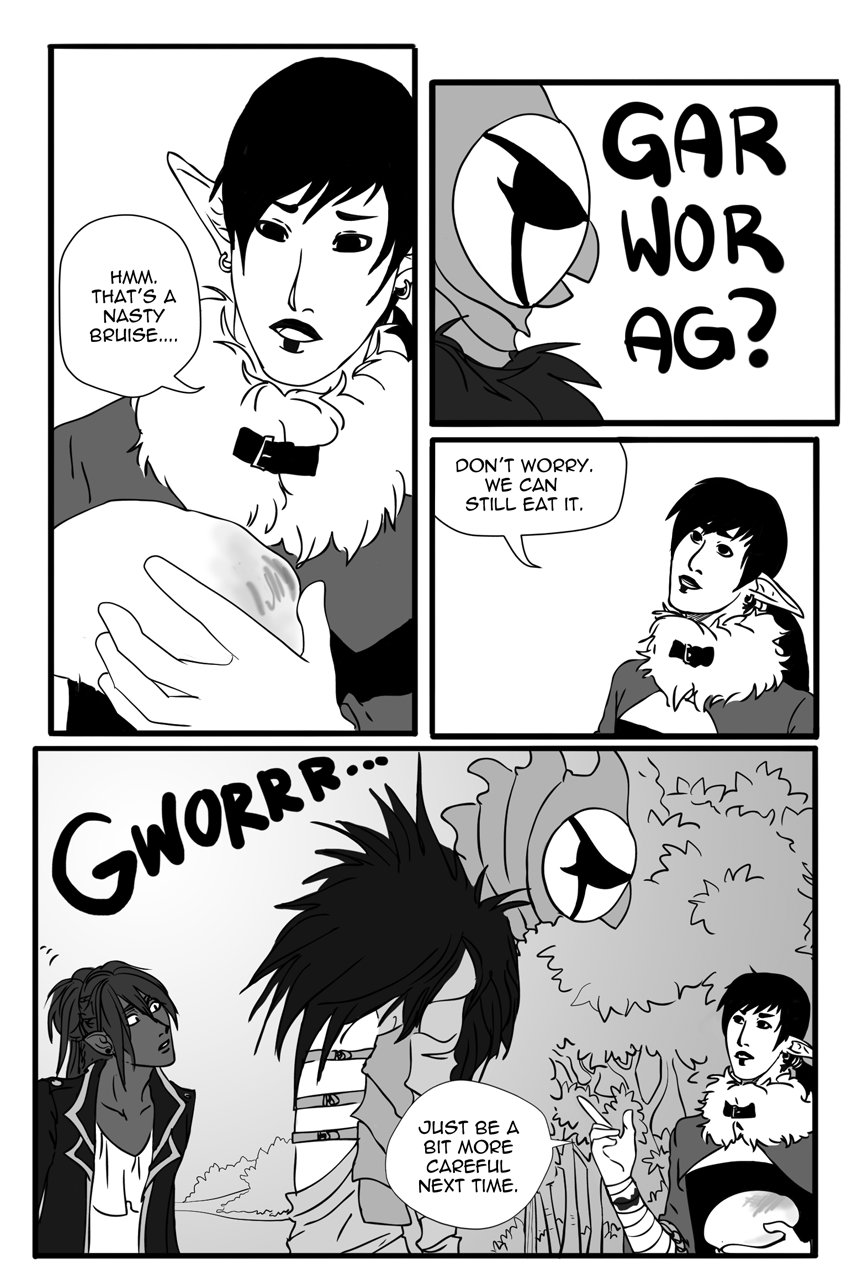 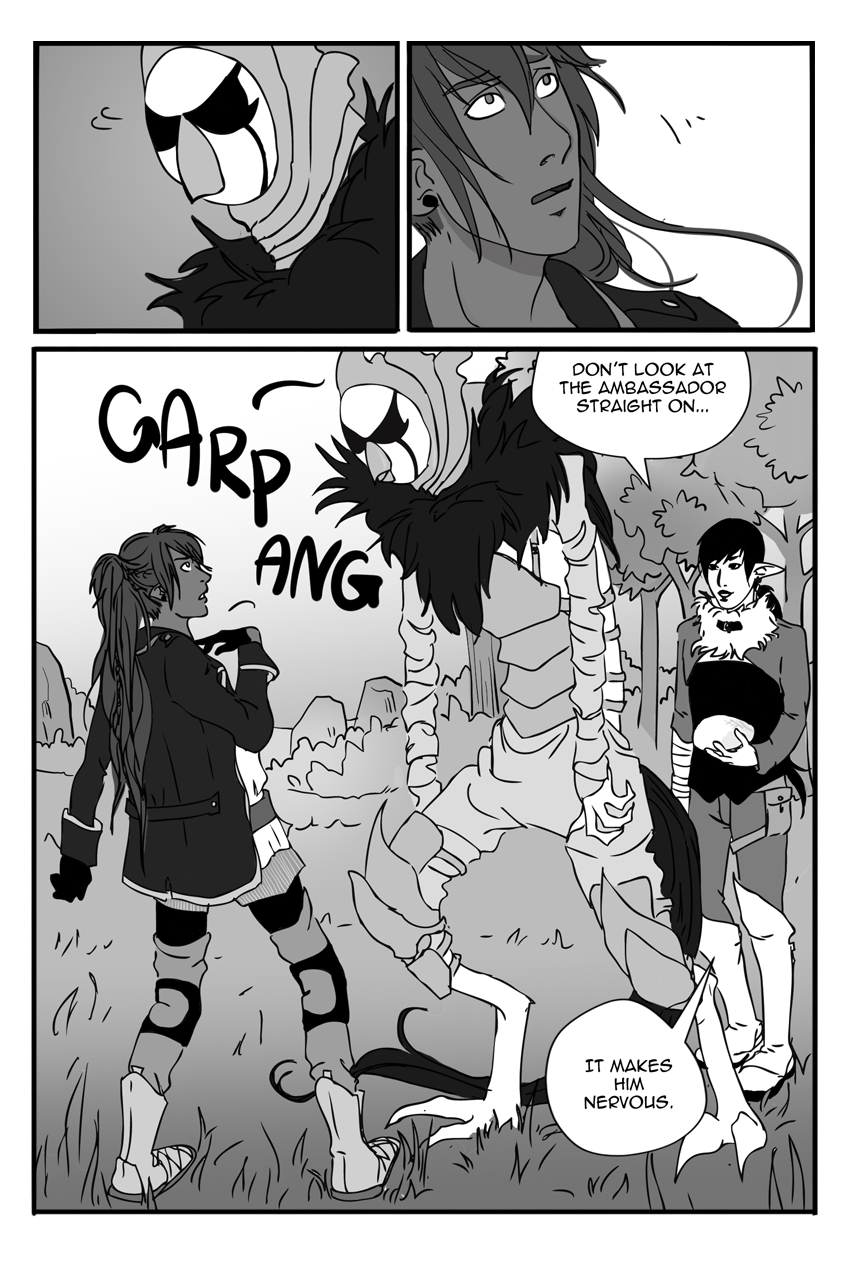 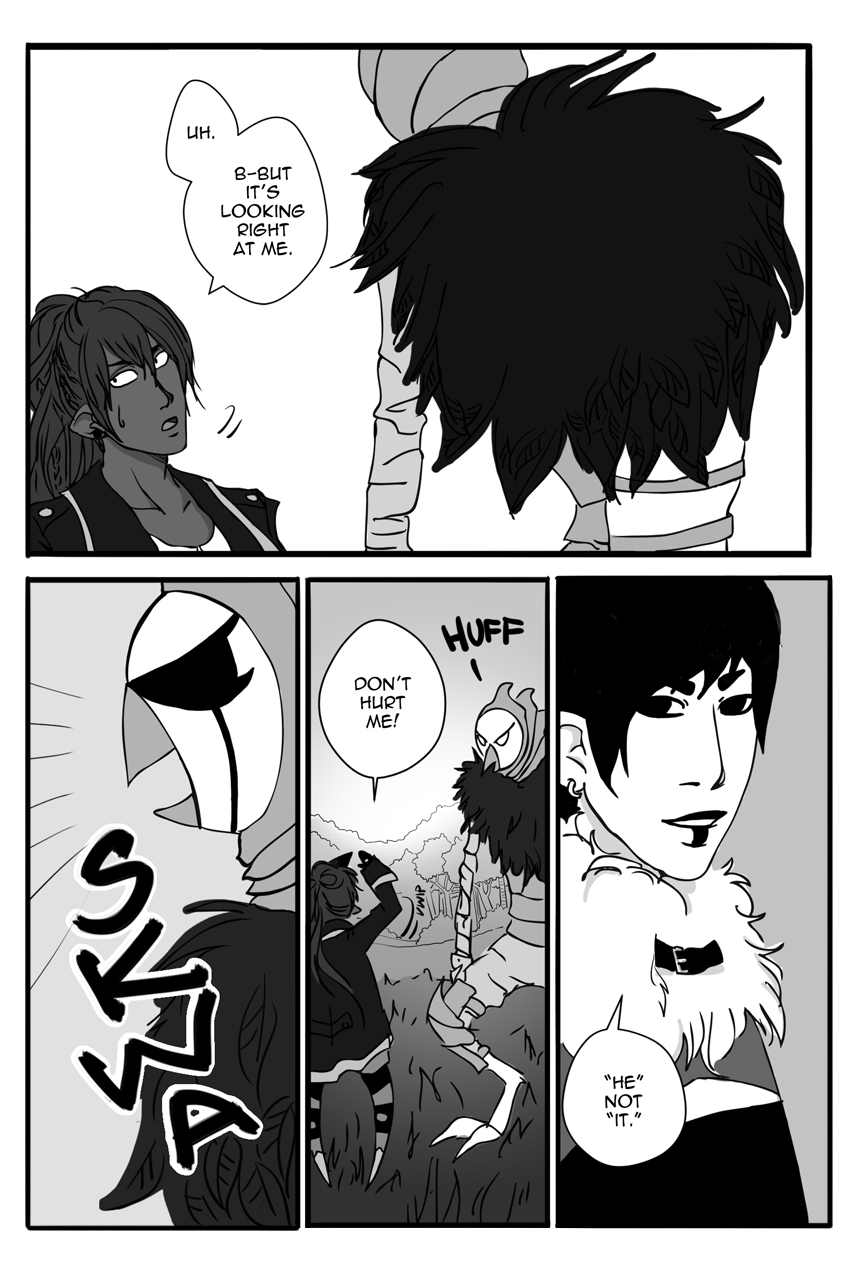 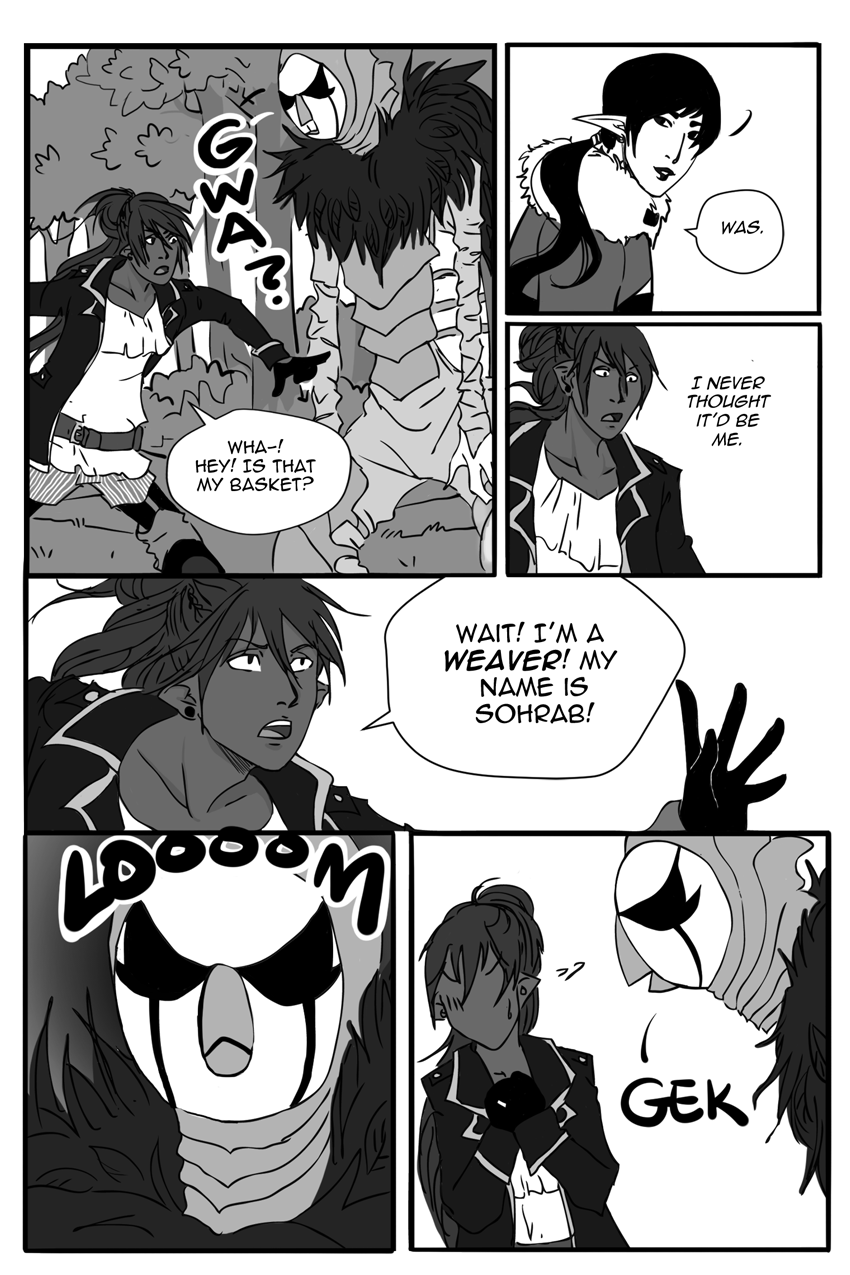 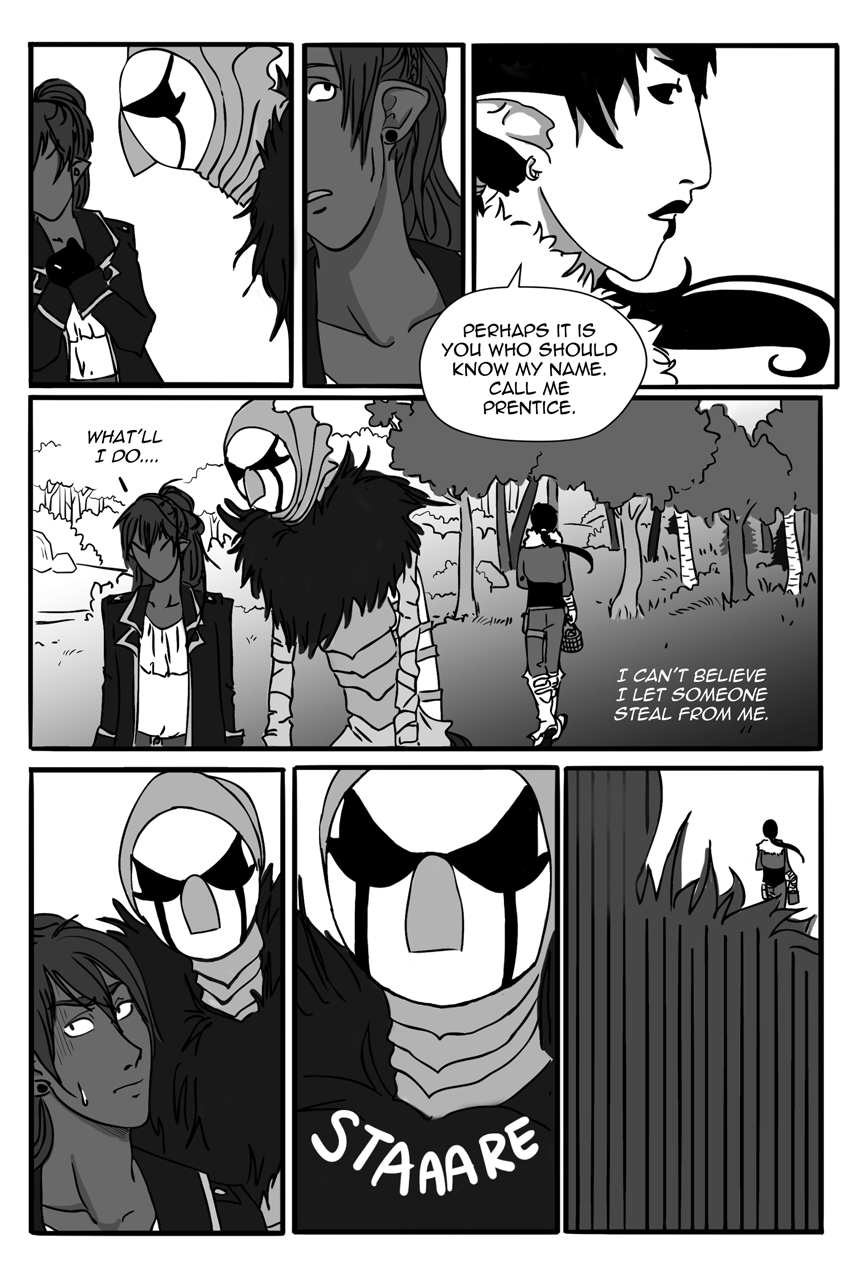 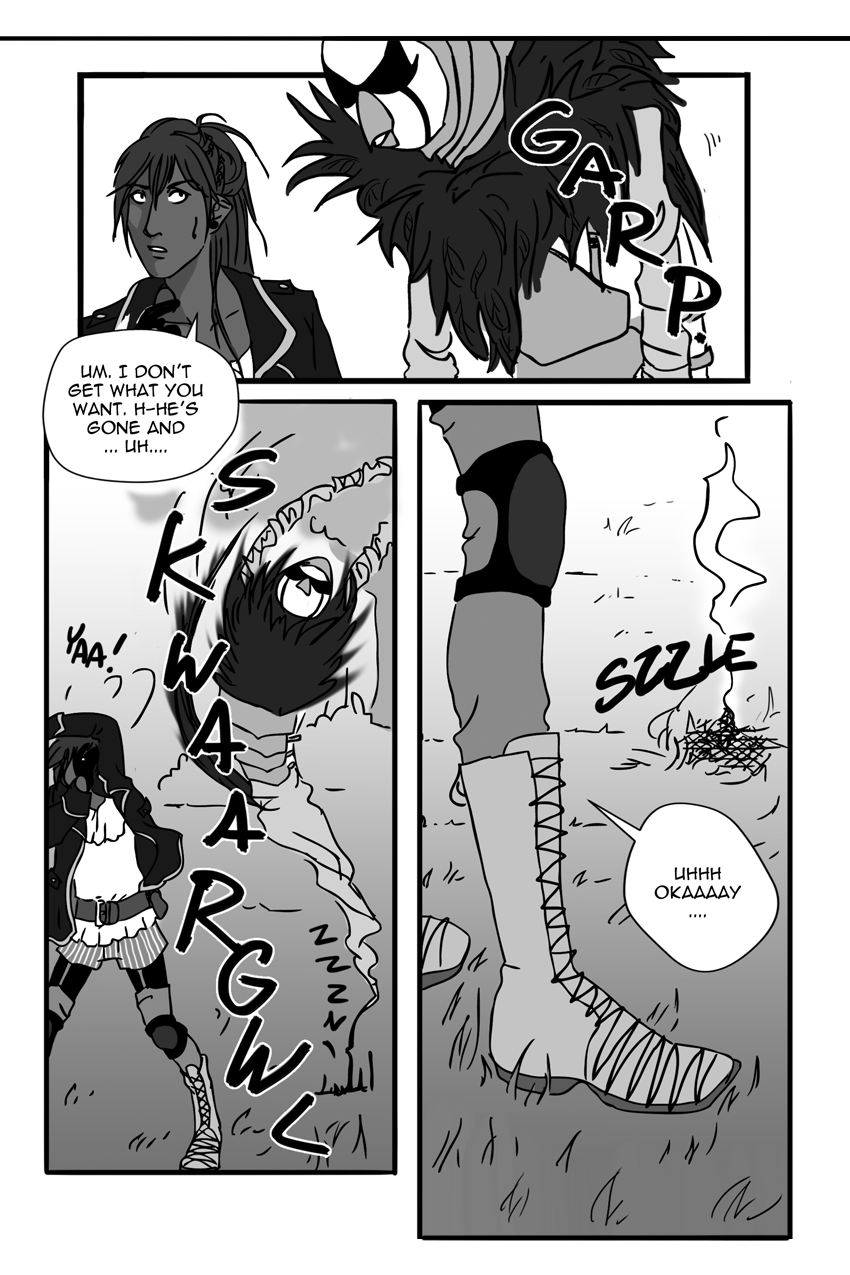 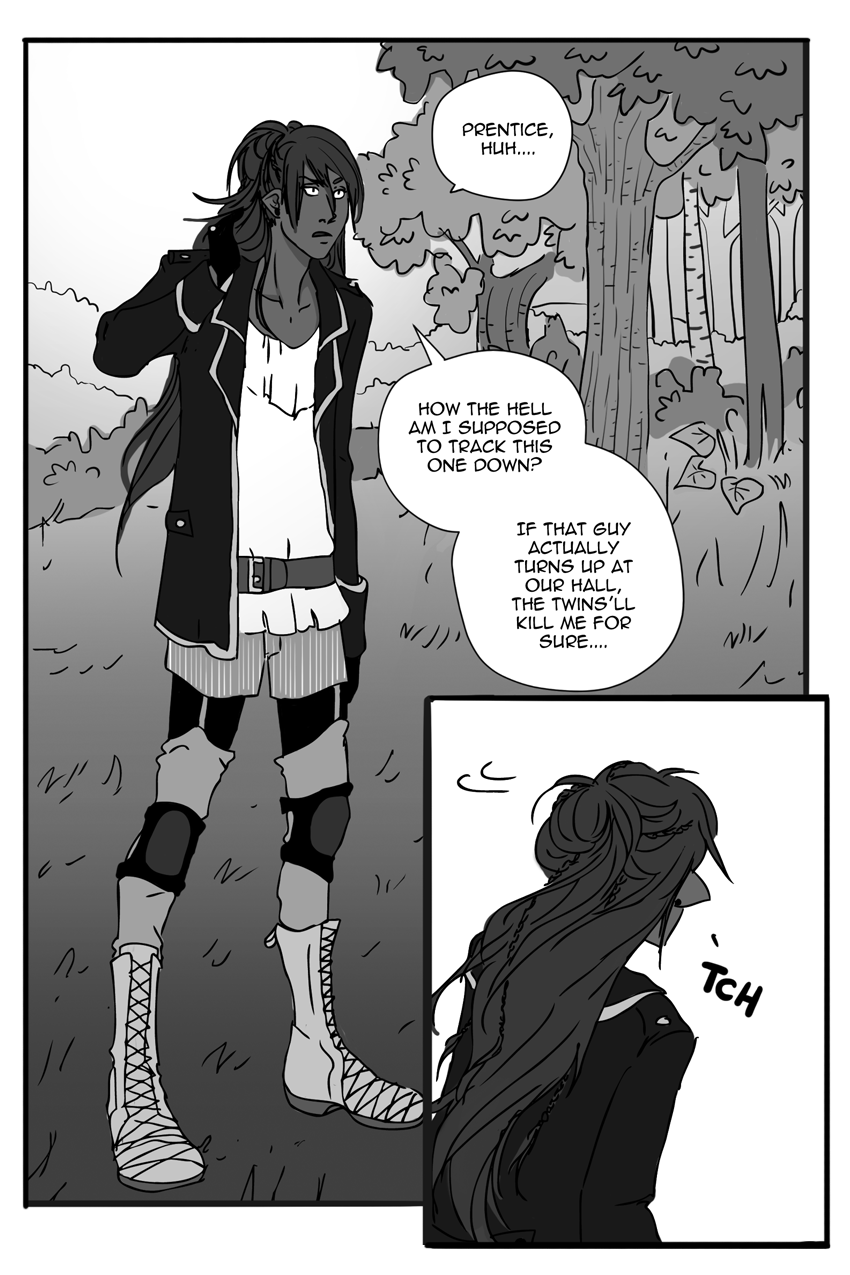 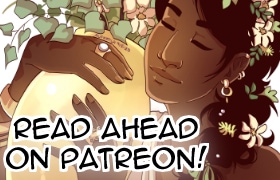 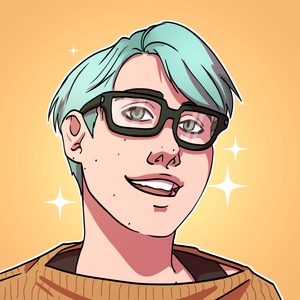 Their eyes met and each knew the other wanted the same thing he did. 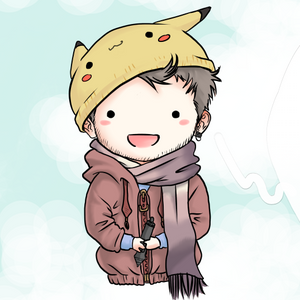 That bird-thing is kinda scary. :P 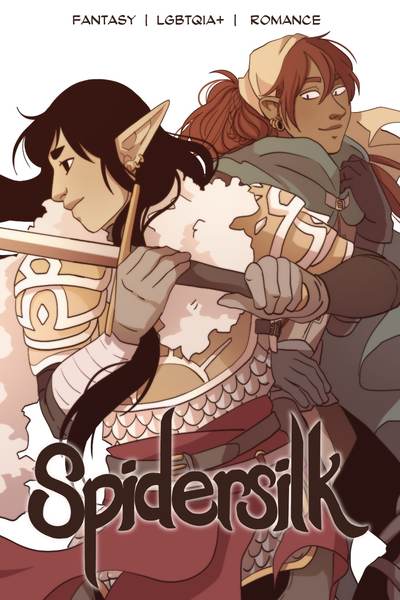 A chance meeting in the forest leads Prentice, a mage and an ex-soldier, to the city's massive network of thieves. His new crew has their hands full teaching him their sneaky arts, but he soon finds a sense of belonging with them. Meanwhile, his sworn brother Orestes struggles to find his own place, and both struggle with their past.

However, the thieves' system isn't as stable as it boasts, and outside forces are slowly picking apart its defenses.
. . . . .
Fantasy, romance, LGBTQ+
Recommended rating 17+
Updates Saturdays 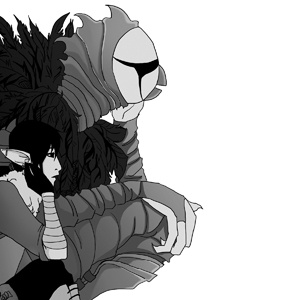