Hi, I’m Alix and I mainly create Mutane. Mutane has been coming together since I was 14 and it’s only been in recent times that I’ve been brave enough to turn it into something for others to enjoy. Thank you for reading!

Wow... it certainly has been a while.

As you're all aware, things are pretty hectic! I have been away for a while to settle into changes in the family. We welcomed our son after a very rough pregnancy and then we had some health issues to take care of. We also had bushfires that took months to control and for the smoke to clear and now we are all inside again due to COVID-19.

It certainly has been a tough 2019 and 2020 for all of us and so I hope my readers are doing okay out there. I hope you're all safe and well.

My family are doing well and doing our part by isolating, flattening that curve. Quietly, in the chaos, I've been drawing the next few chapters of Mutane and have finally uploaded one chapter!

I apologise for taking a long time. You guys have been amazing by supporting me and patiently waiting. The next few chapters are going to be getting even more exciting! I look forward to completing them for you all to read!

Now to get back to it!
Much love,
Alix Dolstra
Reply  to conversation

So I sure have had more bad luck, it seems! My scanner was throwing hissy fits for the past two weeks. The weekend before we were away visiting family so I drew my pages and planned to scan everything up this past weekend to colour.

But the scanner was pretending it didn't even exist. After countless hours and frustration, installing drivers that still didn't work and swearing a lot more than the bogans in Mutane... we just found out that it wasn't even my scanner. It was having a fight with the modem for no reason.

So I have it working again but ran out of time to colour before I had to return to mum-duties (being a SAHM for most of the week).

Good news is that I will have a nice, long chapter up next Monday. I really hope you like it! I really enjoyed exploring this new dynamic friendship Gabe has with Claire in this chapter. I think the poor guy needed a new friend after what happened... 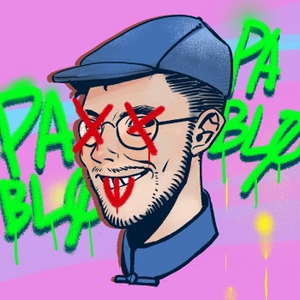 I knew you were Australian at: Yeah, nah. XD

G'day! Haha I suppose it I didn't make it too difficult to guess! Fellow Aussie?

yep, from WA. You'd be surprised how many creators are Ausies on Tapas. for example: https://tapas.io/series/rephaim is made by an artist from Perth. Anyway Mutane is really interesting, I can see the potential for an awesome comic in it.

Thank you so much for your feedback! I'll check out Rephaim! :)

BTW, I was just browsing your comic and it looks really cool! I have subscribed and wish you plenty of success!

Thanks, I'm glad your enjoying the comic. Likewise.,I wish you success too!
Reply  to conversation

After a long recovery, I am back and ready to re-enter the webcomic world! Thank you all for being so patient and thank you for the well-wishes. You really gave me strength when I needed it!

Last year was a very hectic and tough year for me and for my family. We hope that 2019 will be a successful year and I hope that you all find success in the projects you're working on! Enjoy my new early episode of Mutane and I will see you all next weekend!

Sorry, I've been absent for awhile now, so I made a short Adventures in Parenthood episode to explain why. Thanks for sticking with me during this tough time. I'll be back soon!
Much Love,
Alix
Reply  to conversation

I was working on a large chapter for Mutane (I have been doing super short chapters because of moving and having medical issues, which I've recovered from, so I am creating a large chapter to make up for it which will be up next Monday night) and realised that the storyboard for part of that chapter... is still in packing.

I've decided to do a large chapter, not only because of the reason stated above but also because I couldn't seem to choose a page that ended the chapter without it seeming a bit... cut short... if that makes sense.

The scene is basically where things get pretty hectic pretty fast and there is a lot to process for Gabriel and, probably, for the reader as well. After going back and forth looking for how I could create a good chapter that'd take in enough of the situation, it just made sense that ALL the pages involved will be in one place instead of spread out.

Basically, Mutane is reaching the half-way mark and it is getting very involved. Things are getting very interesting and I want the reader to be able to enjoy the full spectrum of the story and I don't think that can happen with this critical part getting split into a few chapters.

It would be such a great comeback as well, after the few months I've had which resulted in shorter chapters and absences.

ALSO: To celebrate the half-way mark of Mutane, soon I will be releasing a sneak peek at a comic that I will be creating for 2019 that is very different and based on mythology.

Thank you again for your patience!
Much love,
Alix Dolstra
Reply  to conversation

Hi everyone! I apologise for being absent these past 3 weeks. We have finished moving interstate and I then had a medical emergency that will take some time to recover from.

I will be working on some Adventures in Parenthood while I recover while Mutane will be back in 2 weeks.

Thank you all so much for bearing with me during this time. It has, unfortunately, been a very hectic couple of months. The schedule should return to normalcy when Mutane returns.

There is a new, early episode up and there will be another one ***tomorrow night*** as well to make up for the weekend skipped due to some bad news in the family.

I was reading one of my pages and... There is a good amount of swearing. I personally do not swear so much but as my characters are of the 'small town Australian bogan' type, they swear an awful lot and I wanted to try and emulate that in these characters. There is a very specific reason for this that does not become apparent until much later in the series so bear with me.

I wanted to address this as I realise that this may be difficult for some.

Thank you for reading and supporting me in this wonderful journey!
Alix Dolstra
Reply  to conversation

Firstly, I'd like to thank my followers who support me and wait for my web series, Mutane, to be updated every Monday.

This week there will be a delay due to some unexpected bad news in the family and I have chosen to focus on looking after them this week to help them get through it.

I will be uploading two episodes this coming weekend and next Monday to make up for it. I apologise for the delay and hope that you can understand.

I thank you again for your patience.

So, as I suspected, I got caught up with packing and cleaning because of the impending interstate move and, while I thought that I may be able to meet this weeks deadline, it became increasingly impossible due to the exhaustion that comes with moving.

I apologise and I will be uploading next Monday instead. Things started to get really on top of me and it started to run me down, big time.

My schedule will, unfortunately, be really out of whack until the move is over in about a month.

Thank you to my subscribers for your support and I will make it up to you next week!