Leo missed the bustle of the portside market. Sea Breeze had become a hot spot for trade among the five Regions. Merchants fought for the chance to set up shop in the small village. A dull roar of conversation stirred as people started to set up for the day. Leo offered to help where he could. Staying busy meant no questions, he thought.

“Are you sure you don’t want to stay at home?” Ozir asked. “You could be getting laid right now.”

“Becca broke up with me after the funeral.”

“After the funeral?! That’s cold. You dated her longer than anyone else. I got my hopes up.”

“It always ends the same way, doesn’t it?”

“That’s because you have as much personality as flour.”

Ozir rolled his eyes but laughed. Leo’s relationships never lasted long, and the break up always came out of the blue. All ending with the common theme: it just wasn’t going to work out. It happened so often that Leo wasn’t surprised anymore, but pangs of guilt lasted long after. Still, he couldn’t shake that he had. Once they were done, Oz handed Leo a large doughnut. He took a hearty bite, powdered sugar smacked his nose.

“What about you and Stella?” Leo asked, wiping his face.

“Don’t make me say it…troll. She called me a troll.”

Leo stifled a laugh. “I’m sure she didn’t mean to.”

“Trolls aren’t even real, bro. Do you know what she said? ‘What’s the difference?’ Can you believe that?! I come from a clan of honorable ogres, and she calls me a troll?!” Ozir exclaimed, throwing his arms up.

A shout erupted further down the dock. Ozir broke into a jog. Leo swallowed the last bite of his doughnut before he caught up with Ozir. Disagreements were the most exciting part of the job. A crowd started form with several fingers pointed at a ship ahead of them. A cry from a chain sound bird rang from the deck. Leo’s heart dropped to his knees. He knew the snowbirds since childhood. They were kind, docile spirits, who never harmed anyone. Leo picked up his pace until he spotted Ozir’s head over the crowd. He politely pushed his way through the mass of people.

“Get on that ship and unchain that snowbird,” Boss said.

The scruffy captain cowered under Boss, his hands raised in surrender. Boss’s orange-yellow eyes burned. His tall, imposing stature cast a shadow over the frightened human. Green scales shined in the morning sun, highlighting the small spikes along his arms. Boss was a giant. A force. Business boomed at these docks because Boss didn’t tolerate anyone who disrupted operations. And didn’t show mercy to those who tried. Leo could sympathize; he had those same angry eyes on him once or twice as a kid.

“You’ll never convince me of that, snake.”

The captain squeaked beneath his covered head. Boss didn’t shout, but it rattled Leo’s ribs. The air felt dense, like the ocean itself pressed in on them. If this kept up, another grown man would wet himself on the docks.

“Ya can’t,” the captain said. “Those chains got magic on it.”

Boss snatched the human up by the collar. “You realize that it’s illegal to keep magical restraints on a ship, right? Those snowbirds are kept by the Ruling Guardian.”

Footsteps sounded behind Leo, and he turned. A man in a plain suit stood behind him. He held up a gold badge with the letter “H” on it.

Boss scoffed and dropped the captain, but a glare kept the human in place. “What can I do for you, Harmony agent?”

The agent’s lips pressed into a thin line. He cleared his throat. “That man is under arrest for intent to sell a spirit.”

“If a spirit is involved, it’s to be handled by the Ruling Guardian of the Region.”

“I am not familiar with Avala, but I don’t believe she’s here.”

The pair stood off, nostrils flared. Leo nudged Ozir, jerking his head towards the ship; the ogre nodded, and they slipped into the crowd. The Council for Continuing Harmony and the Ruling Guardians had a delicate relationship. A complicated set of rules for both sides kept humans and spirits civil, but still butted heads often. Right now, the snowbird didn’t have time for a reluctant agreement to be met. Leo and Ozir boarded the ship. The snowbird peered at them.

They were beautiful. Pure white with long necks and wings, with an even longer flowy tail. Each one unique to the spirit. Leo remembered this one well because he thought its tail was the most elegant. They were large enough that Leo could comfortably ride on its back with room to spare. Flurries of snow fell from its body as it tried to shake itself from the iron chains that imprisoned it. Symbols Leo didn’t recognize were etched into the iron. He knelt beside the snowbird and petted its head. Puffs of snow fell over Leo’s fingers, numbing them.

Ozir gripped the chains, only to swear as he jerked back. The ogre spotted a crowbar. He shoved it under the plate attached to the chain and pushed the crowbar down. The snowbird winced under the luminous symbols. Leo settled the spirit’s head into his lap, trying to soothe it. After a few more swears, Ozir broke the plate free from the ship’s deck. It gave just enough room for the snowbird to wiggle out of it. It spread its wings and shook itself. More snow fell around them. It rubbed it’s cheek against Leo’s and then Ozir’s.

Boss and the Harmony agent stepped onto the ship. The snowbird frantically chirped at Boss. He translated that the captain asked it to come along to keep their catch fresh. In exchange, they would give it a few fish. The next thing it knew, it was chained up. The agent revealed they arrested the buyer, which led them to Sea Breeze.

Boss sent the snowbird on its way, on the condition that it wouldn’t tell Avala (a headache he didn’t want to deal with that day). Boss agreed to release the captain into the agent; in return, Harmony would voice the excellent cooperation between both sides. Leo’s eyes grazed the docks, and he squinted. He thought he saw a flash of red hair blowing around a face he couldn’t make out.

“Hey, Boss,” Leo said, as they walked off the ship. “Do you know a spirit named Asher?”

Boss stopped. “When did you see him?”

“This morning. He said he owns my parent’s store.”

“He does.” Boss rubbed his hand over his smooth head. “Don’t get involved with him.”

“He’s bad news. Ben and Faye never listened when I told them to stay away from him.” Boss placed his hand on Leo’s shoulder. “I don’t want something to happen to you. The words came out softer than most would hear from the sea spirit “Also, given the circumstances, I’ll ignore that you came back to work earlier than I told you to.”

Leo wanted to find out more but instead headed off to perform his day to day duties. He wouldn’t be able to pry info out of Boss. No one asked him about how Leo was dealing with the death of his parents or if they could do anything for him. For the first time in two weeks, he almost felt normal. 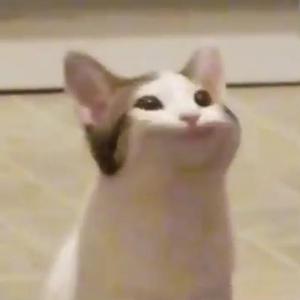 Again, I am in love with the atmosphere of this story. It feels like I'm reading a light novel! I love this society of yokai and humans mixing together, you do it without making much of a fuss, it ends up making it feel like, "ahh, this is just how the world is", which really makes a reader more immersed.

Super excited to meet the fox! I want to see the dependable, steadfast Leo get the shock of a lifetime ahaha

Love the story, thank you for writing and posting for everyone to read! 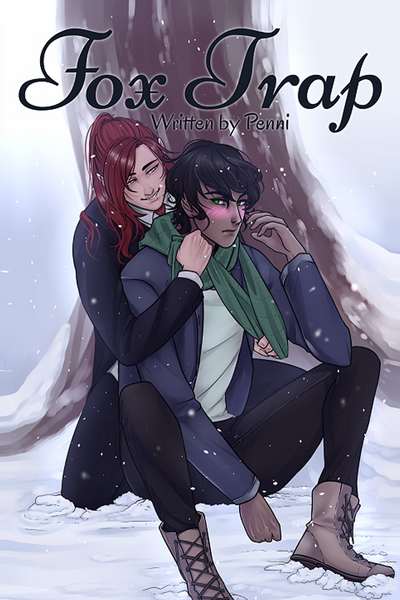 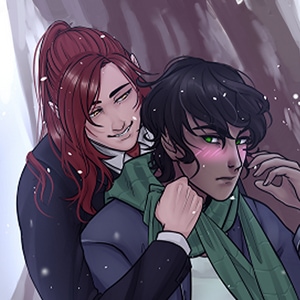