Blair ran through the woods, her once long white dress had been ripped from the bottom to reveal her calf and knees, in her arms, she was holding a small bundle of blankets tightly.

Blair looked back, her white hair whipping wildly as the wind became stronger and the sky darker. She did not see anybody, but she could feel them, the White Mages and Witches from Galaccia. She gritted her teeth and continued to run, giving a small sigh of relief as she saw the distinct figure of her cabin ahead.

She pushed her already tiring legs to go faster, her side burning, and her arms heavy with the burden of the bundle in her arms. Once she reached the stairs she slammed the door open and entered, closing it behind her.

She gasped as she tried to recover her breath, and she let herself fall to her knees, closing her eyes. She heard someone running towards her, there steps so light that a normal human would have been unable to hear them.

"Blair?" came a soft voice. She opened her eyes and let her shoulders drooped in relief once she realized that it was her husband, Luke.

She held onto the bundle tightly with one arm, and threw back one piece of it, revealing the face young infant baby. Her face was soft and her hair short to her scalp as dark as Luke's onyx eyes.

"They are coming, the White Mages and Witches." She gasped out, pushing the baby into Luke's arms gently.

Luke's eyes widened in panic, "I am not finished yet, I need a few more minutes, it will not work otherwise."

Blair let out a sigh as she realized that the situation put them in quite the disadvantage. She got up slowly, her blonde head barely reached Luke's broad shoulder.

"I will go out there and I will stall them as long as possible, I am not powerful enough to open the gateway, only you are," she raised a slim finger to quiet Luke, who had begun to protest, "and remember that no matter what, our daughter must cross that gateway. She has the eyes of Delphi, she is the only one that can save us all."

Luke looked down, his jaw clenching as he stared at the child, his child, and their savior.

"We are not getting out of this alive, Luke, but no matter what, I love you."

With those last words she turned on her heel, opened the door, and left.

Blair walked a few meters away from the cabin and stood there a few seconds.

"White Mages and Witches of Galaccia, surrender now and walk away safe, or fight." Blaire knew that she did not have to ask, for she knew what their decision would be.

A man materialized a few meters in front of her. He was wearing a long white robe, a white silk cloth covered the bottom half of his face.

"Witch Blair the Betrayer, you must stop this now while you still can. We have no wish to fight, but if you do not come with us we will have no other choice, and both of us know that neither side will come out unscathed." Said the man in a loud hoarse voice.

Blair let a smirk form on her mouth, "Master Kianes, even with your face half covered I can recognized your irritating voice a mile away."

She lifted both her hands, and but both palms together before separating her hands and crossing her arms across her chest.

"It seems like a fight it will be." She said, before opening her arms wide.

Master Kianes was able to throw up a shield just in time as fire began to engulf everything, taking in a deep breath he shouted, "Mages, Witches, eliminate the target."

In a matter of second a hundred figures dressed in white robes emerged from the woods, all of them holding a staff.

Blair let out a silent sigh, as she closed her fist, readying herself. She knew that she would not win this battle, but she was going to go down trying.

"It's about time I remind people who the most powerful witch is."

Luke had felt it from the second Blair had left the cabin, the overwhelming power of Mages and Witches surrounding the woods. He knew that Blair was a tough nut to crack, but everyone had their limits, even her.

He ran to the room at the very back of the cabin, where he had drawn a hexagon with a circle in the middle with ashes. He laid down the baby slowly in the middle of the circle, before grabbing a knife. He got out of the hexagon before wrapping his hand around the knife and pulling it out, making a deep cut through his palm.

He took in a deep breath, preparing himself, knowing that after the incantation, he would barely have enough power to protect himself. Looking once more at peacefully sleeping infant he let out a sigh before starting.

He could feel his strength leave his body as he spoke, spoke words of a language lost thousands of years before. He closed his eyes before continuing.

Luke felt his knees buckle, but he did not stop, the words flowing out of his mouth rapidly. The ashes began to glow, as the gateway began to open. Finally, when he could feel the very last bit of power leave his body, he finished the incantation in the language of Gods,

"May the power of Mages, Witches Oracle, Gods, open this gate between death and life, with the power that I give, may it be the sacrifice that they heed."

With those last words, he fell to the ground, his energy completely depleted as he stared from the ground, watching as the gateway opened and closed in a blink of his eye, and the baby disappeared.

It was only then that he heard the thuds of footsteps entering the cabin and walking into the room. He closed his eyes knowing what his fate would be. 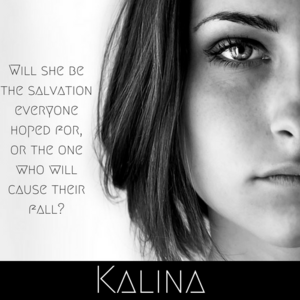 Kalina has a better life than most, not only does she have the perfect family, friends, and boyfriend, but she also excels academically and in athletics. She is living the life anyone would dream, but everything changes when without warning, she is taken from her home and is thrown into a different world, one she had only read about in fantasy books. She slowly begins to uncover the secret of the new world, as well as discover the reason as to why she was brought.

She begins to incorporate herself to this new world and quickly she begins to forget of the life she used to have as she loses herself in her new life.

She falls in love, unaware of the nearing danger that threatens to destroy the life that she has created for herself, as well as the people she loves most in both world. She must fight, sin, sacrifice, and kill to save everything she hold dear, even if it means giving up her very own life.
Subscribe 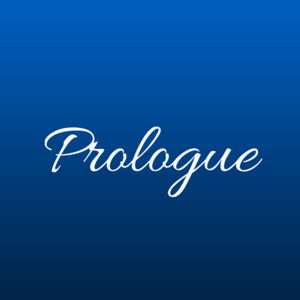