I stuffed my books into my bag and hurried out of the classroom once the school bells rang. The idea of Mr Palmer waiting for me at the Jeep was quite plausible and I was hoping I could beat him there.

“Oliver Evern!” Hearing my name, I startled to a stop.

I recognised the stern voice instantly, letting out a sigh as I spun around to face my English teacher. Mrs Kelmer walked up to me with her frizzy dark curls bouncing on her shoulders while she gave me a disapproving look.

She glanced up at my hair, and then raised her eyebrow as we made eye contact.

“Is pink hair part of the dress-code, Mr. Evern?” She asked me, her tone firm and sharp.

I let out an exhale, realising I was going to have to piss off this demon of a teacher if I wanted to escape and beat Mr Palmer.

“Look, Mrs K, I would loveee to chat about this but I really gotta go,” I replied, keeping my smile as I started to step away.

I saw the fire lit in those cold dark eyes, her whole demeanour tensing up as she went to protest.

“Oh no, we are talking about this now-”

“Sorry Mrs K, I gotta go to my dad’s shop, I’ll see you tomorrow!” I exclaimed as I rushed away from her, making a quick fast-walk towards my destination.

I could feel her angrily shaking her head at me. God, I really hope Mr Palmer has an appointment right about now.

I headed over to the parking lot, staying close to the walls and shrubs, peeking out at every direction while glancing around for Mr Palmer, and for Oscar. We agreed to hang out this afternoon, and if he is as smart as he brags he is, he should be at the Jeep.

Once I deemed the coast clear, I dashed towards the parking lot, only to come to a halt as I spotted Oscar standing around with Jules. I rushed over to them, feeling vulnerable as we stood exposed, out in the open with no nearby bush, tree or building to hide behind.

“You okay, Ollie?” Oscar asked me, watching me nervously look around.

“On high alert, Mr Palmer could be nearby,” I replied, still looking around the scene.

Thankfully, school had only just finished so there were plenty of students walking around. Perfect portable covers to shield me from Mr Palmer’s view.

“Don’t you think he would’ve called you out in the middle of class if he wanted you?” Oscar pointed out.

“Pulling me out of class would be giving me just what I want, that bastard knows that,” I frowned, still looking around. “Look, can we just get out of here?”

Oscar sighed as if to say 'what am I going to do with you?'. You are going to protect me, Oscar, like good friends do.

“Sure whatever,” he said. “I invited Jules to join us, that cool?”

As long as we avoided Mr Palmer’s impending wrath that was drawing closer and closer by the second, anything was good.

“Yeah sure, now let's goooo,” I replied. I spun on my heel, quickly walking off with them following close behind. “You guys can fight over who sits in the back.”

With the clock ticking, we made it closer to my Jeep. I spotted her in all her glory but quickly stopped in my tracks, dread washing over me.

There the demon stood tall, with his arms crossed and a deathly furious expression on his face.

Reacting to my survival instincts, I instantly went to run away, turning around only to run into Oscar as he stopped me. I guess what they say is true - true friends do stab you in front!

“Why, Oscar? Why?” I said in a barely audible whisper, but he just kept his smug smirk. Such a traitor.

“Oliver Evern!” Mr Palmer’s voice boomed as he spotted me. I turned to face him, watching him storm towards me, his bushy eyebrows pushed so close together they could form a monobrow.

“Mr Palmer~!” I replied with fake excitement, trying to hide the anxiety I felt inside.

“Don’t think I didn’t spot you yesterday!” He growled at me. “Using our new student to your advantage like that. I’m so disappointed in you!”

Oscar moved to the side with Jules, staring at me with a ‘you deserve this’ look. Jules, on the other hand, looked surprised at Mr Palmer’s rage. I don’t blame him, it is surprising when you witness the Shaved Coconut’s wrath. Lucky for everyone else, he seems to always direct it at me.

“Was Maxine with you?” he asked, placing his hands on his hips.

“Max? Nah,” I replied, as naturally as I could. “She was gonna come with but then said she wasn’t feeling up for it.”

“I’m not!” I stated, placing my hand to my chest. “Why would I? If I get detention, Max could’ve joined me then.”

“Regardless,” he frowned at me, “this ditching has got to stop! You’re bloody well lucky I didn’t contact your father yesterday! The last thing that man needs is a phone call about his ditching son on the FIRST day of the year!”

Good points, Mr Palmer. I’m going to have to pull my trump card to escape from this one.

“I know, Mr Palmer,” I pulled a gloomy expression with a soft sigh. “Yesterday was just so stressful and overwhelming. I mean, it’s my first day of my LAST year of school.

“No one else ditched, Oliver,” Mr Palmer kept his glare, crossing his arms over his chest.

“It brought stuff up for me,” I continued with a soft tone. “With my mum.”

His whole manner softened immediately, and I offered him a sad attempt of a smile.

“I know it’s been a while,” I went on, making my voice tremble as I hoped he would buy whatever bullshit I was giving him. “But I just felt real shitty knowing… Knowing she isn’t here to get all excited over me being in my last year… Like I always thought she would."

“Oh, Oliver...” He placed his hand on my shoulder and rubbed it, eyes gentle and attentive. “I understand now.”

“You do?” I questioned quietly, looking up at him with sad eyes.

“Of course.” He smiled softly, and then let out a sigh as he faintly shook his head. “I’ll let you go just this once. Next time you are having a hard day, please come and see me, okay? I might let you go home, you never know.”

“Thanks, Mr Palmer,” I grinned at him. “I’ll take you up on that sometime."

“Alright then, get out of here,” Mr Palmer said, leaving me with a sense of accomplishment. “Don’t forget to do your homework. The lot of you.”

He smiled over at Oscar and Jules, with Oscar tightly smiling back.

“See you later, Mr Palmer,” I said as we walked off, heading towards my baby, who was no longer held captive.

“Wow, that was actually really nice,” Jules commented, as we continued towards the Jeep.

“Yeah, and Oliver just took advantage of that, like the asshole he is,” Oscar frowned at me. “I can’t believe you used your mum to get your ass out of trouble. AGAIN.”

I unlocked the Jeep and didn’t hesitate to jump into the driver’s seat.

“Seriously though, Ollie,” Oscar continued on with his lecture as he helped Jules into the backseat. “You are so much better than that.”

“Did something happen to your mum?” Jules interjected with curiosity written all over his face.

He had buckled himself in the middle, looking at me through the rear-view mirror as I spoke.

“My mum died last year,” I simply stated and then started the jeep.

There was no ‘good’ way to tell people when someone important to you has died. More often than not, it’s awkward silence with an apology, as if that changes anything.

“She was an amazing person too,” Oscar added. “Too bad her kid is trash majority of the time.”

“I would argue but he isn’t wrong,” I agreed with a shrug. “Alright, off to Oscar’s we go!”

The ride to Oscar’s was fairly quick, but it felt like an eternity as I pondered on the thought of my mother. A painful feeling sunk into my stomach as I started to regret using my grief for her as an excuse like that. She raised me better, and I know she would be real disappointed in me.

I wonder what she thinks of me now.

Hell hath no fury like the Shaved Coconut's! He is too good for this world, honestly. Probably lost his hair because of Oliver, let's be real.

Apologies for the late update! I have no excuse other than just losing track of time (and I kinda forgot to update oops?). I was also attacked by my cat and ended up playing with her for a while :'D Her brother is staying with my brother at the moment so she is pretty lonely.

I hope you guys liked this chapter as much as I liked writing it. Do let me know what you think! As always, thanks for reading and I look forward to seeing you in the next chapter~! Stay tuned to see what these bois get up to! 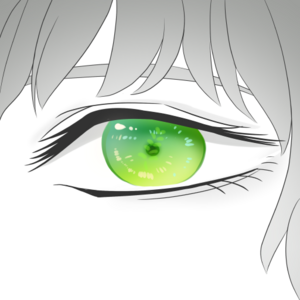 Mr P the real mvp! My hearts out for Ollie's ma tho ;a; 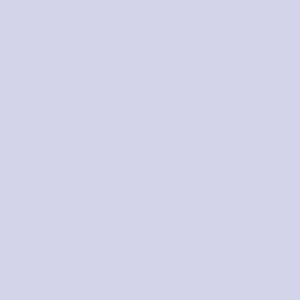