“Good work!” Mr. Kent called from the bar as Jun stepped outside the cafe.

“Have a good night!” Jun waved and readjusted the strap of his messenger bag on his shoulder. On the sidewalk, he stretched, reaching his arms up towards the starless city sky. His phone said it was 9:30 PM which meant after stopping for food and taking a shower, he’d have about four hours to type his paper on Picasso, if he wanted to get any sleep.

As he approached the convenience store, he could feel his heart thumping. After a deep breath, he stepped in. The chime on the door rang.

Jun blushed, though he hadn’t even looked at his favourite cashier, and did an awkward nod before disappearing into the snack aisle. He stood on his toes to peek over some bags of chips. Sagi was smiling pleasantly as he handed another customer a box of fried chicken and some change. Such a cute smile…

The left side of Sagi’s chest glowed a Tiffany blue color. Jun envied whomever shared the same hue. He looked down at his own chest which glowed nothing and sighed. Coming to this particular convenience store for Sagi was pointless. With no aura letting him know who his soulmates were, Jun was cursed to be alone forever. Where was his Meet Cute?

He grabbed a prepared meal from the deli section and an energy drink then made his way to the counter.

“Hi…” Jun ducked his head bashfully but returned the smile.

“You know,” Sagi said over the beep of the scanner, “we have some ginseng energy drinks. They’re all natural, so healthier. And they work great.”

“R-really?” Was Sagi concerned about his health?!

“You should try them.”

Jun dashed back to the refrigerators and came back with the ginseng drinks. “T-thank you.”

As he daydreamed about his sad love life and crush, Jun made his way home absentmindedly until he spotted a bench. His aching arms sighed in relief as he placed the bags beside him and sat down. The stars were more visible here in this area with a wide stone pavilion with guardrails overlooking the river. There were a few other people as well, Jun realized. Based on a couple of matching auras and more than a couple of linked arms and dreamy eyes, Jun then realized he was in a couple’s spot.

Just his luck. For twenty-years, he’d dealt with this. Well, to be more accurate, it was less than that because for the first six years of his life, he thought everyone saw people’s chest auras. And once he hit thirteen, he realized people with auras of the same hue gravitated towards each other romantically. But in all his life, he’d watched and never experienced it for himself. Sure, it meant he also hadn’t experienced heartbreak like so many others had, especially those who dated someone of the wrong hue. But Jun wanted romance. Even more, he wanted a boyfriend.

Standing up, he found his sadness turning to anger. Somehow he’d been given this ability yet had been forgotten afterwards. God or whoever had slighted him. He never bumped into someone while running late to school. He never even had anyone flirt with him! The concrete didn’t budge under Jun’s angry steps, but maybe if the Universe of Gods---whoever gave him this power and ruled things would.

“Do something about this useless power!” He shouted to the stars. “I’m so tired of not having matches. I want love too!”

Strangely, his voice seemed to echo. The “too too too” was followed by a flash of lightning that made Jun leap out of his skin. A breeze swayed the green trees and with them came a flurry of pink petals. Jun shifted his eyes suspiciously as he spit out petals that’d somehow gotten into his mouth.

Weird. The forecast didn’t say there’d be rain. Maybe it was the flickering street light. It had to be; there hadn’t been any thunder after all. The fact that none of the trees around him were blossomed contradicted the petals. Maybe someone’s flower shop had been broken into? Who knew.

Depressed, Jun slugged home to start his paper on a casanova painter. Maybe he’d change his topic to Frida Kahlo instead. 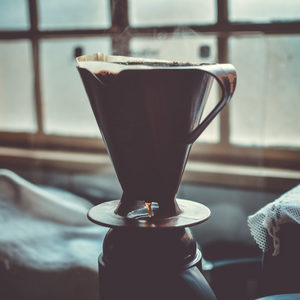 Yun rather didn't expect a direct response from the god 😛