He glared at the supposedly powerful being who was lying sideways, chortling at an anime about an otaku girl.

“Hashtag, relatable,” he muttered to the TV.

“Hashtag, get off your ass!” Jun ordered, shoving the god with his foot.

“I’m the God of Loooove,” he wailed. “You should be respectful…” spectful… ful… ul…

“Well, what’s your name other than God?”

Unamused, Jun narrowed his eyes. “I’ve looked everywhere for this action figure. It’s sold out of all the stores and not available online. So can’t you start helping me while I keep looking for it?”

Ai stood up and transformed into his regal wear. “This Great God of Love, Ai, will find Jun Adachi’s soulmates and perform matchmaking so that he may find his life partner and have a Good End.”

“First, I need to explore the human world more to figure out how best to help you with matches.”

“First, can you change into your geek clothes manually?”

“First, can you help me? I’ve never done it manually before.” Ai held out his arms, standing like a cross.

Jun blinked. Help Ai change his clothes? He pictured himself stripping off the god’s robes. “T-t-t-transform on the balcony!” Jun dashed out of the apartment and slapped the redness in his cheeks away.

Half a minute later, Ai joined him in modern clothes. The God wore blue jeans, sandals, and a red Dragonsquare Z shirt. Well, at least he matched today.

As they walked down the street in front of the apartment, Jun glanced up at his balcony. It was covered in petals. He halted in his tracks. “Wait!” Jun pointed. “You said they’d disappear outside!”

“You mean that sarcastically, right?” Ai puckered his lips in a pout.

Jun sighed. “At least it’s outside. Hopefully the wind will blow them away. Let’s go.”

“So, what kind of guys do you like?” Ai asked as they traveled into town.

It was getting more crowded now, and Jun didn’t want to be caught seemingly talking to himself. He didn’t reply.

“Oh, you said you like kind and respectful. Hm… Pick one: Yaoi hands or yaoi chins?”

Jun had no clue what Ai was talking about.

“Why are you ignoring me? Are you mad? I was just joking.”

Jun spoke through his teeth, moving his lips as little as possible. “I just don’t want people to see me talking to myself. Just do your thing.”

“So,” Jun buzzed between his teeth. “What’s your plan?”

“Not sure yet.” Ai pondered with fingers on his chin. “First of all, because I’m on Earth, I can only see the matches of people within a one mile radius. So it’s best if we cover a lot of area.”

Jun nodded. Finally, the God was getting serious.

Looking around, Ai perked up. “Oh! I think that manga shop is a good place to start.”

“You don’t have to pretend. You mean ‘start’ reading manga, don’t you?”

“Yes! I’m going to trick you into buying me manga!”

“It’s not a trick if you admit it—wait, before that, don’t be so honest!”

They walked inside and Ai immediately headed for the men’s action manga. Jun wanted to have some sympathy. The Heavens probably didn’t have stores like this and it was the God’s first time on Earth. Still, he wouldn’t allow them to spend more than 15 minutes there.

Jun put his phone next to his ear, pretending to be on a call so he could talk to Ai. “Isn’t there anything you can do here to help me?”

Ai flipped through a manga. “Hm… What about that guy in the blue shirt?”

Jun looked down the aisle and spotted a customer in a blue polo. “You mean the one looking at booby manga?”

“As the God of Love, I know everyone’s orientations. Even when someone changes, I sense it in the beginning of their questioning and expand their matches to fit.”

Jun picked at the spine of one book titled ‘My Dog Got Sent to the Underworld and Became a Demon King.’ “I don’t want anything forced.”

“If you want my help,” Ai finally made eye contact, “I’ll have to give a push to fate somehow.”

Jun frowned and walked away to a different section to think alone. It was true that he wanted to find a boyfriend, but he wanted everything about it to be genuine. Was that possible if he was getting help from the God of Love?

Looking up from his shoes, he found himself in the Boys’ Love section. He knew they were gay comics but had never read one. Romance novels were his preference. He slid one out of the shelf and opened to a random page.

“In addition to my assistant,” a muscular, shirtless man in a towel said, “why don’t you be my pet?” In the next panel, he grabbed the other flustered man by the waist.

The assistant was thinking about how muscular and handsome the other was until his butt was groped.

Jun scowled. Sexually harassing your subordinate? This was wrong on so many levels.

Jun looked beside him to see a high school boy. His red hair grazed his eyes which shyly avoided meeting Jun’s. He was shorter than Jun (which meant quite short), wore large glasses, and had a delicate look.

“If you’re interested in trying BL, you should start with some fluff with healthier tropes. Like, um…” He held out a book, cover facing Jun. “This one is about two high school boys who meet and become friends then fall in love.” The boy’s freckled cheeks turned pink as Jun took the book.

“Or,” he pulled a manga from the shelves then held it out with both hands, “this one about a man learning to love again after having his heart broken, when a new employee comes to work in his shop.”

“Or this one… about…” the blush deepened, “two college students who… bond over….” the book was now covering everything under the boy’s bottom lashes, “similar interests…”

The boy spotted another and passed the last off to Jun so he could grab it. “And this one is historical so it’s kind of sad, but it has a happy ending! And it’s really touching.” He handed it to Jun.

Jun looked around the store within his sight, wondering if the cute boy recommending gay manga was Ai’s doing. Nonetheless, he smiled. “Thanks. How old are you?”

The man chuckled and scratched behind his ear with a finger. “I know I have a baby face.”

He was older than Jun?! Baby-faced indeed. Jun would’ve guessed the man had one or two years before graduating high school. “How long have you been reading BL?”

He tilted his head. “Since college? My friend got me into it.”

Jun looked at the cover of one of the manga. Two boys were lying next to each other on a rooftop under the afternoon sun. “What do you like about it?”

The man blushed again. “I like how the characters show their love purely. And the bodies looks really nice during sex scenes.”

Both he and Jun turned red.

“Hey, Jun!” Ai called from another aisle. “I’ve finished picking out my manga, so we can go!”

So, then the encounter wasn’t Ai’s doing? “Thanks for the recommendations,” Jun said with a smile.

Jun met Ai at the counter and the cashier began to ring up their purchases. I’ll soon be broke thanks to you, Jun thought. He’d say it to the hoarder’s face later.

The cashier paused. “This one isn’t ours,” he said, holding out the high school BL to Jun. If it didn’t belong to the store, did it belong to the baby-faced man? Jun looked back to see if he was still there, but the section was empty.

“Uh, this must be my friend’s,” Jun told the cashier. “Please just put it in the bag with the others.”

When the pair stepped outside the store, Jun glanced around. “Can you tell if he’s nearby?” he asked Ai.

“We’ll never catch up.” Ai placed his hand on Jun’s shoulder while he opened up a manga with the other. “But I’m sure you’ll meet again.”

I promise, not everyone in this book blushes. (´ ∀｀;;) 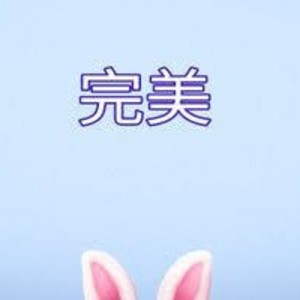