It was practically afternoon already when I woke again. By then the sleep, ibuprofen, and hydration had dulled my headache to a tolerable throbbing. The sunlight definitely seemed more forgiving than it had been earlier. I was still hungover, but I’d faced worse before. I knew I’d be fine from here on out. I prayed to every god I could think of, thankful that I hadn’t vomited all over Emile’s nice apartment and made a total idiot of myself.

I fought every instinct that begged me to stay in bed, and sat up. Emile was gone from the room, but I could hear the shower running at the other end of the apartment. He’d left me a fresh bottle of water. I sipped this one more slowly than I’d chugged the last. I needed to use the bathroom, but I’d have to wait my turn. I popped my glasses back on and unplugged my fully charged phone. I wasn’t really prepared to deal with Tomie yet, but I knew she’d only get angrier the longer I let her stew.

Tomie: Tell me you didn’t go home with that old guy!

Tomie: Are you fucking kidding me? What’s his address? We’ll come get you.

I knew that it was after this point that she’d called. But rather than listening to whatever scathing voicemail she had surely left, I kept reading the texts for now.

Tomie: Pick up your phone.

Tomie: Stop ignoring me and call back.

Tomie: Are you alright???

The last message was sent several hours after the first batch. It did make me feel a little guilty, since she did seem to be genuinely concerned. And sure, going home with a man I barely knew was, on paper, not my finest decision. Despite that, everything was going really, really well. Hopefully Tomie didn’t lose too much sleep worrying about me. Vee had reached out to me this morning, too.

Vee: You went home with your boy?? I’M SO PROUD

Vee: But can you please call Tomie. Homegirl is still freaking out.

I steeled myself and opened my voicemail. “I can’t believe this,” my friend’s angry voice rang out, “What has gotten into you lately?! Where the fuck—” I deleted the rest without listening to it. I already knew what she had to say, and there was no sense in putting myself through hearing it. She didn’t even know the whole situation, I’d barely told her anything about Emile. Which, granted, was probably why she was so upset. She always acted like more of a mom than my actual mother. Honestly, my mom would probably be proud of me for showing interest in a man who actually had his shit together for once.

I called Tomie back. She picked up immediately and seethed, “Please tell me you’re OK so that I can go over there and strangle you to death with my bare hands, you stupid idiot.”

“Are you kidding me?! ‘Everything’s fine?’ You went home with some sleazy dude!”

“He was helping me! My heel broke, and I couldn’t make it home,” I explained. It was a perfectly acceptable reason for me to have ended up at his place. “He’s been, like, really amazing. He gave me water and plugged in my phone for me. If it weren’t for him, I probably wouldn’t be able to call right now.”

“Is that supposed to make him a nice guy? If it weren’t for him, you’d probably still be at my house! And he’s the one who got you drunk in the first place.”

“I got myself drunk, thank you very much. It’s not like he forced me.”

She was quiet for a moment, which was somehow more concerning than anything else. She asked quietly, “He didn’t take advantage of you, did he?”

“What?” I exclaimed, “No! No, of course not. Not that I didn’t want him to,” I laughed at my little admission, “But we were drunk, you know? Nothing happened. We only slept.”

“Good,” she sighed in relief, “Thank god. Who is this guy, anyway? Where did you find him?”

“I met him at work a while ago,” I was hoping to withhold any other details if I could help it. She didn’t need to know that I’d only barely known this guy before I suggested that I wanted to go home with him. She was always judging me harshly as it was. I could hear the water in the shower turn off now, “Hey, I’ve got to go. But I swear I’m OK, so you can relax now.”

Emile walked back into his bedroom. His hair was dripping wet and a towel hung around his shoulders. He was dressed in jeans and a t-shirt that hugged his broad chest in a particularly flattering way. He must have brought the change of clothing into the bathroom with him. I suddenly recalled that I didn’t have any pants on, which was massively embarrassing now that there wasn’t so much wine clouding my judgment.

He sat next to me and the mattress depressed under his weight, drawing me closer as he spoke, “Did you talk to your friend?”

“I did. Don’t worry, she’s not about to file a missing person’s report anymore,” I told him.

“Good,” he nodded, “That gives me more time to hide the body.” His face slowly erupted in a mischievous smirk. He was obviously trying to make a joke, and it was pretty adorable.

I swatted at him playfully, “You’re too much!”

“I don’t think she likes me,” he admitted as he let his head sag against my shoulder. The wetness of his hair dampened my borrowed shirt.

“Oh, don’t take it personally,” I soothed as I twisted myself sideways and pulled him into a gentle hug, “She never likes anyone I’m interested in.”

I felt his body freeze in my arms. His face was obscured from my view as he asked, “So you’re interested in me?”

I attempted to stammer out a reply as my cheeks and ears heated to a vibrant pink. Of course I was interested! At this point, how could there be any doubt? We had kissed. He carried me home. I slept in his bed. When words continued to fail me, I ended up just nodding.

“Great,” he said as he stood up. I could see now that he’d been grinning. He leaned down to press a quick kiss to my forehead before walking out of the room, “Are you hungry? We should eat.”

I wasn’t hungry. I was anything but hungry. My stomach had been feeling rather sour, and the churning anxiety of admitting my interest in Emile (even non-verbally) hadn’t helped to ease that. Eating was a good idea, though. So I headed off to freshen up while he prepared something for us. I decided to change back into my own clothes, which were still hanging where I’d left them, rather than continue to walk around without pants on. When I came out of the bathroom, there was a plate of toast and a glass of juice waiting for me.

He gestured to my dress, “Didn’t need help with your zipper this time?”

“I was able to manage,” I mumbled. He changed the subject to ask me if I’d be interested in eggs or cereal. I didn’t think I’d be able to handle that, so I declined. I took a sip of the juice and winced. It was way more bitter than I’d been expecting.

“Grapefruit,” he explained. “Not a fan?”

“I guess not,” I shoved the glass away like a picky child, then took a bite of jam-smeared toast to rid myself of the bitter aftertaste. It was suddenly very quiet, and the sound of me chewing was deafening.

Eventually he spoke, “I’d like to take you on a date.”

I appreciated his blunt honesty. I didn’t want to beat around the bush anymore, either.

Just more cursing, is all. 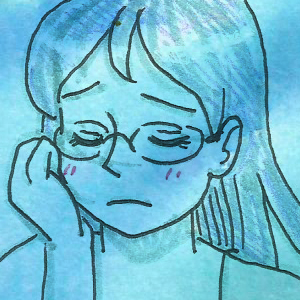