By the time October rolled around, I’d saved up enough to buy a cheap car. It was heavily used and dented in a few places. The CD player was broken, but the radio worked at least. Emile hated it and offered to help me spring for something better, but it was good enough for me. I honestly could have spent a little more on a better car, but I’d rather have the extra money I’d saved to go towards the insurance payments. As long as it started up when I turned the key in the ignition, that was what was important to me.

Between blowing my savings, rent, my phone plan, car insurance, and other outrageous bills, money was tighter than ever for me. I picked up every shift that I could to compensate, which meant I didn’t get to see Em as much as I would have liked. He was working a lot lately, too. Some days he’d stay late or go in on weekends. When I wasn’t working overnight, I’d spend the night with him so that we’d have more time together, even if it was just to sleep.

He’d stayed at my place overnight last night, but was gone when I woke up this morning. I could tell our stressful schedules had been getting to him. He’d forgotten his wallet on the counter when he’d left today. He’d never done that before, so he must be pretty frazzled. Being disorganized was out of character for him. He’d been looking even more exhausted than usual lately.

I grabbed my cell phone and called him. I figured he could swing by The Webb and pick his wallet up from me at work later this afternoon. I didn’t know what floor he worked on, or else I could have dropped it off at The Tower for him. After a few unanswered rings, I noticed buzzing coming from my nightstand. He’d managed to leave his phone behind, too. He must have been in a major rush this morning to be so absentminded.

I hung up without leaving a message. I mulled over what to do next before remembering that I had his coworker Karen’s number. At least something useful had come from that awful night I’d met her at the gallery. I pulled up the contact and tried ringing her, but she didn’t pick up. I didn’t blame her, since she wouldn’t have recognized my number. We hadn’t spoken since the night we met.

“Hi, it’s Noel. Emile’s girlfriend. We met several months ago?” I said awkwardly in the voicemail message I left, hoping she’d remember who I was. “Uh, anyway, he left his phone and wallet at my place and I’m trying to get hold of him. If you could give me a call back, I’d appreciate it. Thanks!”

She called back a few minutes later.

“Karen, hi! Thanks for calling back. Anyway, I can drop his stuff off at The Tower, but I don’t know what floor he’s on or if security would let me in, so I figured I’d call you.”

There was a long pause before she spoke. “Noel, it’s a Sunday. Emile isn’t at work. The office is closed.”

“I know, but he said he’s had a lot of work to do lately. He’s probably there catching up.”

“No, you don’t understand,” she said, “The entire building is closed today. He couldn’t get in if he wanted to. And besides, it’s the off-season. Why would we need someone from Accounting to come in on the weekend?”

My stomach dropped. Em was an accountant? He had never explicitly stated what he did, always avoiding the question. I’d started to think that maybe Tomie was right, and he was involved in some kind of ‘spy stuff.’ At least, maybe he spied on people on the internet or something. But he was an accountant? Why hadn’t he ever mentioned that?

“Maybe he picked up a second job,” she offered when I’d failed to respond. “Did you check his place?”

“It’s no bother. Call me back if he’s not there. I’m sure everything is fine.”

I ended the call and grabbed my keys. He hadn’t specifically said he’d be at work today, I’d just assumed. But he’d definitely told me before that he’d had to work weekends recently. If he wasn’t at work, where the hell had he been going lately? It was a short drive to Emile’s, and hopefully he’d be there. He had some explaining to do.

His car wasn’t there when I pulled up outside his apartment. I let myself in anyway, using the spare key he’d given me.

“Em?” I called out as I jogged up the stairs, but there was no answer.

I did a sweep of the apartment and he was nowhere to be found. There was no sign of him anywhere. Maybe he’d just stepped out to pick up some groceries or something? My fridge didn’t have a lot of breakfast options, since I was on such a strict budget these days. Maybe he was back at my place and couldn’t reach me, since I had left with both of our phones.

I raced back to my apartment, but it was eerily quiet. Em wasn’t inside. I was growing more upset by the minute. He couldn’t have just disappeared. He had to be somewhere. I pulled my phone out and dialed Karen again.

“Did you find him?” she asked.

“No,” I practically sobbed, “I went to his apartment, but he wasn’t there. I still don’t know where he is.”

She must not have heard me. I was getting kind of hysterical, so I guess I couldn’t blame her for not being able to make out what I was saying. “I said I’ve been to his apartment, and he wasn’t home.”

“Emile’s house? Why would he have an apartment?”

I fumbled to fish his wallet out of my purse, almost dropping my phone in the process. I popped the creased leather open and tossed some credit cards out of the way onto the counter top. I removed his license and scanned down to the address line. The house number and street I saw printed there was completely foreign to me. I blinked dumbly at it, trying to be sure I wasn’t seeing things. I’d never quite adjusted to wearing contact lenses, but it was there clear as day.

“Noel? Are you alright?”

“I’m sorry, I’ll call you back.” I rushed to hang up with trembling fingers before she could reply.

Emile had just updated his license before our trip in June. The date of issue confirmed that. Why wouldn’t he have updated his address at that time? Why wouldn’t he tell me if he owned a house? None of this was making any sense at all. I plugged the address into my phone’s navigation app. It was only a ten minute drive away. I texted Di to let him know I wouldn’t make it to work later. I lied and said I had a stomach bug. I worked with food, nobody would ever question that. Whatever was going on with my boyfriend was more important. I needed some answers. I stuffed the credit cards back in Em’s wallet haphazardly and made my way back out the door.

I hope you enjoyed all the cutesy romance tropes that led us to this point in the story, because it's officially time to wave bye-bye. 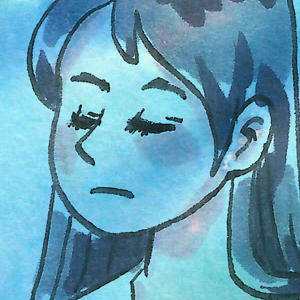