I’m a little surprised by how easy it is being with him. We seem slide into a natural rhythm, as we begin cooking in the kitchen. Him telling me what needs to be done and showing me how to proceed when I’m unsure. It’s almost fun.

The smell of the stir-fry begins filling the room and I close my eyes for a moment to take in the atmosphere. I haven’t experienced this in so long. This comfortable, homey feeling. Spending time with someone without having sex, just talking casually. Before I notice it, we’re talking about university and I’m venting to him about my hopeless group. He nods interested and his gentle smile fills me with a warm feeling.

We sit down to eat.

“So, about the document you sent me” he begins, and I’m suddenly reminded of the purpose of his visit. This is supposed to be a sex-only relationship, so what the hell am I doing having a nice time with this guy?

“It sort of suggests a pretty one-sided relationship…”

“Well, that was the point. I don’t want a relationship or a boyfriend. Just sex, that’s the deal” I interrupt him.

He makes a slightly sad face and for some reason it startles me a little.

I feel my heart sink a little at his words but try to shake off the feeling.

“If you don’t like it, you can just turn it down. No one’s forcing you to agree to it” I say harshly, trying to push away the fear of rejection.

“I know that, but I also really want to be with you” he says, and I feel a bit relieved at his words, but still a little worried.

He puts down his fork and stares me straight in the face and his sudden determined expression surprises me a bit when he says:

“I want a compromise”

I eye him suspiciously. A change or addition I would’ve expected, but a compromise? That makes it sound like he wants a completely different arrangement.

“What ever do you mean?” I ask him, one eyebrow lifted.

“I mean I want some changes to the rules. Or at least some additions” he says, still with that determined look in his eye.

Well, that does sound better, so I let him continue:

“I want to be able to text you as well”

Well, that’s not the worst addition he could have suggested, but it could also become a hassle so I’m hesitant to grant his request.

“And I want us to spend time together, outside of having sex” he adds and my jaw drops.

Does he want us to cuddle afterwards or what is he talking about?

He must have sensed my perplexion, because he continues: “Come on, this is nice isn’t it?”, smiling and gesturing at the food on the table.

“Absolutely not” I blurt out.

His expression darkens and he puts down his fork.

“You know, you are really great in bed – but is that all there is to you?”

His words hit me like a rock. Who the fuck is he to call me out on this? We don’t even know each other. I feel my whole body begin to shake in anger.

“Get out” I tell him in a monotonous voice and when he doesn’t immediately follow my command, I get up. Furious, I throw my fork after him and he just barely manage to dodge.

I interrupt his startled outcry: “Get out!”, yelling this time.

He jumps up almost knocking over his chair.

“Jesus, woman. What the fuck is wrong with you?!”

His words really irritate me, and I motion to throw my cup at him, but he lifts his hands in surrender.

He begins scuffling towards the front door and just before he leaves, he adds:

“You know, you don’t have push everyone away who shows you a bit of interest.”

Then he slams the door behind him.

What the hell does he know? He knows nothing about me. Nothing.

I slam the door behind me. What the hell is wrong with her? One moment we were having a good time, eating and talking together and the next she’s throwing cutlery and screaming at me to leave.

I resist the urge to kick a box that’s conveniently placed further down the hallway – just the right height to take my frustrations out on.

That really couldn’t have gone worse. I exit the building and look up in the direction of where I think her apartment window is. Well, I guess this is goodbye then.

The next few weeks I only catch a glimpse of her twice, and only from far away. I’ve heard quite a few rumors about her during that time; seems like my senior isn’t the only one talking about her.

I heard she’s the kind of woman who’ll sleep with anyone, but no one has heard about her ever having a boyfriend; so they call her easy – a slut.

But I don’t know. I think it’s true that she’s slept around a lot – it wasn’t hard to get her into my bed the first time – but there is something lonely about her. About the way she won’t let anyone get close.

I heard she only hangs out with one other person, a girl named Jen, who also really stands out a lot because of the way she dresses. I remember seeing her next to Mona the night of the party.

I can’t seem to stop myself from thinking about her still. I really should just move on.

As I’m thinking this, I turn a corner on the hallway and suddenly bumps into someone. She drops the books she’s carrying and falls flat on her bum. I stare a little at her and her strange attire, full of laces and rivets, when I recognize her as Jen – Mona’s friend.

“I’m so sorry” I say hurriedly and stretch down a hand to help her up. She takes it and utters:

I can’t help but laugh at her blunt words and I bend down to help her pick up her books.

“Sorry about that” I smile, “Hey, you are Mona’s friend, right? I’m Aaron” I say and stretch out my hand.

She eyes me a little suspiciously before shaking it.

There is a moment of awkward silence, that she is the first to break:

“You want something?” she asks.

I consider her question. Do I? I’m supposed to be done with Mona, and yet I feel all sorts of questions linger on my tongue now that her friend stands here in front me.

“Are you on your way to class?” I hear myself ask.

“You want to go have a cup of coffee then?”

I don’t know why I’m asking this, it’s so out of the blue. I glance at the heavy makeup around Jen’s eyes. She sighs.

“Listen. I might be Mona’s friend, but I don’t think I can help you get with her. She’s stubborn like that” she says a little resigned.

“Yeah, I don’t know what I was thinking… I just… Wanted to talk to someone who knows her, I guess? Get to know more about her…” I say looking down at my shoes, having a hard time with my words.

I look up at her and feel my mouth form a large smile. 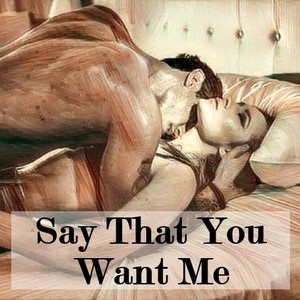