The explosions were minor. A few to destroy evidence, some to distract and startle the arriving police. It was not really the massive ending to the night that Wrath had wanted, but it would do. Hopefully, enough damage was done to collect insurance and play this off as arson or leave it as vigilantes causing trouble, the damage control that Wrath had no interest in. All of that cleanup was in Sloths’ and Greed’s’ territory.

Still, it was exciting. Unexpectedly exciting, enjoyably, pleasantly exciting! How long has it been since there was such a fight? How long had she felt her blood boil with exquisite blood lust? Not only that, but her opponents didn’t immediately flee, nor instantly fall over dead as soon as she arrived. They didn’t bore her like she assumed they would; two so-called ‘heroes,’ mere nuisances in her day-to-day life should have simple insects to crush. Instead, they genuinely seemed like warriors.

Well… the man was meh.  Young, cocky, the prey only lazy dying predator would hunt for.  Oh, he put on a brave face and a point to him for surviving! It was clear though that she could outfight him, outright murder him, effortlessly.

It was the woman who was the challenge.

Sloths’ soft whisper crawled into her ear, digging in and clutching her mind tight. She opened eyes, staring at the ceiling. The excitement from the night before made it hard to sleep. Those words, coiling around, made it almost impossible. She gritted her teeth a bit, suddenly irritated. As amazing as the battle was, something about that mystery woman felt familiar.

Too familiar. Ira felt a memory clawing from the back of her mind. Shadows threatening to engulf her. It was the past she did not want to remember, but what would never let her go. It kept her awake.

It felt far too early to be awake.

She growled, sitting up on her king-size bed. She picked up her cell phone to check the time and grumbled when she saw it was 6 am. As expected, it was too early to be awake. Sleep had always seemed to escape her; she was still on alert, ever restless. This was something she struggled with since childhood. She shook her head with another murmur of annoyance, dropping her phone to run her fingers through wild hair and growling as they got stuck in some knots. She tugged, freeing her hand and looking at the red strands she pulled. There was no pain to feel, but she was able to use the tactile motions to shake away that annoying shadow of a memory.

She looked over to the right corner of the large room, seeing her purse on the chaise lounge. She grabbed her phone again, tossing it and nodding as it landed inside of it. A small check to make sure her reflexes and aim were as it should be. Her stomach growled noisily, causing her to groan before she gave a little snorting laugh, “I really didn’t get to enjoy my meal. I am starving!”

She pulled the covers off her body, stretching and pressing a button on the right side of the bed to open the blinds. The sunlight started as a sliver before begin to devour the darkness in the room. She smirked at the sight of the city before her eyes. Her city, one she had killed for. Her dark skin took the feeling of warmth, and she kicked her legs over the side of the bed, taking in the morning skyline. “Time to eat.”

Greeting the morning with her smile.

Hiding the blood lust of the night before.

She is silk hiding burning steel. 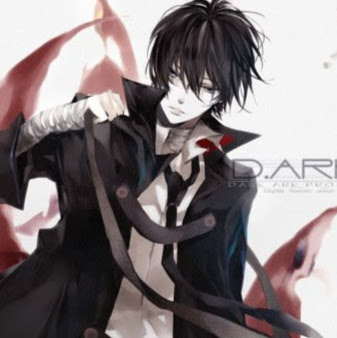 youve given me the diabetes. i am loving this so far i cant wait to see whats up next 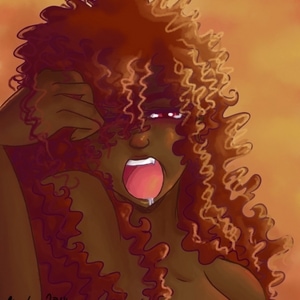