The sounds of boots trampling against dirt mingled with the screams outsides. The hissing wisps and pops of bullets hitting rock and flesh echoed against the cement walls. Fear caressed her heart, then squeezed it painfully tight as she held her crying brother against her. His sobs were the only thing distracting her from the smell of iron and copper in the air, wafting into the darkness they hid in.

A presence stayed with them, trying to shield them, one that felt so warm and yet still so out of reach. Ira prayed that the high-pitched hiss of a bullet would not end against their flesh. That the fast, pounding sound of boots would not enter what she and what remains of her family had called home. She tried to fight her own sobs escaping, her right arm pulling her brother's sobbing body closer to her, hoping to use what little strength she had left to comfort him.

She looked towards the protective presence, hearing the voice calling out to her. She felt a gentle grip on her left hand, holding it firm to get her attention.

That voice was clear and stern, yet she could hear the panic in it, the uncertainty. She released a shuddering gasp, squeezing that grip as she tried so hard to fight the hot tears that threatened to fall. The screams grew louder, an explosion now reached her ears, coiling and grasping her mind, her heart pounding, like drums.

That voice faded against the chaos outside, and she felt that presence slipping away, its grip leaving her, “N-no no...don’t!” She held onto it, holding onto it even tighter. Her head turned towards that voice, desperate to keep it close to her. She could finally see the form of that presence, silhouetted by a bright white light, beams of warmth against her face. It tried to pull away, to go into that light.

Apart from her trembling, terrified brother.

The sound of a bullet ripped through the rock. She could’ve sworn one had penetrated the darkness, hissing past them. It made her grip loosen in panic, and the presence, her only shield, was slipping away from her. “Protect Ori. Keep him safe. I’ll come back for you!”

What she had been fighting back against finally fell; tears, burning against her skin, traveled down her cheeks. She could taste iron filling her blood, the cries of her brother mingling with the wails screaming outside of the darkness, “Don’t leave...”

She could only feel wisps of that warmth now, the presence fading from her, along with that gentle light. Her own fingers held those tips, as hard as she could, “I-I promise! I’ll protect him! I’ll keep him safe!”

Her fingers were empty. That figure, that light, was outside of her reach. Her hand clawed against the darkness, reaching out for that vanishing light, “No-NO! DON’T LEAVE ME!”

The smell of ash and blood filled her nostrils against her screams.

A young girl forced to grow up to soon. Making a promise that seemed impossible to keep.

What kind of person does a child like that grow up to be? 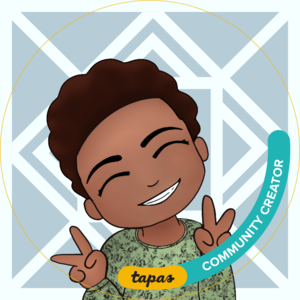 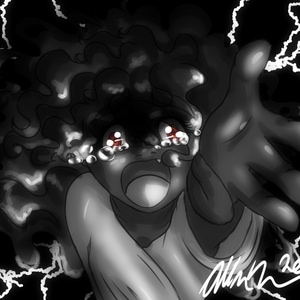