Mary stayed home from school for the rest of the week. On Saturday, Mom finally allowed her to go out.

She really needed to. The more Mary sat around doing nothing, the more she thought about Carter in the hospital.

"You want me to come with you?" Mom asked.

"I'll be fine. Just visiting Ba. Besides, you need sleep. You just got off a monster shift. Why'd you work so long?"

Mom sighed. "It's this new patient. Scotty. He was having some trouble last night and we were short staffed. So, I stayed."

Mom worked in the kids' cancer ward. It was always a big deal when some of them got better and went home. The nurses threw going away parties.

But then there were the ones who didn't get to go home. That was always hard.

Mom rubbed her eyes. "Sometimes I wonder what good we're doing. Some live. Some don't. All of them suffer."

She put her arms around her mother's shoulders.

They held each other for a moment. Then Mary let her go and asked, "Promise you'll rest and eat?"

"Will do." Mary kissed her on the cheek. "Oh, I need a new sketch pad and some paint. Can I have some money?"

"Where's the money you worked for over the summer?"

"I bought a brush with it."

Mom raised an eyebrow. "All of it? What's this brush made of? Unicorn hair?"

Mary looked down uneasily. "Well, no." She didn't often buy things for herself. But when it came to art supplies, it was hard not to get the good stuff.

Mom shook her head, but she opened her wallet and took out some cash. "Here."

"Thanks." Mary stowed the money and picked up her portfolio before she left.

Riding the bus again was eerie.

All the noises--the engine, the creak in the door hinges, and the various beeps and clicks--seemed sharper and louder. Each time the brakes squeaked, her hands became clammy with sweat.

When the bus came to Fair Avenue, Mary got off and hiked the few blocks toward Anna's Art Supply, which was actually run by a guy named Ben. It wasn't in a great part of town, but since it was still pretty early in the day, Mary felt safer about going there by herself. The store was squished between a crappy pizza joint and a psychic who covered her windows with purple curtains.

Inside Anna’s, Mary saw a man at the counter cutting open a cardboard box. He looked up and smiled. "Hey there, Mary."

Ben was, for lack of a better description, a beautiful man. He was in his mid-thirties and a bit on the short side, but he had toned arms and great hair. For a while, Mary hadn't understood why his shop wasn't called "Ben's.” Then a few years ago, he told her about his wife, Anna.

Anna’s dream was to own an art store and a makerspace to rent out to artists in the community . They both worked hard and saved to buy an old grocery store and the warehouse behind it. Ben had wanted to name the store “Banana” since that's what their names sounded like when you said them together fast. Anna vetoed that hard.

Several years ago, Anna went to the bank to deposit some money so that they couple pay the contractor that was renovating the shop for them. A guy with a gun came in and tried to rob it. He didn't get out before the cops got there, and he took everyone inside hostage.

Mary was in primary school at the time, but she remembered watching the event on the news with Ba. The police brought in their SWAT team and a negotiator and everything. When Mom had gotten home from work that day, she turned off the TV and said no one could turn it back on until the next day. She had just started working in the ER at the time, so she had understandably wanted it quiet so that she could rest.

Mary heard at school what happened the next day. The stand off had lasted for hours. Eventually, the bank robber shot two people before trying to shoot himself. The police got to him first, though, and he lived. One of the people he shot survived, but the other didn't.

The one who died was Anna. 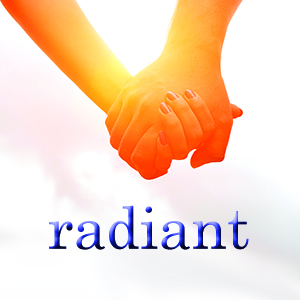