I clutched the colorful paper in my hands, not caring that the wet marker was sliding and smudging across my shirt as I ran across the living room, heading blindly towards the direction of my parents' voices. We had a large window that filled up almost the entire length of the wall in our living room, and being a beautiful sunny say, I could make out every detail around me. The seemingly untouched light grey carpet with faded white couches littered across it neatly, as if they had grown straight from the wild field of carpet. My markers that were slowly rolling across the floor, disrupted from my sudden scramble to see my parents. I had finished a beautiful drawing of me and them, holding hands under the sun on little lines that represented grass.

I was so proud.

My little body zig-zagged through the house trying to find them, and when I did, their backs were to me. They were obviously hovering over something -something that grabbed all of their attention. Something that made them turn their backs to me in the first time of my seven year old life.

Only then did she turn around, my beautiful mother with her slim almond eyes and curled red hair. A wide smile was planted on her face, and she stepped aside to show me the little menace. If only I had known then how much pain and trouble he would cause me in the future, I would have sent him back to the orphanage right then and there.

"Song-min, baby, meet Yunso." My mother chirped, bringing forth the child. He was roughly two years younger than me, a little more than that, even. His hair was slightly curly, tousled and a natural soft brown color that matched his honey colored eyes. His cheekbones and jawline were perfectly crafted, even at such a young age, and I knew that they would only become more defined as he grew up.

No matter how hard it was to look away from his perfect face, the only detail that caught my attention was his hand. His little fingers were laced with my mothers happily, and I wanted to bite them off. Slowly. Painfully.

That was my mother. Not his.

But, sadly, I was too young to know better then. Too naive to think to myself -why is he here? I should get rid of him now, while he's young.

Instead, I extended my hand, a sloppy grin on my face as I looked at him.

Yunso is smart. He's in freshman year now, and I'm in my junior. I've never gotten below a B in any class, but Yunso? He's never gotten below an A+. He would cry himself to sleep if he did. And, because of his "extraordinary" academic skills, he was put into the higher classes. The ones that were meant for juniors. Meant for people my age.

Right now, we had biology together. The last period of the day. I always sat in the back, but Yunso was quite the opposite. He was sitting in the very front row, his back perfectly straight with broad shoulders lining them and muscles in every curve. On top of his perfect grades, he was the star athlete of the school. He played football, and was damn good at it too. So guess who got all of the attention every day after school?

Ever since my parents brought him home that one fateful day, nothing's been the same. New things attract people, and Yunso was perfect for that. He instantly stole away all of the attention, entertaining my parents with stupid little tricks he could do.

Daddy, watch me make shapes out of bubbles!

He was already so much better than me in everything. School. Sports. Life. And I was getting sick and tired of it. It was supposed to be me. Me. Me.

Finally, I heard the bell ring, and I got out of my seat. Nobody even called me by my full first name now -I was just 'Song', and it was as if Yunso was stripping everything away from me. My title. My popularity. My parents.

Everything! Was gone! Because of him! And I was tired of it!

I shoved right past him as I left the classroom, making sure that my shoulder ran right up against his. He barely moved, shooting me a glare. I just ignored him, hoisting my backpack up higher on my shoulder and walking down the hallway of the school. The second I went through the exit doors, I sighed softly, taking in the air around me. I could slow down my pace and just clear my mind, except I didn't want to. I didn't feel like relaxing when I knew that I was going to go through the same ignorance and degradation I went through everyday when I got home.

The walk home was short, and within about ten minutes I opened the front door and stepped inside the refreshingly cool home. I shut and locked the door behind me, so that Yunso would have to knock and I could make fun of him for taking too long to get home. Setting my backpack down, I walked into the living room and froze at the sight before me.

The bitch had beaten me home?!! How! I even pushed past him in class! How could he have possi-

“Took you long enough, Song.” He said, his eyes gazing up from his phone to look at me. I growled at him, turning right to head into the kitchen.

I could hear him chuckling from his perch on the couch, but I ignored it, instead going to the cupboard. Why did he always have to be better than me in everything? And why did he have to shove it in my face?? If only he weren’t here… and mom and dad could see how special I was, too…

I wanted so badly to just break down and cry. Why? Because I’m fucking weak, but I’ve learned to accept it. I’m short for my age, and Yunso is tall. I’m not very strong, but Yunso is the definition of muscular. I got good grades, but Yunso’s were better. He was better than me at everything, and had my parents wrapped around his finger. I wanted them back so badly, or at least to just notice me like they noticed Yunso, or proudly look at me instead of degrading me.

Sighing, I opened the cupboard to get a bowl. Every time I ate Ramen, I used the same red, porcelain bowl, and the second I spotted it, I frowned. Of course it was on the very top shelf. Even my house liked to flex on me.

I huffed, standing on my tippy-toes and reaching for the bowl. Nope. I was about a good inch shy from even touching the shelf. Turning around, I jumped as my face slammed into something broad and hard, like a huge wall thrown in my face. I put my hand out to touch it by instinct, only to discover that it was Yunso’s hard, strong chest. And what was he doing?

He was reaching above me to get that goddamn bowl.

“No!” I said, turning around and watching as he brought it down from the shelf, setting it in front of me. “Put the bowl back, damn it! I can get it myself!!”

I pushed my elbow back against his side, but he didn’t move. And that’s when I realized the situation I was in.

Yunso’s chest was pressed up against my back, one hand placed on the counter beside me and the other reaching up to close the cupboard doors.

In situations like these, I just don’t know how to respond. I just froze up, shivering and waiting for him to be done. However, when he was done, he didn’t move. He kept the same position, except bringing the other hand down on the counter by my other side.

“Move, Yunso. Now.” I said, my voice still coming out clear and strong even though my body felt like it was able to collapse. In all those years that Yunso had been better than me, broke me down and made me cry over the fact that I could never be able to beat him in anything, I had sort of developed a ‘higher’ position for Yunso in my head. And now this strong, smart, perfect man was hovering over me, and my body was scared.

“Why are you always in such a pissy mood, Song?” He asked, moving closer to me. I cringed away from him, pushing at his chest with one hand and keeping a hold of the counter with my other.

When I didn’t respond, he cocked a brow, leaning even closer so that his lips were brushing my earlobe as he spoke. “I think that it’s because you never relax. Maybe if you took some time to enjoy yourself, you’d be a lot nicer, hm?”

I shivered visibly, from both fear and disgust. Was he saying that I should jerk myself off? What the hell?!

“Get off of me!” I yelled, hitting at his chest with my hand. I was too scared to punch him. Why? Well, because he could fucking punch me right back, except a hundred times harder.

“Answer my question.” He said nonchalantly.

“Because I hate you!” I spat, thrashing between him and the counter since he was leaning his body against mine, pinning me to the counter. I was nearly leaned backwards over it at this point.

“I hate you and I don’t want you near me! You ruined my life!”

Yunso was silent, but I wasn’t. In fact, like the miserable fuck I am, I started to cry. I felt so weak and exposed, and I hated it. I continued to scream at him, even as tears flowed down my cheeks. “I hate how you just barged in one day and stole everything from me! I hate how you think you’re better than me! I hate everything about you!!”

I wanted to leave so badly. To run away from him and go lock myself in my room for the rest of the night. Anywhere away from him (no matter how warm and strong he felt pressed up against me right no) would be the best place on earth right now.

More tears. His voice only teased me, as if taunting my head and reminding me how low and insignificant I am compared to him.

I froze at the sound of my full first name come out of his mouth. No one had called me that in years. Not since Yunso came. I refused to look at him, though, and crossed my arms, my eyes red and watery and my cheeks tear-stained.

“I didn’t want to take anything from you. And I don’t think that I’m better than you in any way.” He said, his hands moving closer to my hips, which were leaning against the counter. I pushed them away, and with the little bit of access I now had, I slipped away from him and grabbed my car keys, heading for the front door. 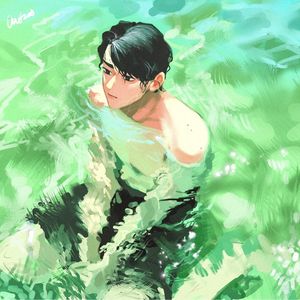 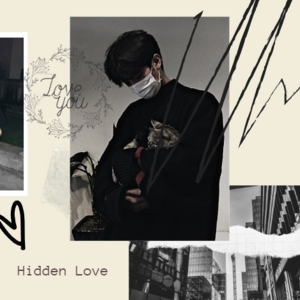 Two brothers who have hated eachother since they were children, but can never seem to grow apart, because you can't hide how you truly feel for someone forever.
//mature
Subscribe 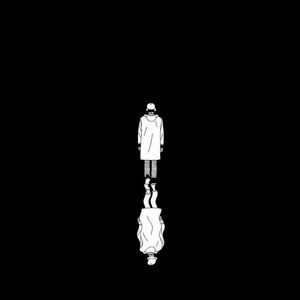