It’s been 10 years since the world was thrown into chaos. No one could have predicted a virus could cause so much damage in a time when modern medicine seemed to have an answer to all our problems. In the beginning, it started out innocently enough, many compared it to the common flu signing it off as nothing that would last longer than a few months. Little did they know it would change the world forever.

Those who thought they weren’t at risk continued to venture out into the world unprotected and unknowingly becoming carriers. It didn’t start to set in until the older generation of their families, those at a much higher risk, became affected. That was when reality began to set in, the real danger reared its ugly head. It doesn’t become real until you experience the fear and guilt first-hand that it was your actions and inability to follow simple procedures that skyrocketed this situation to a height no one could have foreseen. It began to change the way people interacted and traditions followed for decades suddenly faded into simple memories of the past.

It forced countries to re-evaluate the flawed systems that had been in place for years. The greed that created a catalyst for this virus to take hold of nations thought to be invincible. This was the harsh reality of the situation. These world superpowers began to scramble to alleviate the situation caused by their own gluttony. It forced a system of Universal Basic Income and Healthcare for all, an idea thought to only be a pipe dream of the people who lived in these nations.

Those among the mega-wealthy were loud in the speeches they gave in support of these systems, but their actions said otherwise. They still used every trick and loophole in the book to horde their wealth, donations of pennies on the dollar of the billions that they possessed. 99% of the money in the world was controlled by only a few hundred people with a world population measuring over 8 billion.

Mainstream News and Media were controlled by the same conglomerate, but the masses were too busy fighting amongst themselves to notice the companies, true owner, while they sat under their umbrella of ignorance. Due to false factions or political parties that stayed unchanged for hundreds of years those that the media had placed so much importance on. It forced people to choose sides and fall into the set beliefs of one side or the other, unable to be properly be represented by a voice that resonated with their true beliefs.

At the turn of the century, an idea thought to be a bubble meant to burst by the elite began to grow to the point that those in power saw a threat they couldn’t have predicted nor contain. The uncensored sharing of information between the masses of people who had broken the mold and could think for themselves. This technology was only truly understood by a small portion of society, a portion that began to build leverage. They were able to amass a comfortable living given benefits unheard of to the majority of the population. This has kept most of them docile and quiet as to not disturbed their own way of life. Most sit just under the threshold of those who would be demonized by the masses but high enough as to not be in worry of their well-being.

They had unknowingly provided services and the products of their genius that made many advances to abolish the tedious work many were accustomed to performing for a living. This creation of automation slowly lead to loss of jobs but was supposed to be gradually implemented into the companies who needed it as to not upset the balance.

That was until those so ultra-wealthy could not seem to wait to cut costs. This had created circumstances they had not thought of possible. While the governing powers attempted to bandaid the economy there were those who saw the truth. A bandaid is only a small layer of protection eventually meant to be ripped off so the body can repair the problem on its own in due time. The circumstances created by greed acted as a poison on the economic body of the masses, this couldn’t be healed through normal means. Some of those who unknowingly created the catalyst for this poison began forging an antidote as they foresaw the real damage coming that they may have caused.

The creation of self-sustainable communities un-reliant on outside bodies of influence began to emerge. They created their own energy, food, and way of life thought to only exist in an average person’s wildest dreams. These Utopias provided their populations with shelter, food, water, and freedoms not thought to be possible in the past. People from all walks of life came together to support each other. Real communities began to form, an idea that was almost abolished with the individualistic ideals that the societies of these supers powers conditioned so many to only look after themselves, to become uncaring of those who were not given the same privileges.

Something amazing happened. With basic needs all but handed to those who lived in these new communities a focus on problems throughout the world began to emerge. It was a renaissance of knowledge, art, and technology. Beautiful and wonderful creations began to burst into reality. Resources were in abundance and altercations between people became nonexistent.

Those outside these communities had returned to the rat race of the old world. They began to be jealous of those who lived in such abundance and togetherness while they were still pitted against each other in competition for basic necessities. These communities took a lot of work to start but almost none was needed once the processes were put into place. This began monstrous expansions to these communities once the fruits of their labors became known to the outside.

They were never meant to exceed a certain threshold, it was only sustainable up to a point. In the beginning, some communities who let outsiders in and expanded past the threshold collapsed causing massive amounts of people to fall back into the competition of resources. This began the need for protective organizations to keep those communities unaffected by expansion safe from collapse and those jealous of their way of life. Strict rules began to be put into place to allow for life in utopia to continue. Once the exact threshold was discovered waiting lists to join these communities began to emerge.

Outer cities were erected giving a taste of what to expect once granted entrance to these utopias. These became testing grounds to deduce if someone would be a good fit in the community. They were given smartwatches that tracked how they spent their time and what they could bring to these self-sustaining cities. The lists would soon grow so large it could be years or even decades until you could enter.

There was an option to fast track your way in. Joining the Protective Organization of a utopia granted you immediate entrance though you had to keep order in the outer cities as well as inner. As you can imagine not many were needed inside the utopia due to the nature of those unaffected by the need for resource acquisition. For the outer cities, this was not the case, they still fell into the old archaic form of society that fed the need for competition for the best resources.

This is a story of a youth, that grew up in the outer city, who has been accepted as a Protection Officer in the Utopia know as Charity. 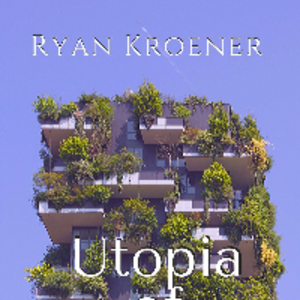 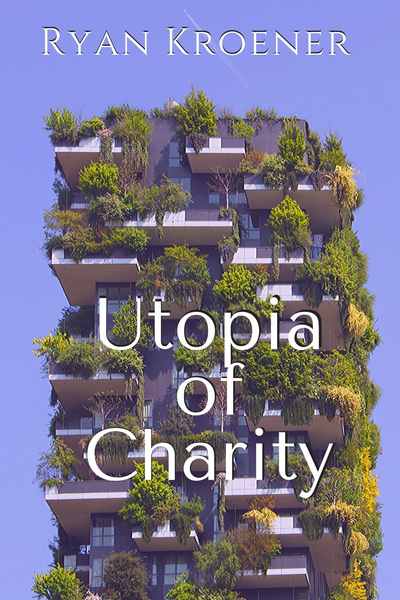 Once a highly contagious virus that wreaked havoc in the world was all but neutralized. Self Sustainable Cities simply called Utopias began to emerge, those who wished to join these communities erected Outer Cities which gained a small taste of what they might one day get to experience. This story follows Razi a fresh recruit who must maintain order in the cities outside of a Utopia known as Charity.
Subscribe 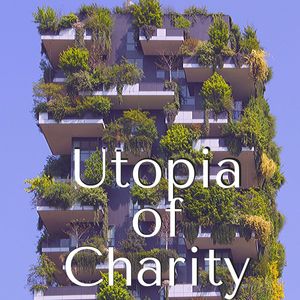