The most profound solace lies in understanding, this ancient, unseen stream, a shudder before the beautiful. In the cold hours of the midnight moon, the king of Apocrypha arose from his throne. His appearance was unlike anything the world has ever seen; his face was dark, pale, and far too demented to be called pure. During this time, he began to remember how it all started and how he became what he is now: a king of darkness, a knight of the dark embrace, and a demon wolf. He walks from his mighty throne and opens the doors leading to the rampart where he can see everything from his kingdom to the world's outer reaches.

His name is Mephiles, the Demon Wolf. He ruled with an iron hand, and his ultimate desire in life was to give a new beginning to a dying world. A world cast away from the heavens and where demonic creatures are abroad in the night. He looks up to the sky and watches the stars along with the moon; for a short while, he felt his massive power engulf everything inside of him. He almost forgot what fear felt like, and there was a time when he would have been terrified by a shriek in the night.

He stood there on the balcony and awaited his greatest enemies to fight death and end his reign upon the earth. He was a brave man who seemed to never back down from any onslaught or battle. He had demonic-blood and wolf-blood inside his veins, his eye color is red and black, and his sword was crafted through metal and ancient nordic steel. As he stood there, he was carrying sand with him to commemorate the memory of a woman he loved long ago. She was taken from him, and once again, he was left with nobody to like, nobody to cheer him up, and nobody to tell him their true feelings about him.

Mephiles opened up his right hand and released the sand so that it can fly with the wind; once again, he was left with no peace and forced to rule alone. It was one of the many things that he'll never get back, and it will take him a very long time to throw away his sorrows. The demon wolf watched as the sands flew into the horizon and the night sky. The sky itself was filled with darkness, and the voices within the castle were gothic and horrifying to listen. Mephiles looked up into the air to remember how it all began and how everything he has ever done led to this moment.

For a long while, he stood upon the rampart and looked at every single star and the full moon. He looked up and began to look back at his earlier days before he became a demon king. This is his story. This is his tale. This is how a man who sought ambition and a kingdom began to change his life.

A dark fantasy of the devil passing through the lands of the earth and the wolf hiding from the moon. The Devil and the Huntsman.

Our tale begins at a full moon hovering in the sky and lightning striking at many trees. A man stands beside a massive cross that faced a large tower about ten yards away from where he stood. So much wind was blowing in his direction and never seemed to cease as he began to walk ahead along with a few other knights. There were about a dozen knights with him, and all of them carried swords and held them in defense. The young man also had a sword, a double-edged nordic sword which ran from his back to his knee.

His name is Julius of Romania, a prince of a late kingdom that fell into ruin by the demons a couple of years back. His brother was the true heir to the throne after his father dies, but the demonic elder dragon entered the world along with all the hordes of Hell. As a young teen, he was taken in service to the king of Midland, but those events are no more. The demonic invasions changed the way of life, and the most powerful of all the demons took the thrones of all the kingdoms. Julius took the knights with him to the dark tower to defeat whatever evil lurked inside of it; it was by the orders of his older brother.

His brother's name is Harald of Midland, the earl, and chieftain of Loftain. He is the man who makes sure his city is kept secure by its walls, which stay away from any stranger, especially the demons. For about fifteen years, Julius served as the leader of the knights and squires and was very skilled with the sword. He and his brother protected Midland's people from carrying on their father's legacy and never be afraid to act accordingly. Both of them swore their allegiance to their father, and both vowed to fight to the death against the night creatures.

Julius showed no pity or remorse towards his brother and never plotted against him; everything seemed pretty reasonable for the two of them. Both Julius and Harald had a wife, and each had only one child; Julius had a daughter, and Harald had a son. Julius's daughter was named Lagertha of Stockholm, and Harald's son was named Brant of Midland. They raised their children and made sure they were protected and kept safe from the night, and they were warned never to walk outside at night. And so, Julius and Harald remained loyal to each other and lived on to defend their people and home against the creatures of the night.

Meanwhile, on a particular night, Julius walked to the large, dark tower where a red light was shining around the building. The men who were with him became very fearful of what might happen if they walked any closer.

"Captain! What do you think we'll find in there?" A knight asked.

"Have no fear. A great evil lurks in that tower, and only we can put a stop to it," Julius answered.

"I've heard many things about that place. I've heard that a massive beast with large wings lives inside it," the knight said.

"I've fought numerous demons before. This isn't anything new for me. Any demon that stands in my way will meet my blade. So long as you are with me, they won't so much as leave a scar on your chest. Our swords are stained with salt... it's their greatest weakness and kills them instantly. I've done it before, and so have you."

"True, but this one creature is more powerful than a dozen night creatures put together. Even if we do get very close to that beast, he'll kill us all in a single heartbeat!"

"Do the dead frighten you, sir knight? Need I remind you why you've come with me on this important task? How many demons have you slain already? Hundreds? Thousands?"

"Then, you must know that the demons will get progressively stronger and more challenging to defeat. It depends on how many of them you have put to death. It differs from how much knowledge you have about the night creatures. The hordes of Hell already know me too well. They will do anything and come up with new ideas to try and take me down. But that's not happening on my watch... I will cut them all to pieces until I draw my last breath."

"Of course, captain! Your word is absolute. The demons are petty and pathetic. Their rule is weak."

"That's the spirit. You speak like a true knight of Midland! Now, stay close to me... that goes for the rest of you. Any creature that comes our way strike them down. Fight as if your lives depend on it. Let's put an end to this madness."

And so, they obeyed the word of Julius and continued to stay behind him as they draw closer towards the high tower. Even though they were exceedingly afraid, they still followed their leader's command and had to put their trust in him. Then, Julius pulled out his greatsword and prepared for anything to come his way as the night was already upon them. The night showed them that the demons would devour them if they don't do anything to defend themselves. He made sure to stroll to make sure he doesn't lose his comrades who were still behind him.

And before any of them could make a sound, they looked up and saw that the moon began to change color. They witnessed before their very eyes that the moon is being stained with blood, and it triggered the demons to hunt down their prey. 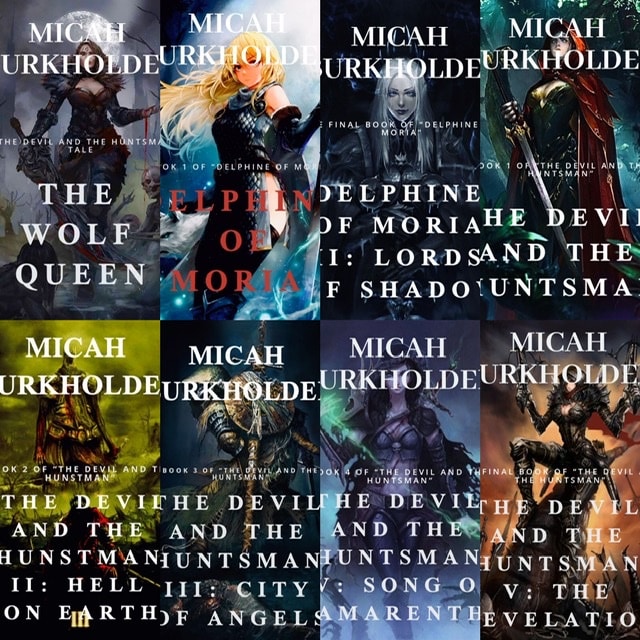 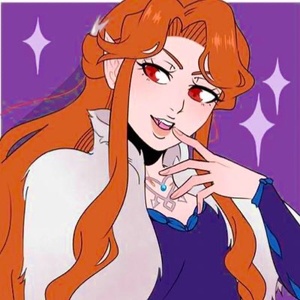 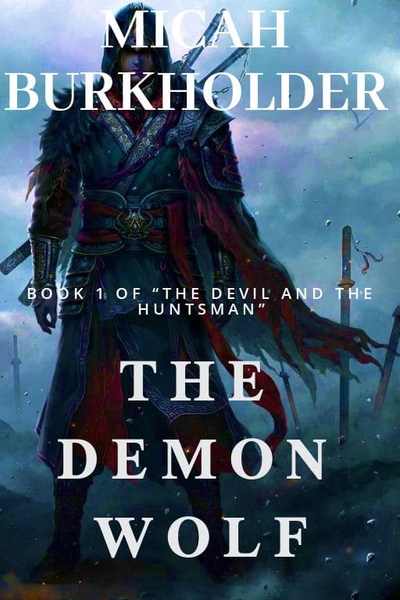 AN ERA OF DEATH AND FIRE

A great darkness is coming, and in the frozen wastes to the north, sinister and supernatural forces are massing beyond the far reaches of the earth. At the center of the conflict lie, two brothers, one who is destined to be the next king of Midland and the other who succumbs to the dark embrace. That man's name is Julius of Romania. The world would soon call him a name that is cursed and feared by all... Mephiles.

The Demon Wolf is the first installment of the dark fantasy series, The Devil and the Huntsman.
Subscribe 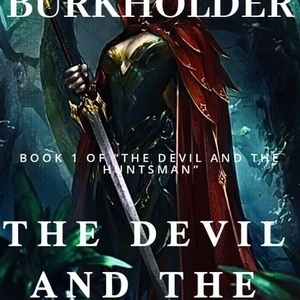