"I want a hyena..." I hear Max pout. Currently talking about the movie we saw, Birds of Prey with Harley Quinn while in the kitchen. I got to say, the movie was good and powerful but when the hyena Bruce came on, Max went batshit crazy. They kept talking about how much they would give to have a pet Hyena. I personally thought they were cool but that they should stay in the wild.

"Ugggghhhhhh, I want to be Harley Quinn." They sigh out. They have been pouting about this for 2 days already.

Max hands me a sandwich they made for me and I smile in their direction. "If it makes you feel better I can change into a wolf and we can cuddle." I cheerily reply while biting into my delicious sandwich.

"I'm rolling my eyes at you by the way." Max huffs out.

"Thanks for the info, I'm going to go back to not caring now."

"HEY! I just made you that sandwich, you should be caring about my facial expressions."

Before I could answer I hear a pack member walk into the kitchen we were having lunch in. Smelling them I can tell who it is. Derek, ugh here we go.

"Hey, Jayden. How's it going? Why aren't you in the dining hall with everyone?" Derek questions while moving to a cabinet grabbing chips.

"Alright, are you sure you don't want to hang out with us instead of... him." Derek sneers at Max.

"It's THEY you dumb shit!" Max snaps at him. I clench my jaw in anger.

"Sure whatever. Just make sure you aren't ruining your reputation more by hanging out with him."

"What did you just say to us, Derek?" I demand.

I hear him start to walk away. Anger courses through me. Before he could even take a step closer towards the door, I grab him by the collar weirdly knowing exactly where he was. Shoving him against the island, I hear his heart beating rapidly. He laughs nervously while trying to take my hands off. I don't even move an inch. Derek starts getting more nervous when he realizes he cannot move my hands. I feel his breath coming out in pants on my face.

"Remember your place, Delta." I growl out, feeling my canines coming out. He is shaking like a frightened little bunny. Derek is a bit taller than me but not by much so it isn't that hard to get in his face or guess where it is.

I push him back lightly by the collar and let him go. He immediately stumbles running back to wherever he came from, my canines shrink slowly back to a normal human size.

"Oh, shit! That was fucking awesome!" Max exclaims while the vibrations of his jumping up and down reach me.

"You were like, 'I'm the Alpha here bitch.'" They say imitating my voice. "Fucking awesome!" I smirk.

"Oh, hey Dom!! Jay here was just showing up some low class act how to be a real Alpha. He was awwwwwesome!!!! Jay did not put up with that shit!" That makes Dom pause.

"Jayden... did you use your Alpha Tone?" Dom questions me.

"No," I sigh leaning against the counter rubbing my eyes, well fake eyes. "We made a deal, I can't do that to any of the pack members. You know that."

Alpha Tone is something an Alpha can do when they need a little extra oomph in their speeches or commands. No one can question the Tone and no one other than Alphas and Gammas can resist it. I made a deal when I found out I was an Alpha at 15, that if I were to continue to live in the pack I had to never use the Alpha Tone or try to take the leadership away from whatever Alpha is in charge.

Bloodline also has nothing to do with rank, you could have two Omega parents and become an Alpha. You could also be an Alpha but not be the leader of a pack. Is it hard? Yes. A lot of the Alphas who are in other packs must make special deals with the Alpha and Beta of said pack to be able to live a peaceful life even if you were born there. Like I had to.

"Yes, I do know but as the Alpha I have to make sure."

"What about making sure the pack doesn't speak down on us again?!" Demanded Max.

Dom sighs loudly, he walks to my side of the island and pats my shoulder.

"I'm sorry for whatever Derek has said to both of you. I will speak to him."

"No need, it will create unwanted drama." I insisted while leaning on the counter crossing my arms.

"What!? Unwanted drama!?! I want the drama!! I want to sit back with popcorn and watch as Derek gets yelled at!!" Max shouts at us from across the island. They are grumbling under their breath, complaining how it's unfair.

"Max, do you want Jayden to get stuck in the middle of pack politics? Do you want him to get criticized more than he already is?"

"No, I don't. I don't even understand why he is getting criticized in the first place! You should be able to stop them!"

"I couldn't do that even if I wanted to. They would find ways to torment you and Jayden without my knowledge. They will still speak about him behind his back as much as they are now maybe more." Dom sighs in remorse. "I don't want to make your lives harder, I'm sorry for this truly I am." He sympathizes with us but he will never understand.

"Max, just go with it. The only thing we can do is protect ourselves. They won't do anything physically damaging to either of us. It's just name calling."

"You-" they sniffle, are they crying? "You don't understand. They continue to call me he. I hate it. You know how much I hate it." They cry out, their elbows hitting the counter making me think Max has their head in their hands.

Why am I so stupid? I didn't even consider what everyone has been saying towards them. Max has PTSD from shit like this.

"I'm so sorry Max, I didn't even think about that."

Max laughs sadly with tears in their eyes. The smell of saltwater making want to go over and hug them but I know they don't like to be touched when they are angry or sad unless they give direct permission.

"It's okay. Not many people think of the effects of calling me he has on me." They take a deep breath in. Max moves away from the counter and starts walking towards the door.

They walk out of the kitchen to their room leaving me here questioning how much of a dumbass I can be.

"Jay, finish your sandwich. Looks like I'm actually going to talk to Derek." He breathes out surprising me.

"Yes, I won't say anything about you though. Max is a human but they are still pack." Dom says shocks me once again. He is full of surprises this week, isn't he? "He- sorry, they won't get into as much shit as you would since you are a werewolf and you have a high rank in the pack. Max doesn't have a rank at all so they won't care as much. I don't know if my talking to will shut them up but I would like to try at least before it gets worse."

"Okay, I'll tell Max when they are up for company." I push myself off the counter and turn to my sandwich. I know Max won't want company for a while so I can take my time eating.

"Good." He goes over to the same cabinet Derek was and grabs a crinkly chip bag. "I'll see you later." 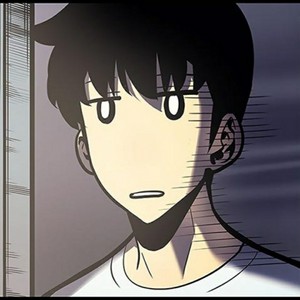 I hope you liked this chapter!

Jay is an Alpha and the ranking system will be explained in later chapters. Yay!

Thank you all again for reading! Hope you have a great day <3 Stay safe and Healthy! 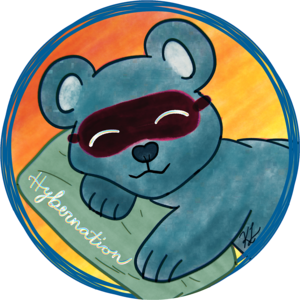 You better keep writing/posting this story!! 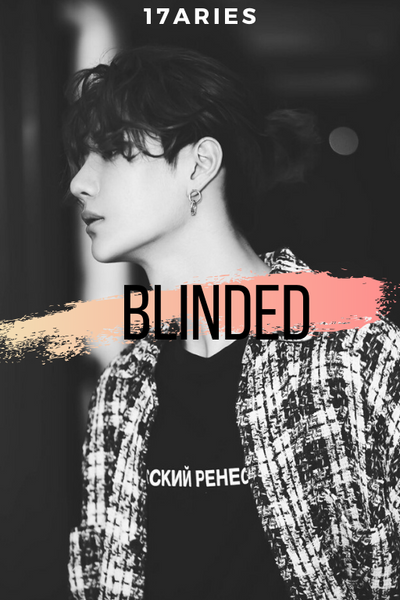 Blinded and tortured at the age of 19 from an unexpected attack that changed everyone's fate in his town and pack. Jayden, a blood born werewolf, has to find his way in his new world with the help of friends and family. Everything is changing and fast, will he be able to keep up?

It's his decision to decide who to trust and who to kill...
Subscribe 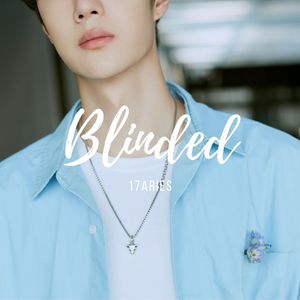