He tried to prove himself. Gabriel and Miguel were in a three-on-two, they were dealing with the 1st, 2nd and 3rd goblins. Meanwhile, Laura, Zoe and Larissa took care of two more, the 4th and 5th goblin, in a place not so far away. Gabriel already had his two daggers in hand, using his mesh under the long sleeve shirt Miguel had given him. The two constantly switched targets among those three, but for most of the fight it was Miguel who took care of two at the same time. Miguel raised his sword in an attempt to cut diagonally, but he knew it wouldn't be that easy. Of course. The 1st goblin escaped by rolling to the left, he tried to trip the tank, Miguel, but he didn't have enough strength. Miguel just looked, not understanding for a moment, and then, kicked the goblin in the face.

Gabriel just defended, he was waiting for an opportunity to attack, perhaps in an oversight of the goblin who was attacking Miguel, but even if it happened it would not be so easy to go through the 2nd and 3rd goblins that he was currently dealing with.

— Hold on just a little longer! I think now I'm done with this pest.

A little later, Gabriel heard a loud sword sound on the ground, but it didn't seem to hit the target, and if he looked away, it could be the end of him. He was going further and further back, just taking hits from the two creatures' daggers, colliding his two with theirs, causing it to deflect them sideways, when himself didn't just dodge. But he had to stop them, he was starting to get away from Miguel, maybe that was what the goblins wanted.

— Do they have enough intelligence to think about it? - he thought.

Gabriel then, when deflected a stab of the 3rd goblin with his dagger, he moved the upper part of his body backwards so that the dagger of the 2nd did not reach him, and was successful in kicking the same. Somehow, it looked like the 3rd goblin had dropped his dagger when Gabriel dodged it.

Gabriel moved forward while he was still stunned to hit the 2nd goblin in the chest, but at this point:

Gabriel hit the 2nd goblin. In the chest. Deep and entitled to instant death. But Gabriel fell over his body on impulse, and the 3rd goblin was waiting for it. The goblins, naturally, were not emotionally connected creatures, they would sacrifice one of them for a bigger cause, but because of Miguel's warning, Gabriel managed to narrowly deflect. He rolled to the opposite side of the 3rd goblin and the creature's dagger just scraped Gabriel's cheek, nothing deep. Without delay, Miguel entered between him and the goblin, apparently Miguel had already defeated the 1st goblin, now there is only the 3rd.

— Are you alright? Can you get up? — Without looking back, Miguel asked.

It would be humiliating.

— I really think I should be helping Goofy and Miguel — Laura looked in their direction, she could see the silhouette but nothing more.

— I already ... said ... — There were repeated hits between Larissa's short sword and the 5th goblin's dagger, until there was a stronger one.

— I already said that Gabriel needs to be more independent. Larissa gave Laura a brief look, but then turned to the goblin.

— Independent with Miguel as a nanny?

— Totally alone is difficult, right? — Zoe who looked at Laura, but also had to turn to the 4th goblin said.

This kind of interaction was happening frequently during the battle.

— The less people around him, the better. — Larissa continued.

— He has to mature, let go this child prove—himself thing. — Zoe alternated.

— Even so ... you should talk to him directly about it, he doesn't know that you know about this thought of him, though. He thinks he's hiding it perfectly.

— Well, he is... not! — Larissa finished the 2nd goblin with a diagonal cut while finishing the sentence.

— Well, you always had a hard time discussing this kind of serious thing, even though you are the leader.

The 1st goblin was on top of Zoe, pressing his dagger against her sword. Without answering to surprise, Larissa came up from behind and hit the animal on the back repeatedly, getting a little blood on her face, but she didn't care, at that point, it wasn't that strange.

— You are very worried about the "goofy", Laura, do you have any interest in him?— Zoe asked, collapsing on the floor.

— W-what are you talking about ?! Of course not! He's just an idiot. — she looked at Larissa, but the leader was not paying attention, she was trying to look at both.

After being able to see better, the two realized that they were already going to meet them.

— I don't want to hear that from you.

— What do you mean? — Gabriel honestly didn't understand.

— Calm, calm. She is right, there is no reason to cure something of that level. After all, she can't go out healing anything, if she does, she will run out of magic.

— But she didn't even use any now.

— 'Cause I didn't have to, of course. — She made a sarcastic tone. — Who knows if I won't need more in the next fights?

How did it end this way? 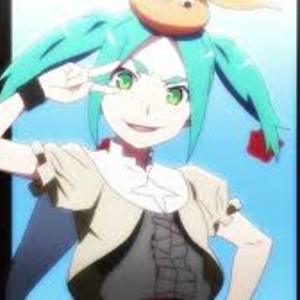 i'll use this as notes
hello!! im posting this series currently on webnovel please check there and support me if you can! thanks! 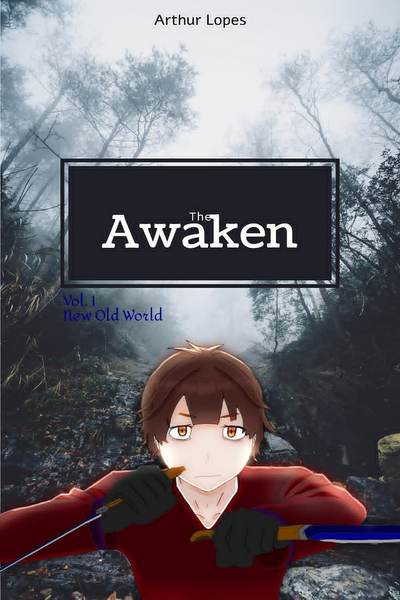 Suddenly and with no apparent explanation, all of humanity enters a state of coma for an indefinite time, upon waking up they are faced with a world full of monsters and magic. Gabriel, a 17 year old, wakes up in this "new world", without his family or friends. This is the day-to-day life of someone who lost everything and while killing monsters, he is trying to find a reason to live another day.
Subscribe 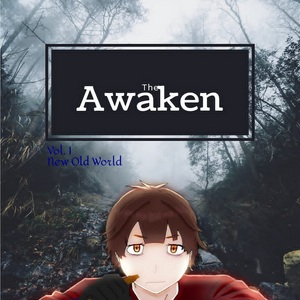