It was hell on the Academy grounds. Why his brother sent him to represent their clan in this god-forsaken school, Michael didn't understand. All he knew was that Amanda Lucifer was a real pain in the bottom. The school didn't treat vampires with equal rights. Why did the other students get to enjoy luxurious beds and food when he had to put up with sour blood and stale earth?

No offence to the rest of the supernatural community but Michael absolutely hated their blood. What was with omegas throwing themselves at his aristocratic self in exchange for semen? Did they think he was fine with any type of blood? The blood of beasts was the worst and the vampire was craving for any good human blood.

Speaking of human blood, he couldn't help but recall that amazing smell when he walked past the omega dormitory. Yes, there was a fox demon protecting a human exorcist if he recalled correctly. That same fox demon who always had this amazing smell on him...

Initially, Michael thought that the delicious smell came from Soubi but after Sei confirmed that Soubi's blood type was not O+, the vampire started looking deeper into it. Lo and behold when he found out that the snow fox's roommate was his ideal walking blood pack!

"It must be fate," Michael convinced himself from inside of the coffin. "There's no other way to explain it. After several centuries of search, I finally found the one with the rose blood, my brother must have known about it before he sent me to this hell hole."

Unlike normal alphas and omegas who were attracted by pheromones, Michael was only attracted by the smell of blood. Rose blood was the rarest type of blood that belonged to only humans who have lived through dark and tragic times. The requirements were very strict and many vampires cultivate rose blood holders. One didn't simply exist like a mushroom after a rainy day. In the entire Academy, Michael had confirmed it. There was only one human who had rose blood and his name was Ringo.

It was only a glance or two at most but there was something the vampire couldn't understand. Why would such a young and cute human boy be able to have rose blood? Usually, rose blood was found more commonly in women than men and during times of war when despair is sky-high. The carriers of this special blood must be suicidal at some point in life and have attempted to sell their soul to the devil but failed. They must also be a virgin and have a romantic heart that believed in fated love. Lastly, these blood humans must have committed murder. Ringo looked like he didn't fit the first or last criteria although Michael was happy that the exorcist was a virgin and a romantic at heart.

The door opened and slammed shut before there was a loud thud indicating that Sei was bad. From inside his coffin, Michael could smell a faint scent of rice wine.

"Welcome back," the vampire greeted and slid open the coffin lid.

"I'm back... are you feeling better now? I'm sorry they didn't have O+ blood packs so you'd have to make do with some B type for a while. The school has been asking for donors but not a lot of people are willing to share their blood."

Michael smiled weakly. "It's alright. Artificial blood tastes awful but it does its job. Have you been drinking? You smell like rice wine."

The black snake demon grinned. "The Tengus stole some from the staff pantry and invited us for a few rounds."

Michael watched as Sei stumbled around to get himself sober. It wasn't the first time Sei drank but what worried Michael the most was how the snake would often sleep in the bathtub until the water became cold. Unlike warm-blooded demons, Sei was partially a snake and anything that was too cold would put him into a dangerous state of hibernation.

"Don't sleep in the bath," he cautioned and Sei waved before leaving the room with a change of clothes and a towel. Michael couldn't help but worry for his roommate.

Getting up with difficulty, the vampire decided to kill some time night hunting on the school's hunting grounds before he checked on his drunk roommate. Hopefully, he would be able to drink from something better than that swallow he caught last time. Michael didn't think the blood was bad but he didn't want to floss feathers out of his mouth again.

The arriving vampire made his way to the hunting grounds and activated his abilities. With a powerful pulse, Michael was able to tell that there were many good prey tonight. Some of them were huge and rare like the mountain lion. These animals might be pets to some of the wealthier families but for Michael, they were just a tasty meal.

And so the hunt began. The vampire's eyes adjusted themselves to the dark and he stalked his prey from the shadows. The prey that caught his eye was an elk with spiritual awakening. He didn't know whose pet it was but Michael felt the thirst burning its way up his throat. Bloodlust clouded his vision and judgement, and his fangs elongated.

In one swift jump, the vampire got onto the back of the elk who shrieked in shock before taking off like a bullet, trying to throw the hunter off its back. Michael was about to sink his fangs and drink from the poor animal when something silver came his way.

Sensing danger, Michael jumped off from the elk and dodged the silver darts. The attacker chased for a while and Michael hissed at the annoyance. Why couldn't a vampire drink in peace?!

Irritated at being forced to give up on his food and starving, Michael made a complete turn to lunge at his attacker, taking him by surprise.

The hooded assailant was knocked over by the vampire and they fell to the ground, kicking up piles of dead leaves in the middle of the hunting ground. The elk that Michael was chasing had long run away but now, there was something that smelled even more mouthwatering than that stupid elk.

Under the dim artificial moonlight, Michael could now make out the face of his attacker whose hood had fallen off when they tumbled. Shock made the vampire freeze and he recognised the hunter. 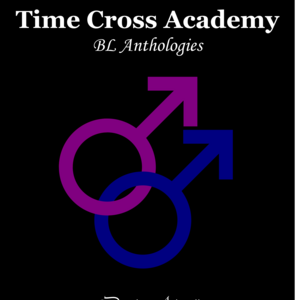