In the lowest neighborhood of Ranthal at ground level, the capital of Namurova, there are thousands of commercial exchanges every day. There's the established business, with its humble and small shops that usually offer shoddy clothing, fast food, and second-hand technology. It's also easy to come across with the non-established business, where vendors expose their questionable-sourced merchandise in blankets over unpaved alleys, at exposure to the dust kicked up by visitors. However, in terms of presence, quantity and quality, the black market was a kingdom in terms of sales and it spreaded through Roska as a silent disease in plain view of the citizens. Unfortunately, this market ended up being a necessary evil more times than people wanted to count. Services? The fastest. Clothing? Low quality but a lot of style. Food? Stolen, but at least they always had. Weapons? Lots of them.

“Analog” was a store located in Roska in the shopping alleys and its lack of customers was more than justified by its unfortunate location. Since money in the area was scarce, nobody had the resources or the cultural interest to buy items from the past world. Rarely a customer managed to find the curious store by rumors. Of course, if Sian had only sold antiques, she would have gone bankrupt a long time ago. The woman knew that selling books, watches and archaic electronics was not enough to survive. So, she wisely decided thanks to her wide portfolio of suppliers and connections, to trade not entirely legal items. Sian was respected within the circle primarily because of her rigid selection of clients and she specialized in weapons, armor, and ammunition. However, with some patience you could get almost anything from Sian's store.

In Roska it was very common to find narrow alleys where doors appeared surprisingly out of nowhere and in any shape. In an area so far from the center of the tower, such as the area where Sian's store was, sunlight could still be seen through the tiny spaces between the buildings that stood in each alley. At night, the darkness governed all over the place and was only interrupted by lights installed by the shops or the inhabitants themselves. A good example of this was the same Analog who proudly displayed it illuminated letters in a warm light, above a curved wooden door arch (like few others on the continent) decorated with horizontal black metal bars.

Once inside, you could see a beautiful chaos made up of a series of display cases with lots of objects, each one meticulously labeled with a price in kuramas, the continent's international currency. On the right, you could see three book shelves available to customers with books of all sizes and colors; all old and some almost destroyed. In front of them, two counters full of minor items of all kinds: glasses, bracelets, necklaces, toys, bowls, smartphones, memory cards and pieces of old computers, wallets, headphones and a long etcetera of small things for eccentric collectors. To the left was a glass counter that turned around at the bottom of the store and continued to the right until it hit with the library, forming a gap between the clientele and Sian. These were also full of small objects, but much more valuable than things that were freely manipulated by customers. On the walls were hats, paintings, posters, canes, screens, musical instruments and past world weapons, among other endless objects. Actually, it was a store to have a good time if you knew at least a little bit about the past world. Whether it was particularly expensive or not depended on the object and finally how rare it was.

On a nice spring day, for those who had a chance to see the sun, Rauni paid a visit to Sian around 4 P.M. This meeting was previously arranged for the negotiation of a sword that the buyer had insisted on for a long time and that for Sian was a goddamn headache. Inside the store, an old world radio played piano music and the woman followed its rhythm by tapping her fingers against the counter.

“50.000. No more, no less” declared a stout man with blond and straight hair pulled back, making a tail at the end. He had very short hair on the sides. He wore an old and damaged burgundy jacket with the sleeves rolled up and a considerable number of belts holding who knows what weapons.

Sian looked very young and her clothing style accentuated this characteristic. Usually, she wore dark, baggy clothing on top, always making sure to show her shoulders or part of his belly. At the bottom, tight and somewhat worn pants full of belts with small objects as the youth of these days usually did. And of course, the popular boots that never went out of style.

The man stared at her through his green eyes behind the glass counter that reached his waist. Dozens of analog and digital watches were displayed in a case, waiting for an eternity to be purchased with a loud ticking, something that for many could have been unbearable. She crossed her arms full of bracelets and looked at her client with disdain and then shook her head indicating her disapproval for his actions.

“No deal. Do you even know how hard was it to get a wonder like this? Lots of work, lots of calls and lots of pretty faces to filthy old men. So no, 60.000 or this beauty stays with me” answered the woman, somewhat irritated. She adjusted the strand of purple hair that started to annoyingly cover the right side of her face. On the left, she wore it braided and tight precisely to avoid that problem.

Rauni leaned over the counter and settled on it with his elbows. A smile from ear to ear appeared on his face and he looked into the brown eyes of his favorite supplier with the intensity of having victory assured. Sian returned it, narrowing her eyes and trying not to be defeated. She knew Rauni was hiding his ace up his sleeve. When she realized that this guy was a master in the art of bargaining, the girl started raising her prices beforehand since she knew that Rauni would always ask for a discount. Despite this, she remained steadfast, hoping to defeat him in this battle.

The golden-haired man took out an envelope made of brown paper from the inside pocket of his jacket and gently slid it onto the counter glass. Then he slowly returned to his initial position, still looking at the woman and still having that winner smile on his face.

“Did I, by any change, tell you I was going to pay in cash? 50.000 kuramas, at your disposal” Rauni winked at her with his right eye.

“Dammit! I hate negotiating with you! I thought you would pay using digital, like you always do” Sian snatched the envelope from him and crossed her arms again, disappointed at her new defeat. Normally she would have refused, but she urgently needed those kuramas in banknotes to pay a debt that was not convenient for her to keep. She couldn't risk that much money.

“Actually, that was the plan but where I am going now I need cash. Rural areas are still not very friendly to digital coin.

“Where are you going? A few weeks ago you said you would stay around here” the woman turned her back on Rauni as she finished counting the bills and opened a showcase. Sian didn’t notice but the man looked her from head to toe impressed by how attractive she had become over the years. Either that or she was different from the last time he saw her.

On the wall shelf, there was a long narrow oak wooden box placed horizontally. Inside it was a sword with a bright silver-colored edge. The guard was black with the striking design of a winged dragon facing the tip of the weapon. The hilt followed the peculiar pattern with the scales of the beast, ending in a curve simulating a tail. Besides the weapon in the box rested a beautiful black guard, with three decorations of the same motif.

Sian took the container and put it on the counter. When she opened it, Rauni was in awe to finally see his precious sword. The woman invited him with a hand sign to personally review the product.

“Does it have a name?” Rauni asked, taking the sword and brandishing it in midair. He rapped on the blade with his knuckles and the deep sound of the metal forced the man to nod, closing his eyes as if he enjoyed the sound of it.

"Not that I know of" she said, putting her hands on the counter.

Rauni looked at the weapon again and exchanged a couple of glances with the black-haired woman with violet hues. He thought with all the creativity he had for a few minutes until his brain gave him a good idea.

"Siagon. You know, because of your name and because it’s inspired by a dragon.

"What a silly name! Look for another one” she said, blushing.

"Hey, you didn't answer me before. Where the hell are you going now?” she turned to close the shelf and hide her face from her mocking customer.

“Far. I haven't even told Louhi yet, but what I can tell you now is that it will be a dangerous job and they will pay so well that I could buy all the merchandise you have now, twice. Including the goddamn banjo you have hanging there” Rauni pointed to his long desired old instrument in a glass case on the wall to his left. Way to expensive for him to buy.

Sian laughed so loud that echoed throughout the entire store. If a customer had entered in that moment, surely the laughter would have scared him away.

"Who would pay that much for a mercenary job? Your boss is clearly out of his mind.”

"An foreigner." his expression left any trace of a smile.

"Are you kidding?" The blonde looked at her and shook his head with a serious expression. "I imagine you have already heard the rumors about the war."

"You should stay in Namurova, but you've always been an ambitious fool..." Sian let out a sigh, folding her arms again.

"Pff, yeah, sure." Sian shot him a hostile look. “Although I admit I’m a bit concerned about that wallet disappearing.”

“Very funny. Is that the way to treat your best client?”

“Of course not. But it's the right way to treat clients like you.” Sian smiled wickedly and shot Rauni an intense look.

The blonde turned to the door and when he was opening it, the woman's voice forced him to turn his head.

"Give my regards to Louhi. And… don't do anything stupid.” Sian tossed him a bag whose contents made a marble-like noise as it landed on Rauni's right hand.

-Courtesy of the house. You know, we need to keep up the good reputation of the store.

Rauni laughed out loud as he stepped out the doorway. When he closed it, Sian stared at the wooden door in complete solitude except for the piano that continued to sound non-stop through an old radio. She let out a sigh and wondered if she was good enough to continue doing those dreadful fleeting deals. The same thing always happened with every weapon she sold. 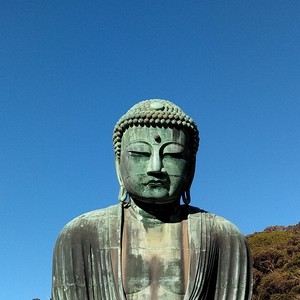 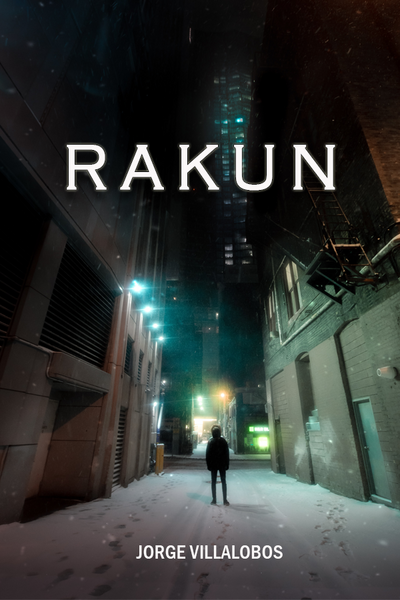 It's the year 1094 after "The Fall". In the first floor of Ranthal, Rauni and Louhi are getting ready for the most lucrative mission to their lives: steal a meteor. This weird situation will be a starting point to the journey of these mercenaries through a fierce continent, which is not the place that it seemed to be.
Photo by Touann Gatouillat Vergos on Unsplash.
Subscribe 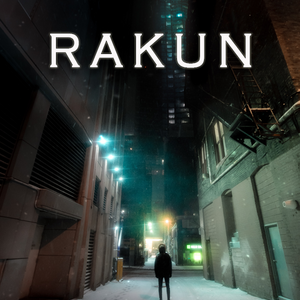