“Come in. You're Alexadropof, right? The one they call the Senior?”

“Yes. I am intruding upon your personal business but… you have been feeding some of your staff, have you not?”

“Never mind, the evidence is visible upon your wrist. You are marked.”

“No sense in trying to deny it?”

“Of course not. Even were you not marked, Beatrice cannot hide it.”

“And what is your purpose with this knowledge?”

“You may not know but in times past some of us kept mortals who served us as food animals. I have never liked the practice. It is my intention to assess whether you are being used or if you are still in possession of your faculties. Your free will. That day in the library when Beatrice stood up to Old Mae, you had your freedom then. I wonder if that has changed.”

“Have you reached a conclusion?”

“If I told you that you must never do it again, would you refuse her?”

“That does not bode well. Why not?”

“Because I don't take kindly to even a well-intentioned intrusion into what should be a private matter. I don't wish to become angry with you. The Mistress is aware and keeping an eye on me.”

“I see. Not an answer that an ensnared food animal would give. Very well then.” The old vampire stood up to leave.

“Wait.... how would I know if she had been messing with my mind?”

“You wouldn't. But you wouldn't be able to ask that question, either.”

“I don’t mean just about being… turned into a food animal. What about any sort of… unconscious manipulation?”

“You suspect you’ve been influenced?”

“It is likely you would not know such a thing had occurred save only for some inexplicable alteration of plans or determination. There might be a vague memory of the event, but you’d probably believe it was your imagination or a dream.”

“You do have a concern, then.”

“No… it confirms something that I thought I’d dreamt. But it doesn’t give me concern.”

“Beware, Professor. Be certain that you are in control of whether she takes you.”

“Ahhmm… there is something else I’ve meant to ask someone. You’d know, I’m sure.”

“What did the old one, Old Mae, mean by me being Beatrice’s pet?”

“Ah. I told you of food animals. Suppose a vampire took a fancy to a human and decided to keep it, but let it keep its own mind, its personality, instead of subduing it completely. It might be kept against its will or it might submit willingly. Either way, it is owned and ruled by its master. That is a pet human.”

“hmmm… You have your own mind. You’ve submitted to her by your own choice. What do you think?”

“hmm. No, you don’t. Nor does she. You know she is stronger than you, yes? If she owned you, she would use you anytime she chose. You would have no options.”

“There’s at least one time she could have done, but she didn’t. She even told me about it. She’s… gentle.”

“So then, you aren’t her pet human. Does that make you happy?”

The Senior nodded. “Relieved…that your feelings are truly your own, I think. Listen, my friend.” (The Professor thought he’d just gotten a promotion in status.) “To be her pet is an insult if you’re forced to be. If you should choose to give of yourself to someone because you decide their happiness means more to you than your own, why should you care what others call you? Perhaps you might even rejoice in being that person’s pet.”

“People do that, don’t they? Normal people, I mean. Call someone their pet.”

“So they do. Now… if Mistress has you under her wing, consult her about anything you feel amiss. I shall not let it concern me further.”

“Oh…By the way, would you mind if my team consulted you on a few small research matters?”

“Any time, my dear Professor.” 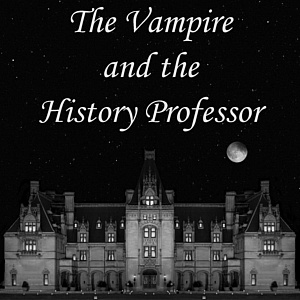