Floopy was enjoying the silence in the greenhouse and thinking of a new song. Amanda had requested for a new musical to be performed because she was bored. It had been a while since the last musical and the archmage was dying for new entertainment in this boring time crack. Asahina was slightly apologetic when she came looking for him to pass on Amanda's new request.

Truthfully, Floopy didn't mind. He would not have minded writing songs every day if the principal wanted it. Composing music was his greatest joy and it would be great if he could stay in the Academy forever and not just five years.

Asahina left Floopy the special access card to the forbidden forest that only a few special students were allowed to enter. For Floopy, it was his favourite hideout and also the place that he could forget about everything for a while. The forest had always been a sacred place for faes and being kicked out of his home meant that Floopy was currently homeless. Without a forest to belong to, faes can only pray that their powers do not diminish. Amanda has been kind enough to offer her magical powers to sustain Floopy's abilities in return for new musical songs. Initially, the panotti was shocked at the contract but after learning that the Academy's brownie librarian - Zinnia, was also under the same contract, he signed it eventually.

The silence in the greenhouse was broken unexpectedly when someone entered. Panicked, Floopy stuffed his half-written scores into his bag and packed whatever he could get his hands on, preparing to bolt.

"Wait! Don't go, it's me!" a vaguely familiar voice called out, making Floopy freeze on the spot. He was too afraid to turn around. "I came to return your glasses. You dropped them earlier. I asked around and was told that I may find you here. Zinnia fixed them for you, please try them on before you go."

The alpha sounded so sincere that Floopy decided to give him the benefit of a doubt and turned around. He was slightly afraid of meeting the alpha's eyes because of how ugly he looked. Surely the alpha would change his mind once he saw his face and Floopy didn't dare to look up.

Syris couldn't see Floopy's face to put the glasses on for him so he did something that nobody would expect of a prince.

Seeing an unknown alpha getting down onto his knees in front of him gave Floopy one of the biggest shocks in his life that he completely froze up. Syris helped Floopy to put on his repaired glasses and smiled dazzlingly. The fixed glasses looked good on the panotti and Syris thought that the other people spreading rumours about the beta boy were wrong. Floopy might not follow the traditional societal norms for beauty but he certainly gave off the cute vibes with his fluffy fur, little eyes and timid gestures. The awkwardness and slight clumsiness with his oversized ears made him all the more endearing in Syris' eyes.

"There we go, all better. You look cuter with glasses."

Blushing furiously at being unintentionally flirted with, Floopy stuttered like a woodpecker's pecking and apologised rigidly, bowing so low that his ears swept the greenhouse's ground. Before Syris could stop him, the beta had escaped swiftly. For someone so short and small, he sure could run fast. The siren prince laughed at the memory of seeing a brown blur of fur dashing past him with pinkish ears. Floopy was truly adorable.

With the panotti gone, there was no more reason for Syris to still be in the greenhouse. He should return quickly before Bruce reports him missing and demand a search party to be formed.

Returning swiftly to meet up with Bruce at the dormitory, Syris found his mood a lot better. He'd long grown used to the wicked tongues of others calling him things like "defective" and "tone-deaf". It was true that unlike other alphas, he wasn't very high on the list of "Ideal mate". If anything, Bruce had more pursuers than him the legitimate prince so that should be saying something.

"You're back!" Bruce grinned toothily and waved to his friend. "Did you finish what you wanted to do?"

Syris nodded. "He ran away again but I managed to return his glasses this time."

Bruce studied his prince. Syris looked gentler than normal and generally happier. "I see. Well, I'm not going to judge who you want to hang out with unless they want to harm you. In any case, I did some asking around and I heard something rather interesting. You might be interested in this news, it could help you."

While Syris wasn't the kind of person to listen to rumours, he still trusted his shark friend's instincts. "Oh? How so?"

Grinning, Bruce shared with Syris what he heard from Ruo Han. "The cultivator won't lie or joke about things like this and even if it was a rumour, I think there won't be smoke without a fire. Nobody knows who this musical talent is but if anybody could help you gain your singing abilities, I think he will be the only one. Your family might have sent you here out of spite but you mustn't let that get to you. I'll always be on your side as I've always been. To me, nobody else is more suitable to be the next King of Atlantis. Even without the ability to sing, you have all the other qualities of a good ruler that your brothers do not have. You're kind, charming, wise and gentle. Everybody except your family loves you, the people love you."

Syris' smile dimmed. Bruce was always like this, encouraging him and trying to find new ways to cheer him up. Syris always wished that he could sing too but it didn't matter how many potions he drank or how many vocal teachers they engaged. He was tone-deaf and couldn't carry any tune no matter how hard he tried. His desperation only became a tightening noose around his neck and Syris felt tired already. If this didn't work, he would quit trying to sing forever. In fact, he might quit speaking altogether. Being a mute siren might be better than being remembered as a siren who couldn't sing.

"I understand. If you have more information about this legendary musician, please let me know. I'll be back late, don't lock the door."

Bruce nodded. "You're going to the music room again?"

The siren prince nodded. Even if nobody believed he could sing, Syris would never stop trying. After begging and pleading many times, the principal eventually agreed to give Syris the key to the music room furthest away from the dormitory for his practice. Although his singing still didn't improve, Syris never skipped a day of practice. He strongly believed that if he prevailed and worked harder than anyone else, someone might be able to help him find his voice. 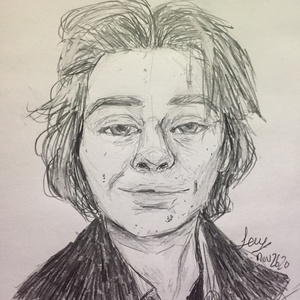 It’s only the beginning but I can tell this one will be my favorite of the current stories, there’s something so charming in the trope of untalented societally beautiful creature falls in love with a talented societally ugly creature 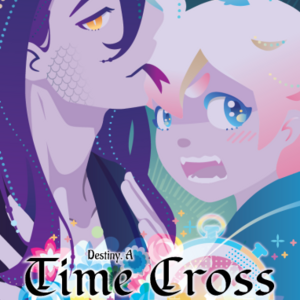