The evening had a nice breeze. The vollagers were finishing their chores for the day. Some, already started the dinner.

A howl is heard from the distance. On a top of a hill nearby, a band of marauders is seen. The villagers are closing the doors and the windows. The men took their forks, swords and axes, ready to protect their families. The marauders are not attacking. They are staying silently atop of their hill.

- Why aren't they coming?

Suddenly, on of the men fell.

Figures came from the shadows. The throats of the men were slit. All the men from the village fell in a blink of an eye.

One of the shadows jumped on a house, and lit a flame, signaling the marauders that the road is clear. The leader from the hill sees it and howls.

The marauders are coming to the village. The shadow, drops the flame, setting the roof of the house aflame. The pillage starts. The old women are killed, the young are being taken. Some of the get raped on the spot. Houses are destroyed, all the goods taken.

The shadows seems to be disgusted by the actions taken by marauders. However, some of them also are checking the houses.

One of them sees a dead body of a woman, in it's own puddle of blood.

- I guess they didn't want to sell this one, said the shadow outloud.

The shadow is surprised, as those pigs that hired them, did not touch this young girl. More so, he did not noticed her before she spoke, and one of his speciality, is to be always aware of his surroundings. She seema to be about 5 years old. Light brown hair, which is rarity in these lands. She is not crying, and by her face, the shadow realized, that she did not shed a tear, while her mother was in the marauders hands,and killed.

- How are you alive? The shadow asked.

- I don't know, they just did not notice me.

The girl is not taking her eyes off her mother's body.

The girl did not reply. The shadow aproaches her. He gently touches her face. A single tear drops from the girl's eye. The shadow notices it.

- Ypu stood good. But this here is a sign of weakness. The shadow wipes the tear and continued. Come with me, I'll teach you how to be stronger.

The girl took shadow's hand, and togheter, they left the house.

So, this is the first chapter of the spinoff. Living is though, these are hard times. The thing that happend to this village happens often in these lands. 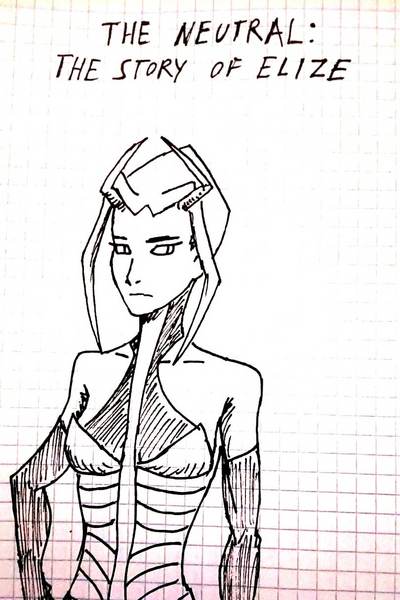 This is spinoff novel, the story takes place in hell, before Sasha Neutro was born.
Subscribe 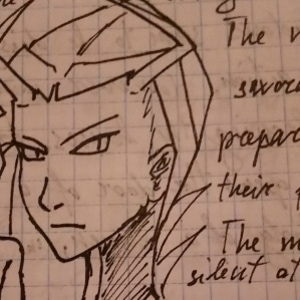