"Ebasi!"That was the single thought that crossed both Kalina and Beloslava's minds, as they locked eyes with one another. They weren't surprised one bit of seeing Asya and Delyana, but Delyana calling the tzarica "mother" made their jaws hit the floor!

"Did you know about this?" questioned Kalina's, who had once again restored their connection with each other minds. Even in their minds, her voice was loud, being taken aback by what was happening. Bela gave her a rebuking look as she pressed one of her palms on her left ear. "Sorry."

"Do you think I wouldn't tell you if I knew about this?!" Replied her posestrima, making it clear she was offended with her voice and facial expressions. How could she doubt her, their bond was stronger to that of blood sisters. They share secrets known only to themselves. They know each other's troubles and fears...desires! "Do you truly believe I would hide this from you?"

"I...I can't believe I mistrusted you on this." Her voice was light as if she wanted to be heard by no one even Beloslava.

"It's fine." It wasn't. Who was she to a knyaginya of Kostica, sister of the tzar?

In the meantime, Rada, who was completely forgotten about was examing the situating, making sure it is fine for them to come forth. Asya came rarely to Zmeikovo, Delyana even more. But the times she did never ended well. The biggest flaw of witches of sense was that they were ruled by their emotions. Emotions they couldn't control in most situations and that made them the most dangerous of the witches. Over her long life, Delyana had learnt to rule over almost every aspect of her mind when it came to it, however, three things that could make her snap, her mother being the first one.

A long time ago, when the Suntolians were still living ununited, in separated tribes, and people were closer to nature, a legendary yunak lived. Known for his strength and heroic deeds, he is celebrated in tales and songs, but none of them will tell you about how he took the samodiva Vida for a wife or how he treated his three daughters with her after she finally managed to escape, when Delyana was still in the cradle, making him a laughing stock to all. His drunken rages, the fists he'd give them instead of hugs. His second wife's poisonous words. How instead of riches, his oldest daughter's dowery were her two younger sisters. And how young Delyana, just like the girls did now, came to look for her mother only to be cruelly rejected and humiliated for the amuse of those gathered.

"How nice of my children to come and visit. But why is it just the two of you? Where is your older sister?" The second thing that could make her snap - mentioning her deceased sister. Delyana's face became an ugly grimace, with clenched jaw and eyes opened almost unnaturally wide, just like her nostrils. Vida seemed unbothered by that as if it was a source of entertainment for her. Nothing surprising about that. When the living memory of the most shameful time of your lie is standing before you, you too wouldn't miss the chance to get back at it. That's what Rada hated the most in the others of her kind.

"We won't be staying for long. Hand me the girls over and we'll leave without causing a commotion!" The witch's face had turned back to normal, though she was shaking slightly. Fear? No, anger! The storm that was harbouring her soul was close to sailing, as wind blow from nowhere and clouds started gathering - a rare sight in the village of the samodivas.

"Is that so?" Not a muscle moved on Vida's face. Like a statue from ancient times, her gaze was so sharp, it could cut through both Delyana and Asya. Sirma tried speaking up, giving herself importance but was fast in putting her back in her place.

"Stay quiet, won't you!" It was perfectly obvious she was trying to imitate Vida, with no success, unlike Delyana who was natural. That was the thing she hated most about herself - how much she was like Vida! No matter how many times her sister would try to talk her out of it, that she was a hundred, thousand times nobler in character than their mother would ever be, the seed of doubt was planted and it plucking it out was impossible.

Kalina, who had the habit of doing things without thinking of the consequences those actions would bring, ran towards them, dragging Beloslava by the hand along her. As her caretaker's eyes shifted towards them she knew of what to aspect when they'd return to Asya's home or did she? Asya pulled her daughter closer to her, leaving Kalina feeling vulnerable. Chernozem gave her Vihar's bridle, signing as he was finally freed from duty. The tzarica stood up and in an instant, her face was so close to that of Delyana's that you'd think they'd kiss any moment now. Alas, that was far from reality, as such possibility was unthinkable in past, present and future. Standing face to face, Kalina observer the similarities they shared, contrasting the lack of such between Bozhana and Rada.

"You have them. Leave at once!"The closeness repulsed Delyana.

"No need for you to tell me that!" A gush of wind blow so strong that it let her hair out of the braids, making her appear even closer to the one of the three she despised so much in this life. But in just as fast as that wind passed the sky cleared, revealing the first crack of violet, orange and pink. Even if they didn't want to leave, they had or even the two great witches would face imprisonment in Zmeicovo until the cuckoo bird sang once again.

Delyana turned her back towards the being that once brought her into this world. Had her hair been still in braids she'd have succeeded in hitting her with at least one of them. No need to speak - Kalina knew she'd had to head out, missing the chance to wave goodbye to Rada at least. Blago stopped her from getting on Vihur and ridding off the right way home, well the way she considered right. Chernozem headed out with them, too, for reasons unknown to the young girl.

Something in Rada's chest felt heavy. This Kalina was destined for a life of thorns, just like another that lived many years before her, that gave birth to the bloodline of the first knyaz of Kostica. Sirma watched them too. Did they know she'd never forgotten about the humiliations she'd had to go through because of them tonight? If they weren't thinking about more important things, they might have given it notice. Vida's voice, cutting through the silence like a broken glass send them off.

"You won't forget to great my son in law for me, will you?"

Clouds gathered once more, as Delyana clenched her fists and Vida burst in grotesque laughter. 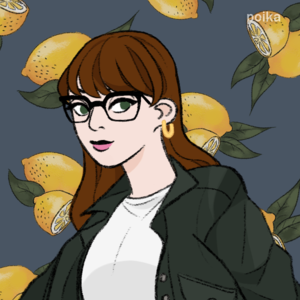 Springmaid here!
This will be the last chapter of the story published for this year if you don't count the Christmas special that would be published this week too.
The chapter is the shortest one I have published this far because it is the final part of chapter two in my Microsoft file on my laptop.

Ebasi is the only word in Italic I used here. In this situation it could be translated as "fuck", however, it has a broader meaning.

Thank you for reading! Hope you enjoyed it!

Oh no :( Guess Kalina got it easy with her grandmother 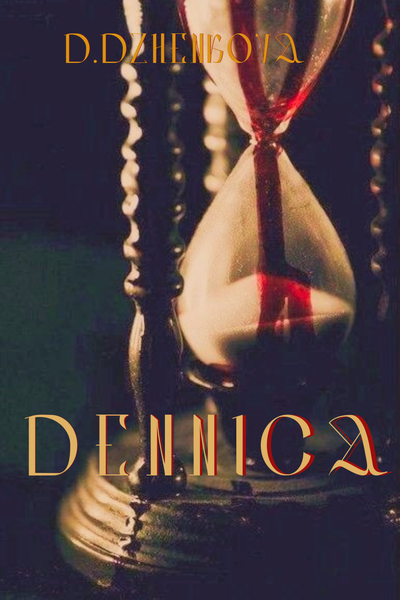 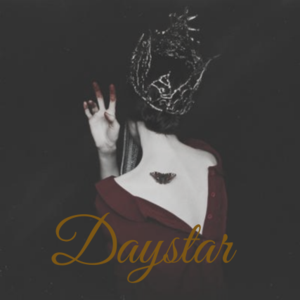